Home Investing Why is Rick Rule so Happy? Interview Part 1

WHY DOES RICK SOUND SO HAPPY IN THIS ENERGY MARKET?

Rick Rule is a naturally happy guy, despite being immersed in one of the most depressed parts of the economy right now.  I’ve known Rick for almost two decades, and it was his comments as a lender to the energy patch—“This is the best time in the Market for us” that spurred my interview with him.

Now a Director of Sprott, Inc., a Toronto-based investment manager with over $7 billion in assets under management, and CEO and President of Sprott US Holdings, Inc., he brought a lot of experience and wisdom to our conversation.

Our one hour interview comes in two parts—look for Part II in the next day or three. 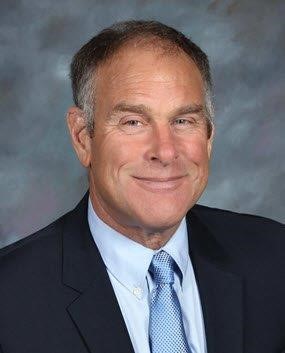 Keith:    Rick, in our pre-interview you said this energy market is not getting you down—in fact, just the opposite.  Tell me why that is

Rick:    One of the huge advantages to being 62 is that I’ve come to live my life in 5 year cycles. As a professional now I’ve been through eight 5 year cycles and 5 years seems a lot less daunting than it used to.

Rick:    Particularly given the scale of the upside I’m looking at. I think if I asked any of your readers if they’d be prepared to live through a 35 or 40% down cycle so they could experience a 5 or 10 fold up cycle, everybody if they thought about it rationally, would say yes.

The problem is people’s perception of the future is set by their experience in the immediate past and the 35% down side seems much more probable then the 5 to 10 fold up side because it’s been so long since we’ve experienced an upside.

Keith:    Basically you’re saying that the risk-reward for you is on a time scale that actually gives you a bit of an advantage.

Rick:    Absolutley and it’s the time scale everyone will be on whether or not they care to admit it to themselves. People who don’t want to consider the 2 to 5 year timeframe are the natural normal victims of the market.

Keith:    Correct. So tell me what you’re doing now and maybe what you’ve been doing for the last two quarters to get ready.

Rick:    On the equity side in oil and gas almost nothing. My belief is both Calgary and Houston are in denial. And they are in denial from an intermittent position of strength, meaning that the oil and gas industry got enormously over capitalized in the 2002 to 2012 period.

Cutting through that over capitalization takes some time and so I’ve not been doing very much at all on the equity side. We have been attempting to be active on the lending side. I guess I can explain both of those and should go back to the equity side.

My suspicion is that a lot of the producers are getting notice of impairments with periods to cure from their banks.

And everybody from the banks to the brokers to the shareholders is hoping the market turns around, hope not being a very effective investment strategy. You are beginning to see a real flood to market of companies’ noncore assets; the problem is there are only sellers and no buyers.

Rick:    Which means that’s a situation that is not going to work. They aren’t going to be able to sell enough of their noncore assets and that’s the problem. We need, of course, to see 2 or 3 quarterly operating statements to see the impact of $50 oil on a $90 Proforma and in particular, on a revolving credit facility.

Many of your readers may not know what a revolving credit facility is but it’s the dominant form of debt financing in the oil and gas business. They are reserve base loans that occur on an interest only basis and are renewed year to year based on a percentage of the net present value of the companies producing reserves.

Of course, the estimate of a net present value varies dramatically with the price quote.  The net present value calculations done by 3rd party evaluators this year were done with price estimates in the out years, the 2nd, 3rd, 4th and 5th years that had fairly aggressive escalating oil and gas prices.

These prices were about 25% in excess of the 3 year strip and futures markets, meaning companies reserve evaluations came through at premiums to what the market was expecting as a consequence of the pricing scenarios used by the evaluators.

If oil and gas markets don’t improve markedly soon, the next set of evaluations that will come out will be substantially lower, which means the impairments will be much more extreme. And they are going to be extreme after a 12 month period where companies have already been forced to cut their budgets. Which means in addition to the fact that the pricing assumptions are going to be reduced, deferring a year’s worth of capital investments means the company’s reserves pictures will be bleaker too.

Suffice it to say, I think the bomb goes off in Calgary and Houston in the 1st, 2nd and 3rd quarters of next year. So we don’t have a whole lot to look forward to on the equity side in the 12 month timeframe.

Keith:    What about the lending side?

There are 3 types of common opportunities available to a specialty energy lender like Sprott.

Normally oil and gas companies want to control their producing infrastructure but in a very bad market where capital is short what the companies want to do isn’t particularly relevant. It’s what they can get away with. And this is the sort of circumstance that allows us to participate in markets like that.

The 2nd opportunity we have is that some players in this market who have substantially unimpaired balance sheets and have the ability to grow by acquisition. These are very rare but exist. They are people who normally have been in the business for 30 or 40 years and understand it’s a cyclical business. And providing financing for them to do expansion acquisitions is something that we’d love to do. Normally we’re not competitive in that space because normally people who are that prudent have access to all kinds of capital.

But again, about once in a decade the outlook for the oil and gas sector becomes bleak enough that competitors providing finance to the sector melt away and we have the opportunity to be there for the best of the best and we see that situation coming about.

And if we have a situation where a company is beginning to get “termed” and have a lot of proved developed non-producing reserves, we will have the opportunity to go to the issuer and go to the senior lender and put in place a mezzanine tranche where we subordinate to the senior lender but the senior lender agrees to a 3 year stand still. In other words, they won’t do cash sweeps and  won’t foreclose and we put up the money to drill off the proved undeveloped even subordinating our interest in the production that we generate in return for pretty highly competitive rates of return on the capital we provide.

We aren’t taking very much technical risk but we are taking some financial risk. Again, this type of activity doesn’t happen in normalized markets when capital is cheaper, but where there’s only 4 or 5 capital sources available for hundreds of potential borrowers this sort of circumstance occurs. And we anticipate being able to do quite a lot of all 3 types of financing.

Keith:     Let’s talk about your first point—infrastructure. In this cycle it seems to me there has been so much infrastructure build out particularly in places like Alberta and B.C. with the huge Montney formation and the discovery there, but really across the whole WCSB (Western Canadian Sedimentary Basin) there has been, like you say, a big capitalization of different assets.

The industry was under huge pressure right up until 4 or 5 months ago to own, be in charge of your own destiny that way, you got rewarded in evaluation for that and then basically my recollection was a little bit of shareholder activism from the US side came in and suddenly it was like if you’re a producer under any stress at all, then you have to monetize that midstream because that’s worth whatever you paid for it you can sell it for 10 times cash flow now.

The perception in the 2000 bull market was that the Western Canadian Sedimentary Basin was a very mature basin and we had an acquire and exploit strategy that was dealing with a much more finite reserve life.

Rick:    Now that we’re drilling off the Montney and the various shale plays we figure that in terms of production we have 20 or 25 years of running room left, which means with regards to midstream assets you’ll have higher throughput for a much longer period of time than we had anticipated. And we have a lot more assets to choose from and we have assets that were financed at low or negative real rates of return by the issuers. We also have a variety of issuers that have no choice other than to sell.

Rick:    I think this is unique in my experience.

Keith:    I can see a very different landscape 9 months from now.

Rick:    I think that’s right. It is interesting and one of the things that sort of amuses me is that what happens every cycle is similar but never the same. One of the differences this time is this midstream opportunity simply because the midstream industry is so much larger.

PART II–What Does the Perfect Investments Look Like–and the art of doing a deal in a very tough business climate.

EDITORS NOTE–this doesn’t have to be a tough market.  My largest position–which I bought 3 months ago–is up 23% as of this morning, and is trading within 3% of its year high and paying me a 10% dividend.  You can profit in this market–find out this stock NOW–CLICK HERE.