Home Investing THE ONLY SHIPPING TRADE I WANT TO MAKE THIS YEAR ZIM INTEGRATED... 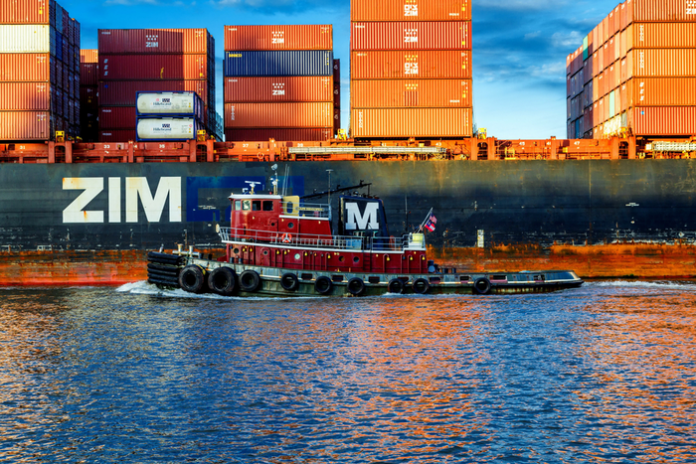 Me and the Market both hate shipping stocks. You can tell that by the crazy low multiple the sector gets. Why the hate? Because we regularly see news releases of management teams either buying options in their own deals or worse openly buying or selling ships from their own personal net worth back and forth to the public company. And after any good year they just spend that money on buying more ships (increasing supply).

Obviously they are not ALL like that, but certainly enough that in the junior and mid tier management teams, I generally stay away; good markets and bad. BUT…shipping rates are now INSANE. And I expect them to stay quite strong through the rest of 2021.

Putting these two themes together … well, that may explain why my #1 trade in shipping stocks is in a company that owns no ships. And even then I’m doing a covered call, though you have to own the stock for that.

Even if you don’t do calls/puts/options, I think you will find this a very interesting weekend read.

It will also give you an idea of the thinking and research my team puts into our portfolio stock picks (though we rarely do options plays; there is one or two a year). You can try out our service HERE

And here is a snapshot of where my 2021 portfolio sits today:

– Asset light model means they own no ships

– Focus is short-term spot deals rather than long-term charters

– When cycle turns ZIM will be hit hard

I am taking a covered call position in ZIM International Shipping (ZIM – NYSE). There are two pieces here to understand: 1. the shipping angle and 2. the covered call angle.

Of the two, the covered call matters most.

First, what is a covered call? It means I am buying shares of ZIM and selling calls on my shares. The calls “cover” the upside – think of it as selling the upside in advance.  Why? Because they will pay me for it! Handsomely.

If ZIM shares are trading below $40, I keep the shares. And whatever losses I have on them. BUT, I still keep the $8.00 I received when I sold the covered calls. But there is more.

ZIM just announced a special dividend of $2 per share to be paid on September 15th. Because I own the shares, and I will still hold them in September, I will get that dividend. But I will not have to pay that dividend on the calls I sell. It’s mine. The wife and I will go out for dinner on September 16th. I’ll make the reservation now, under ‘ZIM.’

My “cash return” – ie. the cash I get from the trade, will be $8 from selling the calls and $2 from the dividend on the shares. $10 all-in. In order for me to lose money on the trade, ZIM shares would have to go down $10 from where I bought them – nearly 24% – to $32. At that point, I lost $10 on the shares I bought, which is perfectly offset by the $8 call option premium I received and the $2 special dividend.

In a nutshell I am betting that ZIM does not collapse between now and October 15th. I picked October 15 because the shipping sector is usually in full force then—just finishing the back-to-school deliveries and switching into Christmas present transport.

How likely is that? I think it is a good bet. Here is why.

We have seen a huge move in the containership market. Rates to ship cargo across the ocean have gone through the roof.

The pandemic has backed up ports and with retailers trying to restock post-pandemic.  Consumers are getting out of the house and going on a spending spree.

Everything I read says this is not ending any time soon. Even the bears admit it does not improve until next year.

Below are 1-year Harpex index that measures container rates. They have gone up – a lot!

But its more than a short-term blip. Longer-term charters for container ships are extremely strong. The 24-month charters are only 10-15% below the 12 month charters – this is far higher than the 10-year average..

Here’s something else– retail inventory to sales ratio…retailers have REALLY low inventories—and they are not going up—despite the desperate race to buy anything and everything they can from China right now. GREAT chart here: https://fred.stlouisfed.org/series/RETAILIRSA

Meanwhile the supply side is only beginning to perk up. Up until the last couple of months containerships new build orders were down to 10+ year lows.

My take is that while the recent strength in rates may not continue at the extreme that it has, it is very unlikely to come down much.

And that is really the trade here. I do not need ZIM to go to the moon – just to stay at these levels.

ZIM is not your typical containership company.

For one, they do not own any ships.

ZIM owns no ships. They charter in ships from other owners on long-term charters and then book those ships back out on the spot market for higher rates.

ZIM is like the inverse of a financial company. They are borrowing long and lending short. Taking long-term (1-4 year) contracts on ships, and then contracting them out on short (<12 month) charters.

About half of ZIM’s vessels are chartered out for less than a year.

This is, to say the least, a unique strategy. It was devised by CEO Eli Glickman when he came to the company in 2017.

At the time ZIM was heavily in debt and the containership market was in a deep trough.

Glickman decided that ZIM was going to take a new approach to the business – an asset light model with no ships.

The benefit is flexibility. When Covid hit ZIM pared back its fleet to 50 ships. Now with the market hopping, ZIM operates 110 ships. They will have 120 to 130 in short order.

It is also the perfect strategy for this environment. They are reaping the benefits on ships they chartered in at far lower rates.

ZIM is well-positioned geographically. About half their ships are trans-Pacific – meaning they run that Asia to North America route. This route is reaping the benefit of US imports as well as the port congestion on the West Coast.

Would ZIM try to take advantage of the boost in long-term rates? That seems unlikely. CFO Xavier Destriau said on the Q1 call that “we were not so keen on [that]. We are quite pleased to limit contracts to 12 months as we are still optimistic on the U.S. market.”

In fact, ZIM is doing the opposite. They are fixing ships now at what seems to be quite high rates, presumably because they believe the market is only going to get stronger.

While I personally find this a bit scary (one reason to not own the shares), you can only interpret it as a very bullish move. Taking in long-term charters now will be a death blow if rates fall back to levels of the last decade.

ZIM simply does not think that will happen. In fact, Glickman told TradeWinds he believes three-year charters may even be too short.

Glickman has said that the low orderbook and the impact of new environmental legislation are going to impact the business well beyond the post-pandemic restocking. He thinks the squeeze will continue into 2023 and beyond.

Not surprisingly, the bible of the industry, TradeWinds reported that ZIM has fixed several containerships for periods of up to four years.

The Special Dividend—Is ANOTHER ONE Coming?

The other piece of ZIMs strategy, which fits with this trade, is that ZIM plans to pay their winnings back to shareholders.

But more important for this trade – they will be paying a $2 special dividend on September 15th.

I think it’s highly likely that there is ANOTHER special dividend before my covered call expires—the industry is that profitable right now.

Analysts are predicting ZIM will earn $13.48 this year. That puts the shares at a little over 3x earnings.

ZIM raised guidance on the first quarter call. They now expect EBITDA between $2.5 billion and $2.8 billion for the year.

The enterprise value of the stock sits at $5.8 billion. The stock is trading at ~2x EBITDA. Think back to my intro—this sector is always cheap. That’s because the Street doesn’t trust these teams.

You could look at the valuation and say – if it is that cheap, why not just buy the shares?

I’ll suggest a couple of reasons.

First, I do not trust the containership market. Yes, rates are sky high right now but the shipping market can change on a dime.

I will admit, it is very interesting to see 3- and 4-year charters at the level they are at. The market is saying that this is more than a short-term post-pandemic squeeze.

But I am no true believer – yet.

Second, ZIM is going to get killed on the way down. All containerships will, but ZIM more than most.

Remember, this is a shipping company without ships. It is a business model that is geared to leverage spot exposure as much as they can.

Shippers are valued on earnings on the way up and net asset value on the way down. ZIM has no assets.

The other side of that coin is that if rates stay high, it will look great for earnings now, but new charters become a problem. I already pointed out that they are chartering in some new ships at high rates. Those could turn into albatrosses in the backside of this.

Finally, there is the share overhang. Through past restructurings, former lenders have been handed shares.

We just saw Danaos file to unload some of their shares. That won’t be the last time. But… that special dividend just about guarantees there will be no more unloaded until after October.

Put all these concerns together and it is just easier to not swing for the fence. A 19% return over 5-months annualizes to over 40%. That is pretty darn good. I also think there is a strong possibility of a second special dividend before my covered call expires.

With a market that still feels awfully frothy to me, I will take it, along with the lower risk, and leave the big payoff / big downside alternative.

PS—most of my stocks/trades are much more junior than this. But I have followed shipping for a decade, and this is one of the lowest risk/highest reward trades I’ve seen in this sector in a long time.

I’ve got a couple new stocks coming to subscribers in the next week, and re-iterating one very high conviction stock in the DE-CARBONIZATION industry.

Sign up for a risk free trial of InvestingWhisperer right HERE