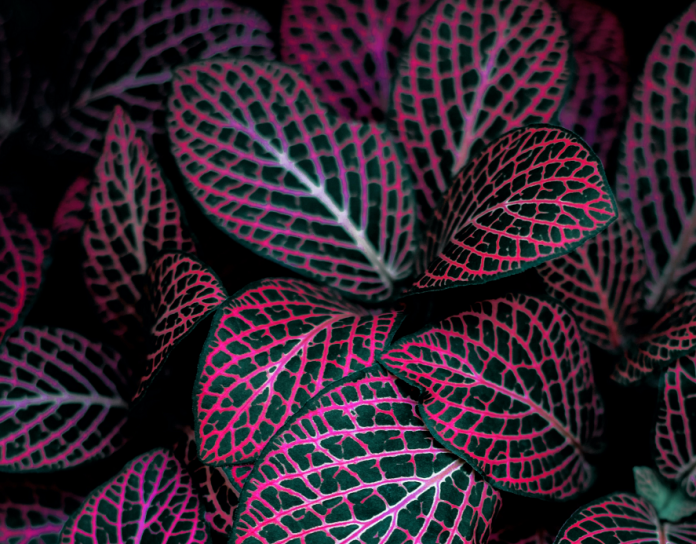 In Ernest Hemingway’s The Sun Also Rises one character asks:

“How did you go bankrupt?”

According to Champignon Brands (SHRM-CSE) CEO Dr. Roger McIntyre as Chief Executive this “gradually and then suddenly” quote describes perfectly what is happening in the psychedelic medicine field right now.

This space had been progressing slowly for several years, and now everything is happening suddenly.

That’s why I wanted to speak with Dr. McIntyre, a high profile expert in this field.  I see psychedelic stocks as being a huge opportunity over the next 12 to 24 months as all of a sudden hundreds of millions of dollars in clinical R&D will be spent here for the first time in history.

Folks, mental health is finally getting the serious attention it deserves both in society, and in research spending.  Not only is our fast-paced, more-more-more culture driving us crazy, but most of us are allowing a horrible new disease that appears incurable–social media—into our lives.

With a little bit of self discipline and some new medicines—which you’ll read about below—humanity could make a big leap forward in mental health.

Shelved For 50 Years – Psychedelics Are Finally Coming Back

For people who are still getting used to legal marijuana, the idea of publicly traded companies working with psychedelic drugs like MDMA and psilocybin (which comes from magic mushrooms), may sound a bit trippy man….

Believe me, I hear you.

Until I took an interest, my perception of psychedelic drugs was wrapped up with images of the 1960s — tie-dyed shirts, hippies in San Francisco and Woodstock.  Peace, love and no interest in working!

In the 1960s the face of psychedelics became a very controversial Harvard psychologist named Timothy Leary.  Leary wanted everyone to “turn on, tune in, and drop out”.

Leary’s high profile association was bad for psychedelics, the man spent time inside of 36 different prisons worldwide.  Equally bad was the fact psychedelics were tied to the widespread cultural upheaval of the 1960s.

In 1970 President Richard Nixon called Timothy Leary, “the most dangerous man in America….” and the majority of psychedelics were declared illegal.

Thanks to the Nixon Administration —LSD, psilocybin, MDMA and were all declared “Schedule I” drugs which deems them to offer no medical value and have high potential for abuse.

Schedule I is the same grouping as destructive drugs like heroin and bath salts, and is the most risky possible class for a drug.  Cocaine and crystal meth are deemed less risky Schedule 2 drugs.

As a result all public research on psychedelics was stopped despite the fact that in the 1960s psychiatrists had seen astounding results using them to treat people with diseases ranging from crippling depression to alcoholism, with few to no side effects.

Now after a 50 year pause progress in this field is finally happening again.

Baby Steps at First – But Momentum Is Clearly Building

The name psychedelics comes from the Greek for “mind manifesting,” since these drugs are known for expanding the mind and dissolving the ego.

A growing number of companies have recently received the blessing from the U.S. Food and Drug Administration and are conducting clinical trials of psychedelic treatments.  Many of these companies are gearing up to list on the TSX.

What those trials aim to treat with psychedelics includes:
Name a type of psychedelic and it is probably now in trial for treating something.  Psilocybin, ibogaine, LSD, MDMA, DMT/Ayahausca, ketamine……it is remarkable given the reputation these drugs have had for 50 years.

Unlike cannabis which remains federally illegal in the U.S., the FDA approved work psychedelic companies are doing is legal. This is going to allow for more access to growth capital from private investors in the U.S. who wouldn’t touch cannabis.

The ability to get exposure to psychedelics will also be concentrated amongst fewer companies because the barriers to entry are much higher.

Back to Champignon Brands CEO Dr. McIntyre who is a psychiatrist and has been treating people with depression for more than 20 years in very high numbers — he runs one of the highest volume treatment centers in the world.

Using conventional depression treatments Dr. McIntyre believes that for 10-20% of depression patients conventional methods work perfectly well.  For the other 80% though, a better solution is desperately needed because they aren’t getting helped.

McIntyre told me that when he started using a ketamine infusion depression treatment at his Canadian Rapid Treatment Centre of Excellence (CRTCE), he saw his success rate jump from that 10-20% to more like 60%-70%.

“And what was particularly astounding,” he continued, was that “patients got better within a couple of days rather than having to wait six to 12 weeks. These observations alone provided the impetus for the FDA to declare treatments like psychedelics and ketamine as breakthrough drugs.”

“And that also did something especially important, and that is it created a political environment that’s favorable to this area. It began the process or added to the process of de-stigmatization and created a regulatory pathway forward.”

You can’t ignore that kind of data and that is why psychedelics are finally coming back to life after being buried for decades.

This isn’t about people drinking some beers and then dropping some acid at the park, this is about the drugs being administered in a structured, clinical setting.

It took McIntyre about two years to get through all of the regulatory hurdles in Ontario and get the CRTCE up and running.

The clinic opened mid-2018, and is now open four days a week and moving to a six-day-a-week model very soon.

They have about 40 people on staff…. psychiatrists, pharmacists, anesthetists, family doctors, nurses, coordinators, researchers. It is the world’s largest center that is doing this kind of work.

The clinic has been treating adults, 18 and over and getting sick people back to work in a week or two. McIntyre said that he wouldn’t have believe the results if he hadn’t been watching it happen in front of him.

To me, that is incredibly positive, if you’re diagnosed with a mental health issue.

The protocol driving the positive results are:
McIntyre has primarily used ketamine but he believes psilocybin (the magic mushroom compound) is equally effective.  Both can be produced in a lab and in the case of psilocybin there is a natural mushroom derivation.

When I asked “how” the psychedelics work, McIntyre explained that when people experience depression, post-traumatic stress, anxiety, and drug and alcohol addiction, it’s because the brain’s motherboard is disconnected

What ketamine and the psychedelics do, is that they reset it. And they reset it within one to two days. So, this is a bit like your computer at home. It’s not working. There’s something wrong with the circuit. You turn it off and on. I guess that’s what we all do. Or you reset the circuit. And that’s what the treatment does.

I left my chat with McIntyre even more convinced this is an exciting field.

Being an investor, I have to explain a bit about the business side of all this. Mental health is being taken much more seriously by business and industry.  So insurance companies are funding “stress” which is often a euphemism for depression. Often times “long term disability” is another euphemism used.  These are very expensive conditions for business to pay!

The point is, there is a lot of incentive for new treatments, and this is a large and growing market that is pretty much virgin territory for innovative groups.

McIntyre says Champignon Brands is in a great position because he is a pharmacologist as well as a psychiatrist.  With the CRTCE having a large amount of patients, he can do clinical studies in-house, saving hundreds of thousands of dollars and months if not quarters of time in developing new strains and delivery mechanisms for ketamines and psylocibins.

A company like Champignon can develop ketamine derivatives—at less cost and with less time than competitors–which have tremendous opportunity.

But even before all the potential new drug trials get underway, McIntyre plans on expanding the number of clinics across the US and Europe.

“The plan is to have five to seven clinics acquired in total before the 2020 is completed,” McIntyre says.
“Then, next year, 2021, we’re looking at approximately 20 more clinics, and then we’re looking into a 100 clinics the year after. It’s important for people to be aware that the US for us is clearly where we’re putting a lot of our emphasis right now. But we already started discussions with opening clinics in Europe, as well as in Asia.”

“So in Europe–the European Union has a population of about 500 million people, and not one single clinic exists. So, imagine not one single Starbucks in all of Europe. That’s kind of what it’s like.”

Champignon Brand has had no problem attracting investors or capital.

Early treatment results do look incredibly impressive and there are no side effects from the drugs.  That is much better than the weight gain, nausea and sexual dysfunction current treatment options bring.

Stay tuned.  You will be hearing more from me on this subject in a couple months.

Things are still moving gradually, but I expect we are going to get to suddenly really quick.