Home Investing THE IMPACT OF ALGOS 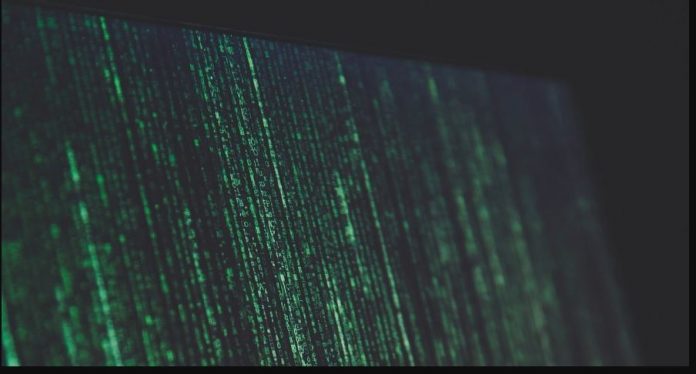 The rise of the machines – that was what went through my head after my conversation David Awram, Senior Executive VP of Sandstorm Gold (SSL -TSX, SAND – NYSE).

I’ve known David for years and one day just talking he mentioned how he had to write press releases to get—or not get—the attention of algorithmic trading bots (algos).

It turned into a fascinating conversation—and a real dilemma for public companies.

Now, I knew automation and algos were invading the financial industry.  But I sure did not understand just how pervasive it had become.

Awram says he has to draft Sandstorm’s press releases with the algos in mind.  It prepares its financial statements knowing that they will be read by bots and scraped into databases.  They even time their earnings reports to avoid being excessively targeted by algos.

You do not just tell your story to investors anymore.

Nope.   Nowadays you have to make it appealing to the machines.

Rise of the Quant

When it comes to determining stock prices, computers are now more important than human beings.

A recent study by Deutsche Bank estimated that 80% of equity trades are executed by algos – with no human input.

This shift means that to get a positive reaction to a news release or financial filing, the content must be curated to the tastes of the machine.

Those machines are run by quantitative funds (“quants”).  Their rise began in the 1980s.

Their success has led to a proliferation of machine-based trading strategies. These strategies are devised by mathematicians, often with little knowledge of the underlying companies.

Quants base their investment decisions on pre-defined rules – an automation of the decision-making process – or more recently, rules that evolve as the machine “learns”.

When quants started out the rules were straightforward.  Buying stocks on fundamentals metrics, technical indicators or comparisons to other stocks and indexes.  Common strategies are now well known:

But as time has passed the strategies have become more sophisticated – and more opaque.  Quants have entered a fuzzier world – one where the rules are based on sentiment – which is not so black and white.

Algorithms scrape through filings, blogs, newspapers and press releases, looking for words and phrases that they can trade on.

Algorithms don’t look at a stock like a human investor would – they are only interested in patterns.

Algorithms use pattern and trend recognition to correlate numbers, words and phrases to big moves in stock prices.   They back test their strategies to find what has worked best in the past.  Then they prowl the newswires, regulatory filings, and blogospheres for the next similar set-ups.

When you put out a press release in the United States, you have to code it.  The SEC’s documentation system, EDGAR, requires that every line of the press release be coded into the database language XML.

As soon as that code is released to the public, groups like Reuters, Bloomberg and other news analytics companies “scrape” the data within milliseconds of its release.

Their databases are populated and the algos instantly pick up on any key terms that they might be looking for.

As Awram says, if you want to catch the attention of the algos (or not catch it, as the case may be), you have to play the game.

“You try to make sure that you are picking up on keywords and key items. For instance, when we are writing press releases we want to highlight the “records”.

When we have record revenue or record cash for the quarter, you want to put the word “record” in the press release a few times. You want to put it in there an annoyingly numerous amount of times.”

As Awram admits, the resulting press release may sound silly to a human being.  But that is not the primary audience anymore.

The primary audience are companies like RavenPack – a news analytics company.  RavenPack scrapes through newswires and company filings, processing the content for their subscribers.  Each batch of content is curated into a sentiment score.

A paper last year by the Federal Reserve used RavenPack’s data to study the influence of algos on the market.   Among the observations was that algorithmic sentiment can become self fulfilling.

“Algorithmic traders learn dynamically about the precision of RavenPack, and they rely more heavily on RavenPack’s sentiment scores if these scores have been more informative in the past.”

I am not trying to single out RavenPack.  They are merely as easy example.  The point is this – algorithmic trading almost always comes down to doing what has worked in the past.

You can see where this leads to.  The essence of momentum is buying something simply because it is going up.  Not because there is a fundamental reason to.

Such strategies work very well, until they don’t.  It is easy to see how algos could exaggerate trends and lead to bubbles.

With companies having no choice but to play along, tailoring their press releases to what the algo wants to see, you gotta wonder – where does this end?

These are not Stock Pickers

Lost in it all is the business.  Quants usually know very little about the industry or company they are investing in.

As Awram described his discussions with quantitative funds:

“It’s so weird having a conversation with them, because they don’t know anything about your company.”

It does not help that the big data aggregators, like Bloomberg, SAP or Thomson-Reuters, rely on automation as well.  Their fact sheets and ratio tables are populated by a process that is entirely automated.

These processes don’t know or care if they are reading the financial statements of a software provider or a gold company.    As a result, it is not uncommon for their tables to be incorrect.

One particular headache are mark-to-market assets.   Price changes of a debenture or warrant, or the currency impact of a foreign debt, can make the numbers published by the aggregators wildly different than the underlying reality.

But trying to get those results changed can be a real headache, even though the data can be, as Awram put it, “totally wrong”.

“It’s not easy, and they never ever disclose what their methodology is, as to how they might come up with some of these ratios and these numbers. And so, you try to walk them through it, and they’re not terribly responsive. You never get the same person.

“You want to make a complaint about the content of your company on those sites – they say, “We can’t do anything about it.”

Getting Help from the Dark Side

A whole new industry is arising out of the confusion.  Consultants are looking to help companies traverse the algo landscape.

Awram says he gets emails from “consultants” (who he suspects are traders or principals from failed funds themselves).    Their pitch goes something like this:

“Hey, I realize you’re trading on New York stock exchange. You have good values and algos are really trading a lot. I used to be algo trader. How could I hire up my services to you to help you manage your data, give you advice?”

“I’ll help you construct your financial statements and your news releases in order to accommodate these things.”

But are they really helping?

You could easily imagine these consultants playing both sides.  Sure, they will help your company match the algos.  But what is to stop them from turning around and selling their services back to the algos, filling them in on what they just recommended for you.

My concern is that the business is going to get lost in the muck.

Awram gave me two examples of how simple accounting can really mess with algos and make the stock price go awry of fundamentals.

First, Sandstorm pays 30% of their interest costs through a Turkish subsidiary, as they actually have one operating interest besides all their royalties.    As a result, the value of that equity depends partly on the Turkish lira.

If the Turkish lira goes down, Sandstorm must book a loss on the value of the equity.  It’s an accounting charge – nothing more.  In fact, the reality is the opposite – a cheaper lira means lower costs (while their gold is sold in US dollars) – the business is better!

A seasoned investor or analyst would note this and ignore the accounting relic.  But algos don’t understand the business.   They don’t know what a Turkish subsidiary is.  All they know is that earnings have gone down.  Sell!

Same thing happens with convertible debentures, which Sandstorm holds several of from their partners.

These need to be mark to market each quarter and this non-realized revaluation of assets impacts earnings.  If the stock price is down at the end of the quarter compared to the last quarter, the drop in value of the convertible debentures counts against the company’s earnings.  Even worse if they are in Canadian dollars as that currency exchange needs to be marked as well. Warrants that are not priced in the functional currency of the company can also cause a crisis to earnings results as well.

A warrant mark may totally wipe out earnings for a quarter.  Again, an investor would pay this no attention.  But an algo scouring the entire NYSE and running an earnings-based strategy will not be so shrewd.

Changing the Minds of Machines

Sandstorm, like all companies, is doing everything in their power to moderate the impact of algos. But as Awram says, “it takes a lot of work”.  Guidance is another point of contention.

“You have to spend a lot of time thinking about what your guidance is going to be, because that’s one of those items that they end up pulling out of there.”

It is even to the point where Sandstorm will only notify investors of an upcoming earnings release a few days in advance.  The shorter the notice, the less the chance that they will get marked on the algos schedule.
It is all about being a step ahead – or your stock price will suffer.

I don’t know if it ever comes to that.  But there is no question that machines are taking us a step more removed from what is actually happening on the ground.

And that, in my opinion, is not a good thing.