If one of your children tells you that they want to become a commodity hedge fund manager —- tell them to try something else.

Making money in that particular field is incredibly hard.

Just ask anyone on the long list of commodity focused hedge funds which have disappeared over the past five years.

The Wall Street Journal recently quoted numbers from the data group eVestment. Two-thirds of global commodity hedge funds that were operating in March 2012 before the oil crash have now shut their doors.

That is a shockingly large percentage of funds that have closed.

We aren’t just talking about the weakest hands folding.  The extinction list includes some of the biggest names in the game including Armajaro Asset Management, Clive Capital, Centaurus Capital and Brevan Howard.

The list of the unfortunate also includes Andy Hall — known amongst oil traders simply as “God” for his ability to accurately predict the direction of the oil market. 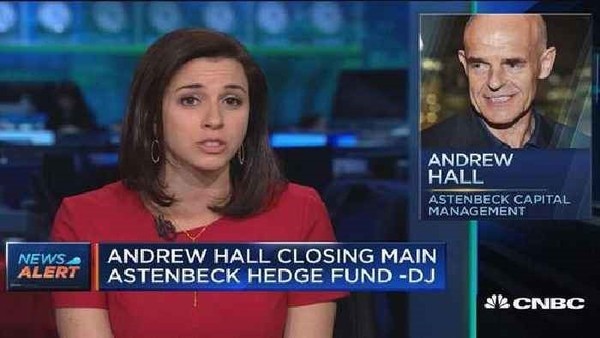 You know you are in a difficult business when even “God” can’t make a go of it.

How Then Has The OGIB Portfolio Has Continued To Thrive?

While two-thirds of hedge funds operating in the commodity/energy space have disappeared as well as many of my newsletter colleagues…..the OGIB portfolio (my seven figure real money portfolio) has continued to chug along producing positive results.

I initially launched the Oil and Gas Investments Bulletin at the bottom of the Great Recession in March 2009.  The timing was not an accident—it was very clear to me at the time that we were then looking at the buying opportunity of a generation.

Since then the energy markets have lived up to their rollercoaster reputation.  Up, down and sideways.  You name it, we have seen it.

Through the end of December 2017 the OGIB portfolio has posted the following annual returns (2009 is from inception through year-end):

The portfolio has posted some really big years – five of the nine being up more than 20 percent.

What I’m most proud of is the fact over these nine years the OGIB has not had a single down year.  That is despite oil prices that have ranged from as high as $110 per barrel down to as low as $26 per barrel.

How was I able to achieve this despite an oil crash for the ages, a natural gas price permanently in the doldrums and legendary oil traders being forced out of business?

Believe me when I tell you that it isn’t because I’m overly intelligent.  My wife and kids will verify that!

I believe that I have been able to achieve these results because of four key principles that I use to frame my investing decisions.

I never believe that I know where oil and gas prices are going, but I’m willing to bet on a hunch.

I don’t buy oil at the bottom, but I buy it more and more on the way up.

I believe that most of the hedge funds that were forced out of business during the downturn were far too exposed to one-way commodity price trades.  They forgot the “hedge” part of their fund business meant that they weren’t supposed bet so heavily in one direction.

Small investments on oil price moves leave me with Big Money to invest in company specific bets.  It’s about being flexible, and I’ll talk more about that in Principle #3.

But most of the time if you ask me where commodity prices are going my answer will be “I don’t know”……which are three of my favorite words by the way (because they are used far too seldom by almost everyone).

I almost always have my portfolio positioned to perform no matter what the commodity market does.
What I mean by that is that I am only interested in owning companies that can excel in all commodity price environments.

What are the attributes of a company that can perform that magic trick?

It is pretty simple really.  These companies have:

It takes serious discipline — but if you insist on having every single one of those boxes ticked BEFORE you buy shares in a company your success rate will go way up.

You end up owning far fewer stocks and often don’t buy anything for weeks at a time…but it is worth it.  Trust me.

These companies do well in both strong and weak commodity prices.  When the bottom falls out the commodity market these high quality companies are well positioned with cash to spend.  That allows them to pick up excellent assets for pennies on the dollar as the weaker hands in the industry fold.

This checklist is about having discipline as an investor….not a high IQ.

(There are rare times to buy the highly levered, debt laden high cost producers—like when I doubled my money in a month on high cost Approach Resources at the start of the Permian mania in 2017…but you want to be a seasoned investor to try that.)

OGIB Principle #3 – Oil isn’t the only game in town. Be flexible.

When I launched the OGIB service in March 2009 it was because I was ready to get long oil and oil stocks.

That was the right time for oil; oil and the Market had double-bottomed out the 2008 crash.  Since then, when the oil stocks weren’t working due to a flat or declining oil price, I’ve made money with
1. LNG shipping companies
2. U.S. refineries
3. ethanol producers
4. solar inverters
5. geothermal power producers
6. energy re-sellers
7. energy storage
8. The EV Trade—Electric Vehicles—in buying lithium and cobalt companies
In fact, I usually make MORE money with these oddball subsectors because they are not as well followed and are less efficient than oil producers.  Most oil stocks worth owning are widely followed.

The most money I’ve ever made was in ethanol in 2013 & 2014, as first Green Plains (GPRE) and then Pacific Ethanol (PEIX) were 5 baggers in months.

By being flexible and willing to go to all corners of the energy sector I’ve been able to find significant winners when the oil market wasn’t offering any.

OGIB Principle #4 – When You Are Wrong – Get Out QUICK.

Most of those 130 are operating with greatly reduced portfolio sizes.

There is no doubt in my mind that the people who were running all of those hedge funds that had to shut down were very high IQ individuals.  They were smart, likely too smart.

I expect that their high level of intelligence was likely a big part of their downfall……because it made them unwilling to admit that they were wrong.  They took positions and rode them all the way down.

The extreme self-confidence that these high IQ fund managers have isn’t always a blessing.  Fortunately that isn’t a problem that I have to worry about!

When the market tells me that I’m wrong….I listen.  I listen quickly!  And when I don’t—I lose.
No stubborn, foolish pride on my part ever.  I’m in this to make money—not to be proven smarter than the next guy.

And I always remind myself that making money is the easy part.  Keeping it is much more difficult.

Limiting my losses has been a huge reason why the OGIB portfolio has consistently gone up.

What I’m Doing With The OGIB Portfolio Today

I’m watching the tide, not the waves.  That means that I think the oil market is getting tighter, and prices are going higher.  I am in love with a $2 stock that has some of the best land imaginable in a prime US play.

Management owns over $35 million of stock, and it’s very profitable oil.  A combination of factors is keeping this stock under the radar, but come Labour Day I expect BIG increases in production and cash flow.  This company is a GREAT way to trial my research service…to get the name, symbol and full report, click HERE.

Next post: Shell and Chevron Love Kinder Morgan For Stealing the Canadian Protestors