On the surface and their LNG Canada project in Kitimat BC have not announced a Final Investment Decision, or FID.  They keep publicly kicking an official decision down the road.

Privately however, beneath the surface, on-the-ground activity is screaming this $40 billion project is a GO.
Shell and LNG Canada are stealthily doing everything they can to get ready for their project…hiring, spending money, ordering camp beds etc.

The signs that LNG Canada is a go are out there for anyone paying attention….. 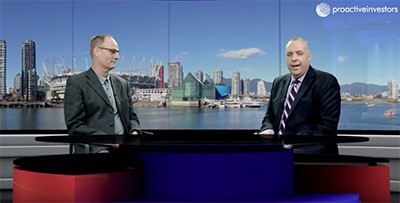 It’s the same with Chevron (CVX-NYSE)/Woodside LNG project (called Kitimat LNG), also located in Kitimat BC.  Chevron is a couple years behind Shell, but they’re acting in a very similar manner–no formal public commitment, but plenty of action:

The Kitimat LNG project will trail LNG Canada by 18 to 24 months, but it is moving.  It makes sense to have Kitimat LNG lag LNG Canada so that the labor force isn’t stretched and costs can be better controlled.  (Their Australian LNG facility was built at the same time as 2 others nearby, and all 3 projects went WAY over budget.)

Everyone Has Given Up On West Coast LNG–For Good Reason

Shipping Liquid Natural Gas from Canada to Asia should be very profitable–as Asia’s benchmark price, called JKM, is about US$9.60/mmBTU.  In Canada, natural gas is about US$1.30 or so, but it is volatile.  It’s one of the most profitable arbitrages in energy I see anywhere in the world right now.

But the once-bright future of billions in LNG spending in Canada had turned dim over the past couple of years.  A once hugely promising opportunity seems to have been wasted away.

First there was provincial election in British Columbia in May 2017. The left-wing New Democratic Party (NDP) joined forces with the anti-hydrocarbon Green Party and upended the pro-business Liberals (that must sound weird to my American readers!) to form a coalition government.

That obviously wasn’t good for LNG.

That puts the Greens in a strong position.  Without their continued support the NDP is sunk……and the Greens really don’t want LNG.  Just check out the tweet below from Green leader Andrew Weaver from January 2018:

Weaver flat out states that he’ll disband the coalition over LNG, and force a new election.

Shortly after the NPD/Greens took power, the leading LNG consortium at the time, led by Malaysia’s Petronas, pulled the plug on its $36-billion Pacific Northwest LNG megaproject.  That was another step backwards from ever getting LNG off the ground. (Petronas recently bought 25% of Shell’s LNG Canada.)

The clock is ticking here.  A decade has already passed and LNG in British Columbia has gone exactly nowhere.

But that is about to change in the snap of a finger.

Why So Shy About Telling Us That They Are Ready To Roll?

I love the intrigue — but why aren’t these folks willing to tell us that they are excited to commence these huge projects?

Two reasons, that are kind of the same reason…..

First, announcements only attract protests in Canada. We have learned this the hard way over the past decade……NOTHING GOOD comes out of presenting or updating anything to the public about oil and gas related projects going forward.  (Shell and Chevron execs must be so grateful that Kinder Morgan in Vancouver is attracting all the protesters!)

All that a positive FID announcement is going to do is create headaches, bottlenecks and problems.  So why bother? It is much better to just put your head down and do your business quietly.  The response to project announcements from the oil and gas industry is for the press and environmentalists to shoot first and never ask questions.

In this business keeping things on the “down-low” is surely the way to go.

Second, it is without question in the best interests of these projects to not embarrass the minority NDP government.

The NDP ran on the premise that they would kill LNG and the huge hydro-electric Site C dam. BC Premier John Horgan then subsequently approved the Site C megaproject that he had argued against….so he is already on the hot seat with some of his base.

And of course the NDP coalition partners–the Green Party–are 100% opposed to LNG going forward.  You saw what Weaver tweeted earlier this year.

But…Premier Horgan needs some northern seats to win the next election, and without LNG there isn’t going to be much increased prosperity up there by the time that election rolls around.

And realistically the BC Government is heavily incentivized to support LNG.  The Shell LNG Canada project would result in $40 billion of spending in the province and create direct Provincial revenues of more than $22 billion over the next 40 years.

The reality is that Shell, Chevron and their respective partners are going to be able to work with the NDP……if they continue to do so very quietly.

As for timing for  real news–a positive FID from LNG Canada–look for mid-October.  On October 31, 2018 there is a drop-dead date for British Columbia’s LNG incentive package (PST exemption, repeal of LNG income tax, break on electricity costs and cap on carbon taxes at $30/tonne).

So now you know….but  SSHHHHH!!! Don’t tell anyone.  They’re trying to keep it a secret.

EDITORS NOTE: The Bakken is Back!  Bakken oil actually gets a higher price than WTI most days now. It’s incredibly profitable, and this $2 Bakken stock will stun investors with its growing cash flow and production.  The time is NOW for this Bakken stock–click HERE to get the name and symbol.

Next post: Shipping’s Dirty Secret–and How I’m Profiting From It