Home Investing Follow the Money (with our new Keynote Speaker)

My annual Vancouver conference is less than one month away–Thursday October 8.  Besides meeting the CEOs of some of the best junior producers in Canada, I have TWO speakers I’m very excited about: 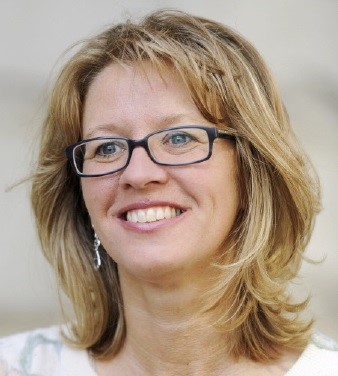 Ms. Krause follows the money like nobody else in the resource sector–except she’s not following stocks, like me.  She is following the tax receipts of Canadian and American charities who are funnelling money to groups across Canada to explicitly protest against Canadian resource development–both pipelines and oilsands.  It’s a murky world where the moral high ground is actually very shaky ground.  Her research has been quoted in Canada’s Parliament and national media.  And in just 20 minutes on October 8, she will give you enough to think about for several days.

2. Dave Stanford of Shell’s LNG Canada Inc.  Everyone has Petronas as the LNG frontrunner for big projects on Canada’s west coast.  Shell has been a quiet #2. Dave–a subscriber of mine for years–will give attendees a look into their project and the challenges of resource development. (I love the last line in his bio.)

David Stanford is Legal Director of LNG Canada Inc., which is a joint venture that was formally created among Shell Canada Energy and Canadian subsidiaries of Mitsubishi, PetroChina and Korea Gas in May 2014. Calgary born and bred, he graduated from the U of A law school in 1991 and spent many years as a commercial oil and gas and environmental lawyer, moving between a couple of mid-sized regional firms until he joined McCarthy Tetrault in 1997 as an associate in its Energy and Environment Group. He became an equity partner in 2000 and remained at McCarthys until 2007 when he joined Shell Canada Limited, initially as Associate General Counsel, Downstream and later as Associate General Counsel, Upstream.  Most recently, David accepted the role of Legal Director for LNG Canada upon its formation.  Married for 28 years and with five children, David now spends a lot of time paying for university and weddings.

Both speakers will be there all day, and they want to answer your questions (they both asked for a lot more than the 20 minutes I’m giving them to speak…but we have lots of companies attending).

There’s only ONE problem–our conference is almost 80% full already!  So reserve your seat today.  The conference is free to attendees (though this could be the last time that happens.)  Here are the details:

Pan Pacific Hotel, downtown Vancouver
9 AM – 4 PM, with a cocktail reception to follow at the close – don’t miss out!

The best people often end up with the best projects—either via discovery or acquisition at low points in the Market cycle (yes that would be now). Below are a few examples of companies that you’ll want to meet on October 8th.

CEO Philip O’Quigley (yes, he’s Irish) was given a tough challenge by his board at Falcon Oil and Gas—fund the company, get partners for all of its assets around the globe and make sure they spend all the money.  It took him two years, but he has done it and they are now drilling one of the biggest onshore gas plays in the world (I actually don’t know of any bigger but I don’t know every play in the world) in the Northern Territory of Australia.

The proof will be in the pudding this fall—possibly even by October 8th.  And O’Quigley will also update investors on one of the biggest gas plays that could get drilled in the next 24 months—in South Africa.

Did you know only two oil producers in North America have raised their dividend this year? One is Suncor, a $50 billion behemoth.  The other is Granite Oil – GXO-TSX; GXOCF-PINK, which has a market cap of about $200 million.  Granite CEO Mike Kabanuk—I’m sure you don’t know him either—will be presenting this year.  This is a special story; one of the VERY few oil producers that can sustain and grow production at US$50 WTI.  Meet Mike—who was executive chairman of DeeThree–and hear this story.

Every six months, we ask the CEOs of the best and most intriguing junior companies to educate our subscribers—and face the fire.  We ask them to be available to you, in person, for over two hours above and beyond their presentation.

You get to ask them anything you want—and get a sense of them as people.  Being around winners helps you find winners.

You’re going to make the most money out of this market knowing management personally.  This is your best opportunity—register today!