Dropping energy prices—for both oil and natural gas—has investors and analysts checking to see what the break-even price is for oil production in each play in North America.

This is a moving target, and it’s going lower all the time.

And I’m going to tell you The Next Phase of increasing profitability—i.e. lower break-even costs—for the industry.

Now, the #1 reason is for lower break-even costs is better fracking techniques. The industry has not yet found the upper limits of how much oil or gas they can get out from under a square mile patch of land. 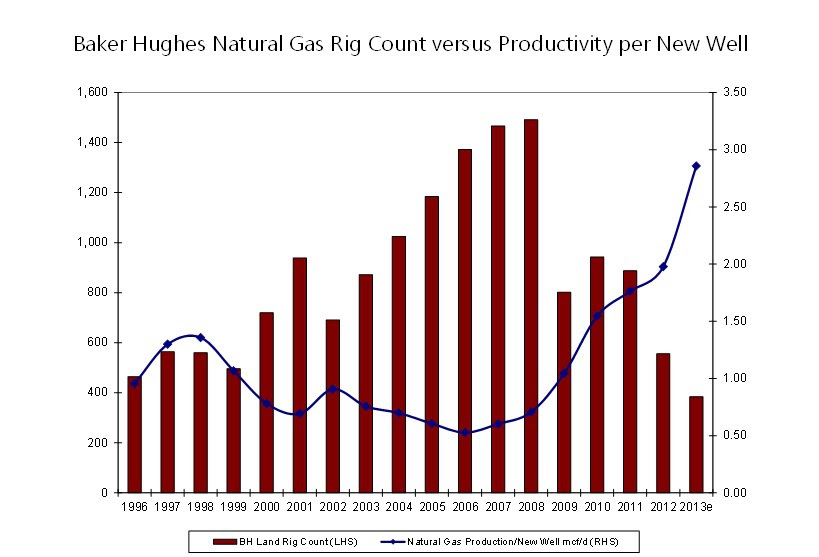 Here’s another graph that shows how oil production is improving in the Eagle Ford. Drilling longer wells and putting more frac sand in wells is increasing flow rates from wells on a per-foot basis. 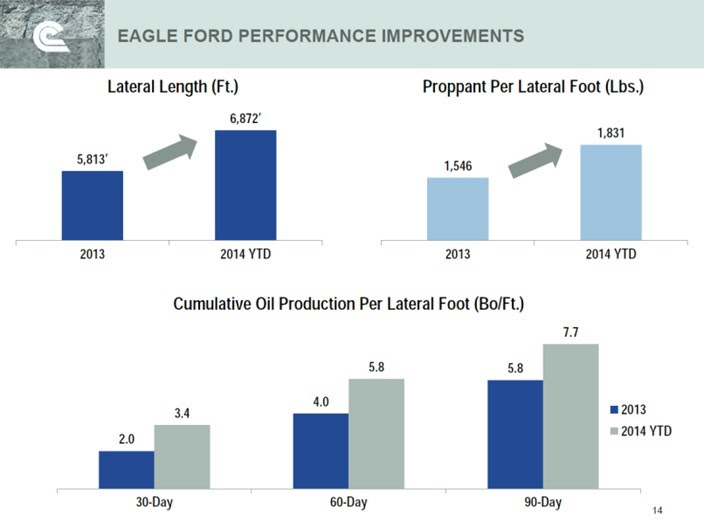 So while commodity prices are dropping a lot—cash flows won’t be going down by the same amount. (And in Canada, energy prices have barely budged when you count the lower Canadian dollar.)

So what’s the next Big Thing in fracking that will increase productivity and lower costs? Nanotechnology. This means being able to engineer systems at the molecular level. And oil and gas is all about the molecules.

I’ve discovered a company that has proven nanotechnology in the oilpatch. They are able to use a chemistry that has smaller molecules than their competitors. The smaller molecules can be pushed farther up the fracks, and open more area for oil and gas to be released.

They recently tested 12 wells with one of the largest independent producers in the United States—a $40 billion company. Six wells used this new technology, and six did not. That’s a big deal, because trust me, producers don’t like testing new technology. Adoption rates are slow.

I think it has the potential to be the next “killer app” in the Shale Revolution. This company already has positive cash flow, and it trades under $10/share.

The oilpatch is a tight-fisted industry. But “best practices” spreads like wildfire across a play. When they can buy a superior product for the same price (which actually gives better than industry margins to this nanotech supplier), they will buy it.

What I like most about this story is that this the ground floor for this opportunity—they have just started selling it. And they are already making expansion plans at their manufacturing facility for it.

As industry revenues get squeezed with lower commodity prices, they are jumping for a proven product that improves productivity and reduces costs. Get to know this company before it issues its next operational update—click here.

Next post: The Only Oil Price Going UP in the World Right Now