Home Latest Reports WE’RE KILLING OUR SOIL WHEN WE NOW NEED IT MOST HERE IS... 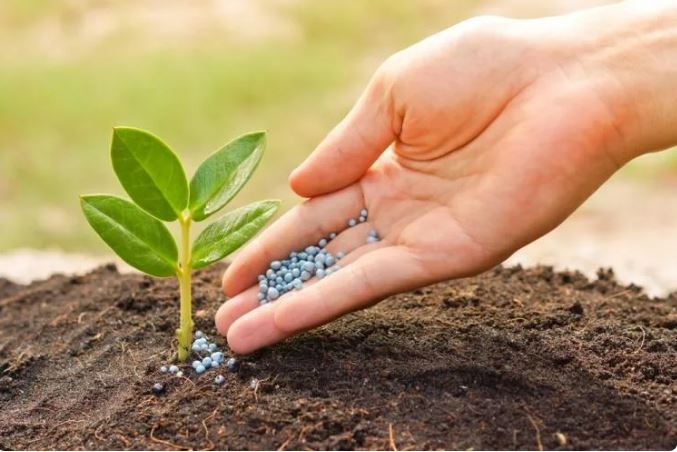 Fertilizer stocks have been on a tear.
This is just the start of a major move. These stocks are going to have a long runway.
There multiple tailwinds behind these companies——each of which are going to be supportive for years to come.
It all starts with a problem here at home.
In the quest for ever-greater productivity from our farmland — using traditional fertilizers, herbicides, pesticides — is KILLING our soil.
I’m not kidding. And it’s polluting our water bodies too.
While the United States has some of the richest soils in the world, decades of agricultural abuse have taken their toll. The soil has been depleted of essential nutrients and bacteria and fungi. The organic material essential to plants is being depleted.
What happens is that the current herbicides and pesticides are like chemotherapy for cancer. It isn’t targeted——it kills the good bugs as well as the bad bugs. All of the fungi in the soil gets targeted. But the fungi and bacteria are essential.
The result has been soil degradation. Farmers are left with unhealthy soils that are less productive———which in turn makes them use even more chemicals to enhance their crop yield.
The world grows 95% of its food in the uppermost layer of the soil. Because of conventional farming practices, half of the most productive soil in the world has disappeared over the past 150 years. (1)
In the United States soil on cropland is eroding 10 TIMES FASTER than it can be replenished. The UN Food and Agriculture Organization have warned that the world could run out of topsoil in 60 years. (2)
Conventional fertilizer changes the pH of the soil, leaving it more acidic, more susceptible to disease, and less able to withstand changing moisture conditions.
Those conventional Chemical fertilizers known as Urea, MAP, DAP and AMSare all salt based and pH altering. They are soil bio-diversity’s worst enemy.
I want you to think about this issue in another way—Vitamin C is essential and important to your health. But if you chew it in tablet form to get it in your body, it erodes the enamel on your teeth.
So they are nutrients, yes, but if not applied properly it can have some harmful side effects.
The global annual application of Chemical fertilizer is equivalent to dumping 460 billion litres of bleach into the world’s soils. This is a global issue, not just North America.
Half of all applied phosphorous and two thirds of applied nitrogen is NOT used by crops – so it ends up in ground water contaminating natural environments.
To appreciate how big of a problem this water contamination is all you need to do is learn about the Gulf of Mexico “DEAD ZONE”. This is an area of low oxygen that can kill fish and marine life near the bottom of the ocean——and now measures 6,340 square miles!

Sources: https://www.epa.gov/ms-htf/northern-gulf-mexico-hypoxic-zone
That equates to more than four million acres of now uninhabitable ocean for fish and bottom species. If you understand the Butterfly Effect you will appreciate how worrisome and ecological impact like this is.
The cause of the Dead Zone is what the Mississippi River is dumping into the Gulf of Mexico. The Mississippi is like the drainage system for your street, but it connects 31 U.S. States and even parts of Canada. The excess fertilizer/herbicide/pesticide pollution from farm fields all along the Mississippi is now all getting dumped into the same place.
What happens from this massive pollution dump in the ocean is called hypoxia, where oxygen in the water becomes so low it an no longer sustain life.
We have a growing disaster both in the water and on land where the productivity of the soil is cratering. Food production takes up 38% of the world’s land surface and fears of global food shortages grow each day with the world’s population about to crest 8 billion—making this a very big deal.
We need to stop the destruction of the topsoil and pollution of our water.
The world can no longer choose between yield and soil health—fortunately we don’t have to.
Salt-less fertilizer is one of, if not THE fast growing sector of the global fertilizer market. The stock market is buying up these stocks like crazy—look at the chart of Verde Agritech, NPK-TSX:

I’m not buying Verde right now—I’m buying the next fertilizer stock to move. It too is growing incredibly quickly…
And their stock trades for less than 50 cents a share! I just completed a full report on the company—and you can get it risk-free by clicking HERE.
Get the name, symbol, and my take on the upside that this incredibly cheap stock has—right now!
1)   https://www.worldwildlife.org/threats/soil-erosion-and-degradation
2)   http://saveoursoils.com/userfiles/downloads/1368007451-Soil%20Erosion-David%20Pimentel.pdf
3)   https://oceantoday.noaa.gov/deadzonegulf-2021/