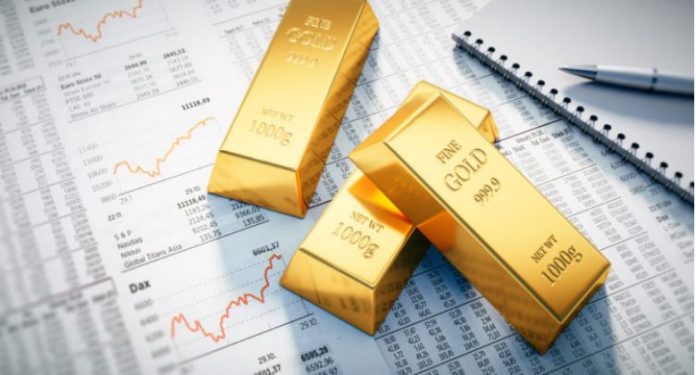 For weeks (months?) I have been telling my subscribers that the best thing they can do in this stock market is…nothing.

My own trading has borne that out this year.  I am sitting on 80% cash and 20% losers.  And in the junior markets, I think that makes me look good

Markets are up big this morning after a horrible September, and we could see a big 2-3 week rally  after seeing a little bit of real fear in the markets, with the UK bond scare last week.  But there are still 4 Big Problems out there that are having a global impact:

But how much worse can The Dow get with oil down to the high $70s/barrel already and Mega-Tech trading at single digit PE ratios?

I certainly don’t know, but there is one trade idea–one that could happen soon—like, by the end of October. Let me set the stage:

For me, the Market has had two likely scenarios lately:

So far, this has been quite a steep but a somewhat orderly downturn in US equity markets—then came the UK bond scare, caused by hedging out low interest rates with leverage.  This came out of nowhere; no one gave two toots about UK pension funds until a few days ago.

The upshot is that after this week’s scare, now there’s some real fear among senior levels of int’l banks, regulators and finance politicians—because the Market doesn’t know what it doesn’t know—the Unknown Unknown as the late US politician Donald Rumsfeld said many years ago.

All I want to point out here, this first Monday in October, is that investors are starting to see some breaking points in global finance—first the UK bond market, then Credit Suisse.  Both are arguably small and isolated.

But these cracks could create an opportunity for investors. Keep reading.

THIS IS NOT YOUR 2010’s FEDERAL RESERVE

Rising interest rates and leverage are a bad combination.  And figuring out exactly where they might combine into a toxic mess is really hard to do.

There are a lot of bears out there.  They are predicting a lot of bad things.  Exactly ZERO of them were saying the big risk was in UK pension funds.

The single biggest risk that we have right now is another “credit event”.  And I haven’t the slightest idea where that risk may come from.

The problem today is that every credit event that we have had since 2000 led to the Federal Reserve and other Central Banks coming to the rescue in some form.

You see, the psyche of the Federal Reserve today is different than it’s been in 20+ years.

Inflation is a problem.  The #1 mandate of the Central Bank is to control inflation.  It takes precedence over everything else.

The only historical example of successful inflation control is the Paul Volcker Fed.  He “tamed” inflation.

He did it by not backing down.

I was listening to an interview former Fed President Thomas Hoenig a couple of weeks ago.  He made the point clear.  If they want to slay the inflation dragon the Fed can’t back down.  They must let unemployment rise.  They must let loans go bad.

This is a fine, fine line.  It is what makes a credit event so dangerous right now.  In the wake of a credit event, the Fed will be slower to come to the rescue.  It will let stock markets fall further.

At worst, it won’t act until things REALLY go south.  As we know from 2008, you can reach a point where it is truly too late.

I hope this doesn’t happen.  Nothing says it has to happen.  But with rising interest rates and leverage, we’ve got the pot, the soil, the water and the seed for my trade idea.

Investors ARE starting to see signs that The US Fed is getting worried.

Last week, journalist Charlie Gasparino tweeted out that the Fed is “worried about financial stability”.

Often, more important than the news itself is the fact you are hearing that particular story at all.  You don’t hear about a leak like this by accident.  The Fed wants you to know that they know they should be getting worried.

SO WHAT SHOULD INVESTORS DO NOW

The Big Trend for investors is to—continue to do nothing.  Publicly, The Fed is saying they’re not done yet—only a systemic malfunction in markets would get them to pivot dovish.  So investors don’t want to get in the way of that.

But they are absolutely putting out subtle messages now that say they understand market stability is an issue.

I don’t think that will mean a pause …BUT…I think it’s possible (plausible??) this could mean we have now seen the end of 0.75% increases in US interest rates every two months.

I think The Fed has to stem the rise in the US dollar more than interest rates.

Market mayhem WILL keep erupting in the developing world—where many global credit events have started—if the greenback continues to rocket up.  It moved up 15-20% against most currencies in a two week stretch.

I’m not convinced a lower dollar would save US markets.  But I do think GOLD could start A Big Move.

Everybody hates gold.  Gold has been doing what it does so well—break the hearts of believers.  It is mostly an inverse-US dollar play to me, and the window of where it is truly useful in economic disaster is, IMHO, very small.

And I think this theory gets tested very soon—quite possibly by the end of this month.  Realistically, we would need to see another sign or two that the higher dollar and interest rates were causing more problems before this happens—but then again, gold is up today with the Market.

Or maybe the Market starts to price in slightly lower peak rates for Q1 23, or consensus builds that the 0.75% rate increases are done.  History says (look what gold did 2009 – 2011, post GFC) gold could be the big winner in Q4 this year.