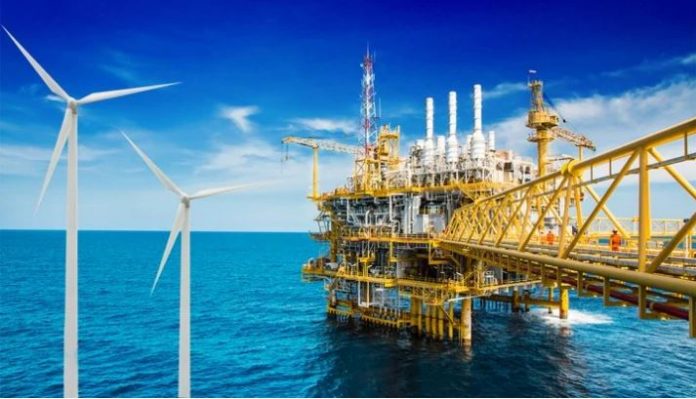 I have a hard time saying this sometimes—but The Big Money in energy is still in renewables.  I mean, oil especially but also gas stocks are (across the board) cash cows right now—like never before in modern energy history—and they’re so CHEAP—like, 2-4x cash flow.  That’s half to one-third the multiple of the last cycle ending in 2014.

We should all be buying them hand over fist, right?  But we’re not, or those cash flow multiples would be higher.

I have to say–whether it’s lithium or hydrogen vs oil & gas, or energy storage vs transmission lines and pipelines, the Market is screaming at me to focus more on renewables.  Renewables are—yes a bit more risky—but much more highly valued.

The poster child for this was this week when energy major BP (British Petroleum; BP-NYSE) paid US$4.1 billion, or 25x EBITDA, for RNG–Renewable Natural Gas–producer Archaea Energy (LFG-NYSE), which also equates to a more than double since it got listed less then two years ago.  They mostly produce gas from landfills.  Archaea got a big premium (think that Continental minority shareholders got almost no premium).

RNG is very costly to produce—the numbers I see suggest a ballpark price of US$15/mcf, but can be as low as US$10/mcf.  Selling prices are (or were, up until natgas recently coming back to $6/mcf in a hurry) roughly $23-$30/mcf—so big profit margins for the producer.

(But that also makes it tougher to sell to utilities, who obviously want the cheapest natgas they can find—except if it helps their ESG score with the institutional investment community)

LFG operates 50 RNG and landfill sites across the US, producing about 6000 boe/d of volume, with a development pipeline that the company thinks can increase RNG production by 500% by 2030. They’re talking EBITDA growth towards $500 million by 2025 and $1 billion by 2027 from the asset base.  That’s BIG growth, and of course it’s ESG-friendly.

Nobody is paying 25x EBITDA in oil and gas. To wit:

Bank of Montreal rightly pointed out in one of their morning energy notes recently that (everything in brackets I’ve added):

“from a North American upstream E&P perspective, notwithstanding the macro & commodity price volatility over the last 4 months, we have seen

Add to that—renewable stocks have been destroyed in the last year.  Oil stocks are holding in really well after rising 5-10x in 2021; but most of them are now flat since March.  Oil prices are doing OK—but natgas prices are coming to earth as I write, down to $6.50/mcf in the US from $10 earlier this year.  And as I have pointed out a couple times on Twitter recently, Canadian natgas prices have been ZERO several times this year already, and small hubs are even NEGATIVE some days.

So if you have a bit of risk tolerance, I see The Big Wins in energy in the renewable space right now.  They get way higher multiples—every additional Gigajoule or barrel of oil equivalent of energy they add gets rewarded A LOT MORE by the Street.

And after looking around for months, I think I have found one.  I’m almost done my research—I’ve talked to management several times.  They have  millions in the bank. They have powerful friends in high places.  I’m going to be telling you about them very soon.  Stay tuned.