Thunderbird Entertainment (TBRD:TSXv/THBRF-PINK) and their shareholders are laughing all the way to the bank as streamers, big studios and traditional networks pay big bucks for content.

Every big business in any kind of media has – or is launching – a subscription video service. That is creating an epic supply/demand imbalance.

These companies are spending big money on content – and will for years to come – tens of billions each year. It’s the biggest tailwind I see for any sector anywhere in the Markets.

The Biggest Mistake that the new streaming companies can make: is not having enough content. Paying too much for that content is not the concern. The billions these companies are pouring into streaming services is wasted if they don’t get subscribers fast – they need high quality content.

Netflix alone is expected to spend $18 billion and are especially desperate with Disney yanking its content off of Netflix to build their own streaming service.

The timing for Thunderbird Entertainment could not be better–nor could the timing for buying shares in the company.

That’s why I got long! Because while investors don’t know about it….

Everybody in the industry is chasing T-Bird’s creative team in this race to build paying subscriber bases. You can’t make $5 billion at the flip of a switch like Netflix when they jumped rates by $3/month – without a lot of subscribers!

And you need high quality content to do that!

All this frantic action is showing up in T-Bird’s financials – look at these EBITDA numbers for the last three years:

AND… they have a potential $170 million backlog on shows for next year – much of it with The Big Boys – what’s called the OTT – Over The Top content majors like Netflix.

EBITDA will keep growing with that kind of backlog. And I get to buy all that growth at half price, as their valuation is half their peer group. That’s mostly because T-Bird only listed in November 2018, it really isn’t on anyone’s radar screens yet.

I want everyone to understand the leverage here. This industry is now GLOBAL. Netflix has 80 million international subscribers. If you get a hit show, EVERYBODY in the world will have a chance to see it now. Asia, Europe, Australia, South America… you can get BIG in a hurry here and make HUGE money.

And where that really pays off is in animation. If you create a cartoon character the kids love, you could have another Paw Patrol, a Canadian-made animation that brings in as much as $300 million in annual sales from merchandising   That would have an incredible impact on T-Bird’s $2 stock.

The merchandising of these cartoon characters can absolutely dwarf what the show is worth – to the point where truly, the show is just a commercial for the toys, games, consumer products etc that surround a winning character.

Get this: Toronto based eOne was offered 1 billion pounds (US$1.3 billion) in August 2016 just so they could have the rights to the animated Peppa Pig. Over 1 billion dollars!!!!! (By the way, that would be $21.73/TBRD share) 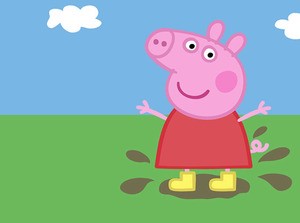 It’s the most un-appreciated part of the studio business by investors, yet it has been happening for years.You know why Star Wars director George Lucas is a multi-billionaire? Because he chose a paltry salary of $150,000 but wanted the merchandising rights. That decision made him one of the richest men on earth.

T-Bird’s stock has a huge tailwind with massive studio spending, and the leverage that ONE hit show or character can create a worldwide merchandising deal. Given the talent and focus that T-Bird has on this (they just hired away a Pixar animator!) on animation, and only 50 million shares out – the leverage for investors is very real.

Now, an animation homerun is the sizzle for investors.

But honestly, the main reason I’m buying the stock was the Chairman, Ivan Fecan. Fecan (pronounced Fees-an) is the Ted Turner of his time. It’s always about management.

The media business is one where small companies came become multi-billion dollar juggernauts – provided the right entrepreneur is calling the shots.

Ted Turner took over his father’s billboard ad company in an emergency… the elder Turner had tragically took his own life.

The company was tiny, nothing. Turner had a vision to build a giant media conglomerate. He renamed the company Turner Broadcasting and went to work, building it from scratch to selling it to Time Warner for $7.5 billion in 1996. (T-Bird only has 50 million shares out, so that’s about $152/share if Ivan & team can do it.) 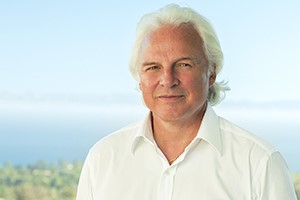 Ivan is a great builder, manager, and seller of content.  He has been the creative or executive head of THREE national TV networks, and sold two of them.

In other words Fecan is at the very top of the food chain in the entertainment industry. And this is the first time he’s working for himself, with a BIG stock position.

Joining Fecan as the lead director of Thunderbird is the founder of Lion’s Gate Entertainment, one of if not THE largest independent studios in the world – Frank Giustra.

Lions Gate also started from scratch, and now has an $8 billion enterprise value.  These two men have built BIG media companies. T-Bird just listed four months ago! They’re just starting out and shareholders get them today at half price by any valuation metric.

Their smartest move to date was promoting the head of Atomic Cartoons, Jennifer McCarron – to CEO. This amazing woman built up Atomic from 60 to 600 employees, and developed their key relationship with Netflix. McCarron was the executive producer of Beat Bugs, an animal cartoon series built around the Beatles’ songs.

Thunderbird pitched Netflix, and they bought it right away. Not only did they pay tens of millions for the show – they wanted a two year exclusive. McCarron produced that show – it was one of Netflix original shows – and was their top family hit for years. Netflix even has one of their main boardrooms in Los Angeles covered in Beat Bugs!

She is now definitely IN with the OTT–Over The Top-crowd, and that is key for us shareholders. Since then, she has literally walked into Netflix and walked out of there with another T-Bird deal worth tens of millions – same day. SAME DAY. Cha Cha Cha!

Yoda and Obi-wan have their Skywalker.

This threesome’s experience, connections and financial discipline is why T-Bird’s EBITDA is up 500% in two years. And that backlog will keep it growing.

Their involvement is why Thunderbird is attracting top quality creative talent like no other studio this size (they just hired away an animator from PIXAR!)

Their involvement is why I expect this little company to one day – and not too far away – have a valuation in the billions – more 10x what it’s trading at today. That has happened with every other company these two men have been involved with, and this  time it should be so much easier now that content is going  into (desperately) short supply.

The stock has only been trading for four months. A full, new set of financials have not come out yet. I think investors get a pop when the first couple quarterlies come out, and then steadily build as the studio gets bigger.

And they’re already in with OTT crowd I spoke to earlier; The Big Boys. In fact, studios like Disney and Netflix ask T-Bird to produce their shows!

That sure makes it easier to get same-day, multi-million dollar deals – the OTT crowd has the confidence to push work onto T-Bird, so no wonder they can land big contracts.

This stuff is happening all the time now. They just signed a distribution deal for one of their half-hour comedy shows (Kim’s Convenience) across all of Asia. Their top ranked reality show, Highway to Hell, is sold in over 170 countries, and has spawned TWO more reality TV series spinoffs.

They’re firing on all cylinders. And nobody in the investment world knows this T-Bird story. Like I said, it trades at half the value of its studio peers, even the small ones. And T-Bird is growing much faster.

Of course, when they make their own shows, whether it’s the cartoons from animation or the reality TV series, they own the rights to those shows. The merchandising revenue alone from a hit show could make T-Bird stock a multi-bagger… and Atomic Cartoons is having great success. And the distribution rights can be re-sold time and again, creating a recurring revenue stream for the company over time.

T-Bird is growing revenue and cash flow like crazy. They’re making top-rated shows. They’re attracting both high quality creative talent (PIXAR…) and being given shows to make by The Big Boys. They’ve got the two best media builders in the country who are just starting out on their big growth curve – right when the studios begin spending billions… could their timing have been any better?

And the stock is trading at half price; half its peer-valuations. Whenever you can buy best-of-breed management already generating huge growth AND positive cash flow – at half price – I make that trade all day long.

I think my timing is great, owning the stock right now. Quarterlies are coming, more analyst and institutional attention is coming, and as that potential $170 million backlog gets firm announcements, I think the stock moves up steadily.