Let me give you an idea.  Painted Pony (PONY-TSX) just sold 4% of their landholdings in the liquid-rich Montney play on the Alberta/BC border for 50% of their market cap.

And this was not a rich deal—the land price of $5,319 per acre is in line with previous deals this year.

They sold a 75% working interest in 11,280 acres of Montney land for $45 million to an un-named buyer (after the deal closes we will find out who it was).

Like I said, this was a very small percentage of the overall land package that Painted Pony owns – about 4% of the total.

The market capitalization of Painted Pony is ~$95 million.

That means this 4% sale represents nearly 50% of the company’s market capitalization!  If you apply that value per acre across even half of PONY’s lands, it would infer that the stock should be 40% higher.

After the sale, Painted Pony has just a hair under 187,000 net acres of Montney prospects remaining. 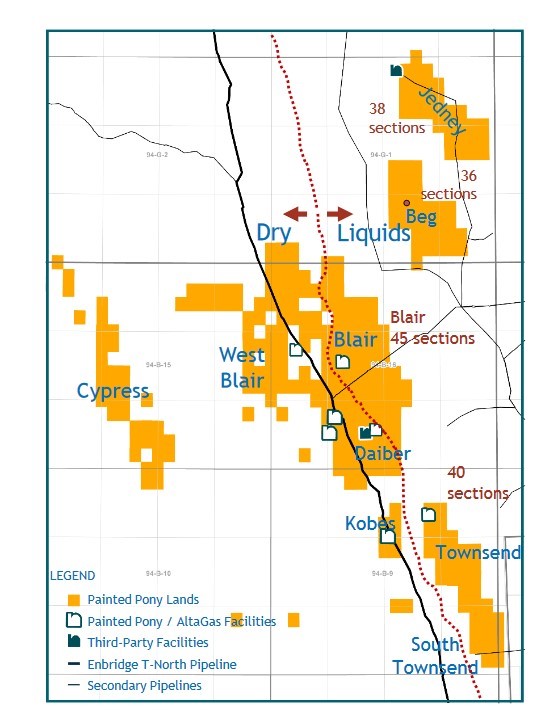 Of course, the company has debt.

Total debt is around $375 million pre-sale.  The sale helps reduce this amount by 12%.

After the sale Painted Pony has an Enterprise Value (EV) of about $425 million ($95 million capitalization + $375 million of debt – $45 million sale proceeds).

Applying the $5,300/acre metric to the entire acreage position would yield a $980 million valuation.  That works out to $650 million or $4 per share for the equity.

While Painted Pony has not disclosed much about the sale, we do know that the acreage had no production or reserves associated with it.  This narrows the possibilities and makes it likely that the sale is in the Beg or Jedney areas.

These are liquid-rich lands.

To the south, the company has said that Townsend has ~45 bbl/MMcf, while Blair has 15 bbl/MMcf.  Daiber is dry gas.  Overall, Painted Pony estimates that 50% of their acreage is liquids-rich.

That translates to an equity value of $1 per share.

In other words, even if I give ZERO value for the more than 90,000 acres of dry gas acres that Painted Pony has, the share price should be 40% higher based on this transaction.

That doesn’t make it sound so cheap.  That just tells the Market that these stocks are asset rich but cash flow poor; the industry is willing to pay for good lands but investors are not. I can tell you that pretty much ALL oil and gas producers are trading roughly 4x cash flow, or 4x EBITDA/Enterprise Value, or EV.

But based on land values, PONY is REALLY cheap.

It’s not just Painted Pony.  The entire Canadian gas universe at these levels.  Consider these estimates published by RBC this week:

All these estimates are done at AECO (the main Canadian natgas hub) prices of $1.50 per mcf for 2019 – so extremely depressed pricing. Yet as Canada’s Financial Post newspaper pointed out yesterday, AECO prices have actually been on the rise. 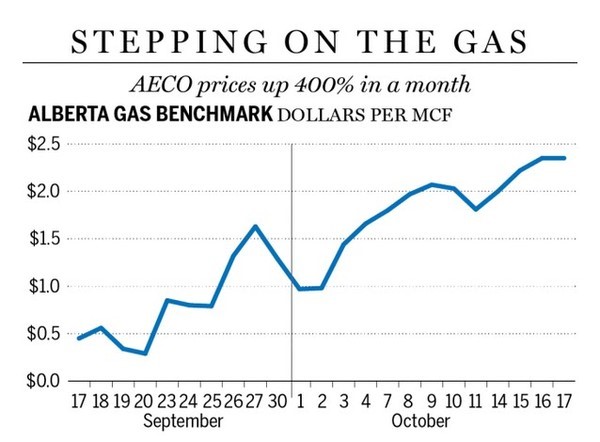 Meanwhile, Alberta gas storage is lower than it has been in a decade.

A few weeks ago the energy information hub RBN Energy noted that:

“With storage injections remaining well below average through September so far, the storage deficit continues to grow and our estimate of 330 Bcf available for the start of the next heating season may end up proving to be too optimistic. September, like August, may also set a two-decade low for cumulative storage injections if the current tepid rates of injection continue for the remainder of the month. And if they do, will the forward markets show at least some concern about winter supply and prices?”

While low storage levels would provide some support for natural gas prices, that isn’t the whole story.

A Change in Regulation

A second catalyst comes from an obscure ruling made in September by Canadian regulators.

TC Energy (formerly TransCanada Pipelines) , which operates the Nova Gas transmission line (NGTL) in Canada that delivered over 12 billion cubic feet per day in 2018, was granted permission in September to change the way it operates NGTL.

What may seem like an innocent change had significant impacts to pricing and storage.  It is largely interruptible volumes that go to storage (the nature of a firm capacity contract is generally that the capacity is required for some industrial or residential purpose).  Storage began to fall.

Prices fell as well.  Gas producers without firm contracts had nowhere for their gas to go, and producers were left as forced sellers of gas, sometimes at prices that were below $0.

The Alberta government put pressure on TC Energy as did producers, to change the priority on restrictions.

This is the change that was granted on September 27th.  Not surprisingly, the run up in AECO has taken place largely inline with that date.

Not Terrible is Good

This is not a feel-good story.  It is a feel less-bad story.  When stocks are priced for Armageddon and all you get is a regional war, well maybe that is enough for some upside.

There are still plenty of problems with AECO.  Gas in North America is structurally oversupplied.  LNG is a game-changer, but it remains years away.

Yet years of low prices will continue to have an impact on the decisions of producers that had to endure the pain. In the short term the lingering dark clouds will keep a gloomy mood among producers – and a cap on production – even as prices rise.

Despite AECO prices getting better, nobody is increasing production.  After YEARS of disappointment there is a gun-shy attitude on increasing capex…and any producer who says they are increasing spending gets sold off quickly. So companies are taking the cash flow and paying down debt.

That’s okay.  That is how bottoms in stock charts are built.  And when you look at these Canadian natgas charts, they have barely started to bottom–just in the last couple months, and even then some are still setting new lows regularly.

Just Over the Horizon

So the charts of these stocks are not saying buy just yet.  We are hopefully getting to the end of a downward spiral for all North American producers. The Canadian producers are not escaping the overall malaise.

But maybe not. Right now it’s tough to see a light at the end of the tunnel for these producers.  Between the Monster Marcellus gas play in Pennsylvania and Virginia, and the large amount of associated gas being produced in the Permian basin of SW Texas, the US doesn’t need Canadian natgas as much.  Until natgas production in one of those two basins rolls over, prices will remain very weak.

And there is no LNG–Liquid Natural Gas–happening off Canada’s coast for years.

But at least the industry is still willing to pay good money for good assets, even if investors aren’t. 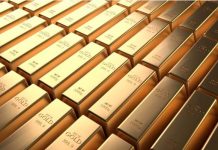 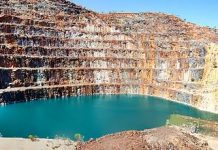