It’s still a nuclear winter for junior lithium stocks—especially for the South American salar (evaporation) projects—but a very different kind of project has been heating up in North America.

Surprisingly, they are deep, hot brine plays, which didn’t get much attention during the lithium bull run of 2016-2017. Investors were much more focused on high altitude, shallow salars in South America or hard rock spodumene in Australia and Africa.

E3 Metals Corp. (ETMC-TSXv) with a 6.7Mt LCE lithium brine resource in the middle of the Alberta oilpatch, announced in September an up to $US 5.5M investment by Livent, one of the world’s largest lithium producers and a technology leader in the industry.

Standard Lithium (SLL-TSXv) is starting up a demonstration plant in southern Arkansas to extract lithium from an already flowing brine producing bromine, and they announced in October a $US 3.75 million convertible loan from Lanxess (LXS-ETR, LNXSF-OTC), their German chemical partner who operates the plant.

“We are excited to have Livent’s technical expertise on board. Their expertise with E3 will move this project towards construction faster than many other options. Their lithium development group are leaders in the space.  This is really like building a development arm to our company for no cost,” says E3 CEO Chris Doornbos.

Brine technology is new, whereas evaporating lithium out of salars is a 12th century technology.  Investors are always leery of new processes in mining. Also, both E3 and Standard Lithium were early stage plays in the lithium bull run of 2016-2017—another hurdle for investors.

“We’ve developed a process specific for our project that extracts lithium from the brine in minutes,” says Andy Robinson, COO of Standard Lithium.  “We’ve kept it simple, proven the process and now we’re demonstrating to our partner and to the industry that it can be taken to the commercial scale.”

Compare that to salars, where lithium has to sit in large evaporation ponds for 18 months before processing starts.

E3 Metals CEO Chris Doornbos speaks to the scale and simplicity of using brines:  “The processing of brines is way simpler. With hard rock or clays, you have to mine it, upgrade it, roast it in some cases, and then leach it to make a sulfate stream. We already have our lithium in solution as a brine.

“This project looks just like an oil operation–which is the industry in Alberta—right up to the chemical plant.  The brine gets pumped up like oil.

“We can move massive quantities of brine easily here to produce large quantities of lithium from this very big resource. That’s why for this project, the grade is less important.”

Besides speed, scale and simplicity, the Alberta and Arkansas lithium brines are different in several ways technically from the more well-known South American salar-type brines.

DLE processes recycle most of the water, take up very little space, and are not dependent on the weather to work properly like evaporation ponds are. A schematic for how these processes work is shown in Figure 1. 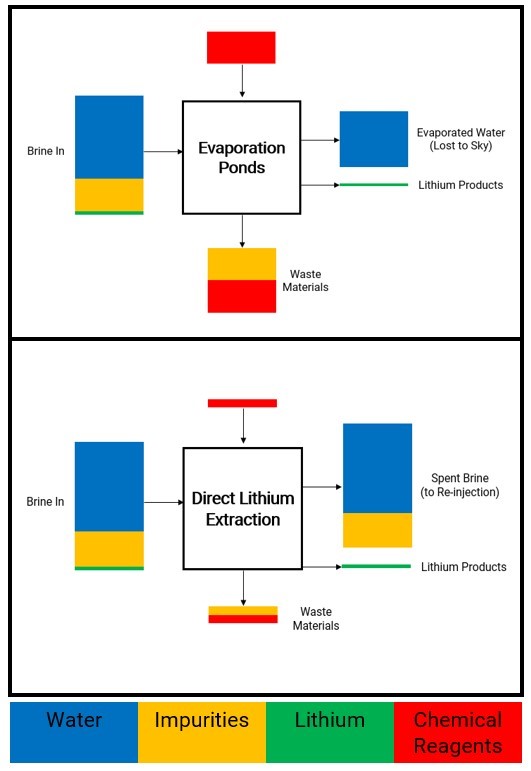 DLE lithium is attracting big interest from European brokerage firms.  Deutsche Bank issued a report on Lanxess in July 2019 saying that if Standard Lithium’s process works commercially, Lanxess’ 50% of the profits is worth five euros to their share price—or 415 million euros.

Standard’s preliminary economic assessment (PEA) estimates their process will have an OPEX near $4,400/tLi2CO3, which is competitive with other major brine projects and much cheaper than making lithium from hard rock resources like spodumene.

“Lithium projects are incredibly challenging to build, and the track record of the industry is poor,” says Robert Mintak, CEO of Standard Lithium.

“A developer like ourselves would have a hard time convincing investors and off take customers that we could do this ourselves. Our partners Lanxess operate over 70 chemical plants globally. They have access to cheaper capital and have a global buying power for reagent and power contracts that we would NOT be able to match.”

Lithium prices peaked in late 2017, and have sloping steadily down ever since.  It has been caused by a temporary oversupply of spodumene concentrate that has negatively impacted the price of lithium chemical products on the China spot market. 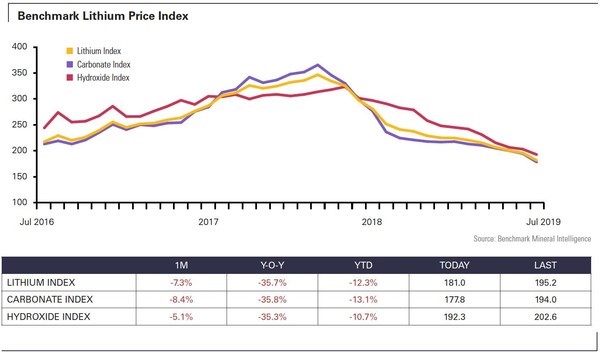 That has closed the equity window for juniors to raise capital.  Big lithium producers like Albemarle (ALB-NYSE) have seen their stock prices drop 50%, but the juniors have dropped 75-90%–and couldn’t raise a nickel right now.

That’s what makes these two industry investments unique—nobody else in the junior lithium space is able to attract capital, and may never if lithium brine gets commercialized with these two large industry partners, Livent and Lanxess.

But even if the junior market returns, things have changed in what is called “The Golden Triangle” of lithium, high up in the Atacama Desert on the Chile/Argentine border.

Argentina is suffering another currency crisis, has re-elected a government perceived to be hostile to business, and recently imposed a “surprise” export duty on lithium products that is scheduled to sunset, but no one expects that to happen.

Chile is experiencing a series of large, violent protests that have literally blocked the roads to the Salar de Atacama, one of the most important lithium producing resources in the world. These factors don’t mean South America is a total “write-off” but it has given investors reasonable reservations about the region and elevated attention to other jurisdictions.

Mintak commented, “When we started Standard Lithium in 2017 we looked at the entire landscape with a process that considered, resource, permitting, infrastructure, work force, geographic and geopolitical risk.
Arkansas came back as the absolute winner.”

It would be hard to make most of those arguments for the Argentine Andes.

In conclusion, both E3 Metals and Standard Lithium:

It’s still a nuclear winter for most lithium juniors, but hot brine has created a spring thaw for two of them. 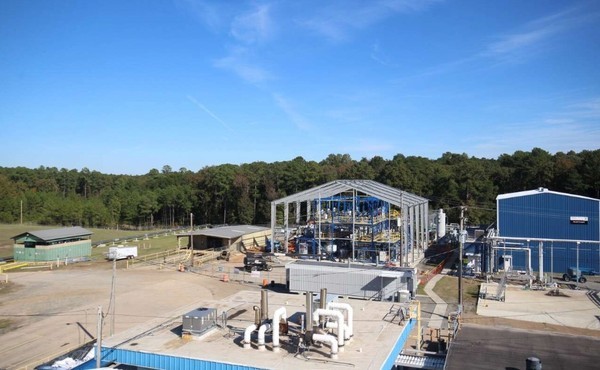 Alex Grant is CEO & Principal of Jade Cove Partners, a lithium technology advisory firm based in San Francisco, California. He co-founded Lilac Solutions, one of the world’s leading direct lithium extraction technology companies and is now an independent advisor for multiple lithium projects around the world that seek to implement advanced technologies for production of battery quality lithium chemical products from unconventional resources. He has a B.Eng. from McGill University in Canada, and a M.S. from Northwestern University in the USA. 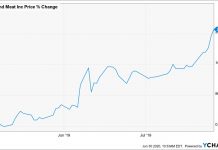 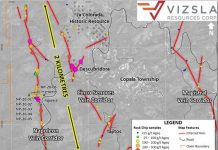 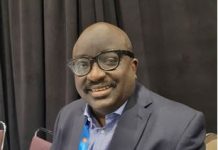