The Wicked Witch of Oil is Dead

This is a cyclical business so we knew it would happen eventually.  But I am certain that nobody expected the Cushing glut to drain in the two months since November 3, 2017.

Yet that is what transpired–and the oil market has sat up and paid attention.

The chart below from Mason Hamilton of the EIA tells the story very clearly. 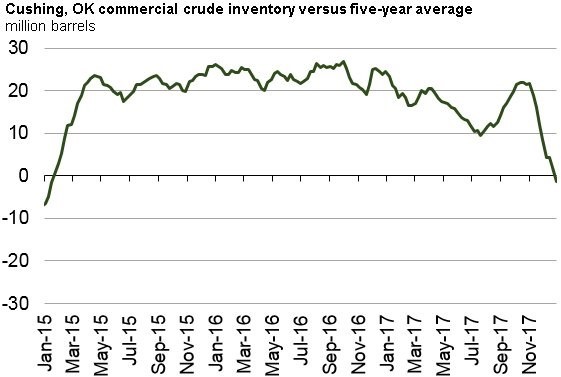 This chart shows crude storage levels at Cushing now vs. the five year average.  Cushing Oklahoma is the largest oil hub in the US, and WTI is quoted from this hub–so it’s very important to oil prices. Over the past three years Cushing has been 20-30 million barrels above the five year average virtually all of the time.

That’s huge, given that at 70 million barrels it’s operationally full.

For the last three years, the world has been massively oversupplied with oil; at the end of 2014 the Saudi’s stopped propping up the market, and ramped production.  For over two years, daily oil supply far exceeded demand.  You can see that play out in the chart above in early 2015 as Cushing storage levels soared higher relative to the five year average over just a few months.

After that sharp move, the level of storage at Cushing relative to the five year average bumps along at roughly the same level until late 2017.

Then inventory levels fell as fast as they went up three years ago.

Let’s use our powers of deduction to try and figure out what that means. 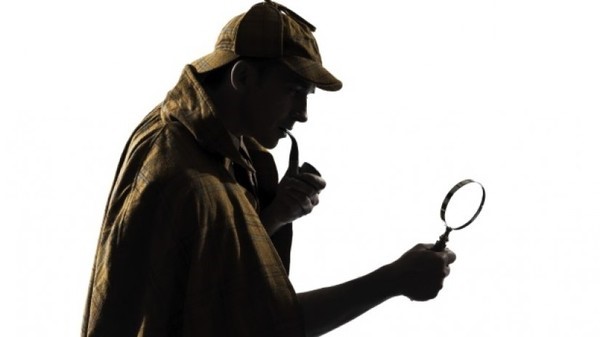 Well it isn’t rocket science is it?

First – Oil demand in 2018 is projected to continue to be very strong.  The IEA sees 1.3 million barrels per day of demand growth and we have to remember that they chronically underestimate that figure by a shocking amount.
Here are the IEA projections:

https://www.wsj.com/articles/why-oil-demand-may-be-higher-than-expected-1489730400 – and this really is startling. The WSJ research shows that the annual EIA figures have been revised up by an average of 2.3 million barrels a day for the last seven years.

Second – The IPO of Saudi Aramco is scheduled for late in 2018.  That means that the young Saudi Prince who is calling the shots needs oil prices to be very strong in order to maximize the cash reaped from the public offering.  Crown Prince Bin Salman has big plans for Saudi Arabia and he is going to need to milk the oil cow for every penny of cash that he can (as fast as he can).

Do not look for the Saudis or OPEC to back off from their production constraints.

Third – Key oil producing countries are falling apart after years of underinvestment on the back of low oil prices.

Fourth – The obvious source of oil production growth is U.S. shale which will no doubt do well in 2018.  Expectations for year on year shale growth range from 500k to 1 million barrels per day.

The problem is that there is shale–and then there is nothing else.

Since oil prices crashed investment in new supply has collapsed.  The lack of the commissioning of new deepwater, oil sands and international exploration projects is just starting to show up.  We have still had pre-oil crash commissioned projects coming on-stream up until this point.

A global oil market that is already undersupplied is going to get further undersupplied.  That is going to make 2018 an extremely rewarding year for investors positioned to profit from this opportunity.

If you are looking to be one of those I’ve got a free company report on North America’s most attractively valued oil-weighted producer.  The returns on investment that this company makes drilling wells at current oil prices will blow your mind…click HERE to get it working for you.

Next post: This Oil Major Jumped 50% In A Month: Here’s Why I Missed It