Nobody believes in oil stocks. Look, I get it.

It has been three years since oil crashed.

The price of oil just never goes up.

We have had so many oil price rallies that didn’t amount to a hill of beans that we have all lost count.

Everyone has accepted that being bullish on oil is being wrong.

Here is the thing though.

Everywhere I look today I see reasons to be bullish about oil.

In fact pretty much the only thing that I see that isn’t bullish for oil is the price of oil itself.

That can’t last forever.  Eventually the fundamentals will dictate the price.

There are some pretty obvious charts that investors are ignoring…because they’ve been burnt.  Group psychology has a block on oil…even as they are staring bullish charts.  And that’s where fortunes are made.

An oil processing spread (crack spread) is the margin that a refiner can make while processing raw crude oil into refined products like gasoline and distillates.

These crack spreads provide us with a real-time indication of how strong demand is for oil products.

Demand for oil products directly impacts demand for raw crude oil itself since crude oil is the raw material.

While crude oil is quite flat year on year the prices of both heating oil and gasoline are up significantly.

That is a disconnect worth paying attention to.

When the price of heating oil or gasoline outperforms the price of crude oil it is a very bullish signal – a sign of stronger demand.

Here is a very strong price chart for heating oil: 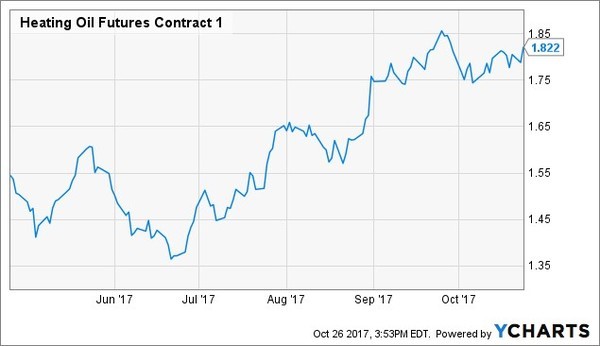 With the price of crude oil not rising nearly as much that has blown out heating oil processing spreads. 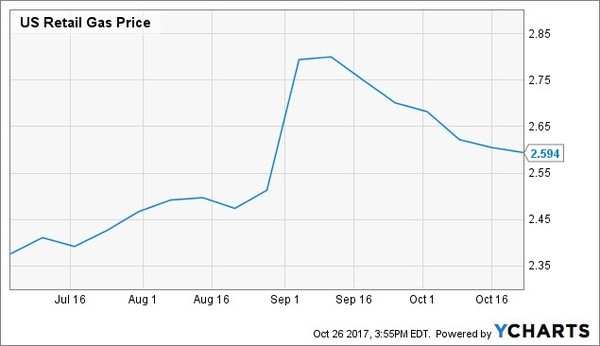 The peak in the driving season wrapped up on Labor Day weekend back in September.  While prices have backed off since then the gasoline processing spread is still far wider than where it was last year.

That is nearly 35 percent higher.

Bullish Item #2 – Back Into Backwardation

This is the first time in more than three years that the WTI futures market has moved into backwardation (current month pricing higher than future pricing).

When the front month contract trades at a discount to the future price (known as contango) it is a symptom of a market with high inventories and oversupply.  In the near term there is plenty of supply for the amount of demand so prices are weak.

We have been in a contango situation for the past three years.

That makes sense given how oversupplied the market has been.

Backwardation meanwhile with its premium for nearby contracts is associated with a near term supply shortage and dwindling inventories.  The market is bidding up near term prices because demand is strong relative to supply.

Both Brent and WTI prices have been moving away from contango and towards backwardation for more than two years as the market slowly rebalances.  Now it seems we have reached the promised land.

Brent futures moved into backwardation temporarily in August and have been consistently trading that way since September.  Now WTI is there as well. 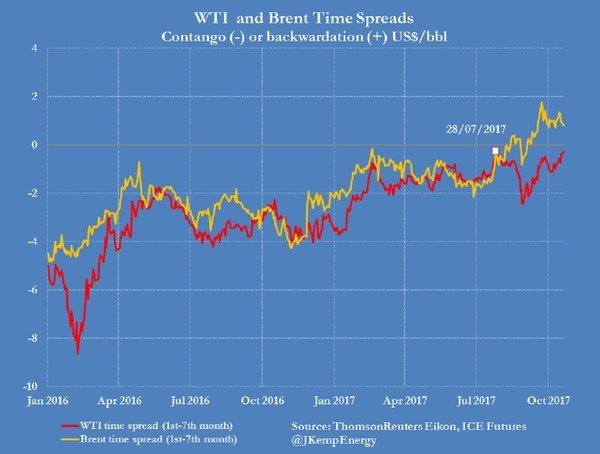 The inventory supports the market moving into backwardation.

Now for some interesting historical information.

The last four times the oil futures market slipped into backwardation oil prices rallied between 25 percent and 72 percent over the next nine months.

Bullish #3 – Stock Prices of the Majors

The bullish supply and demand story for oil has become pretty convincing.

What really got my attention this week is when I pulled up the charts of the major oil producers.

They are very supportive of the idea that good things are about to happen for the price of oil.

First we have Exxon which is on the verge of a major breakout. 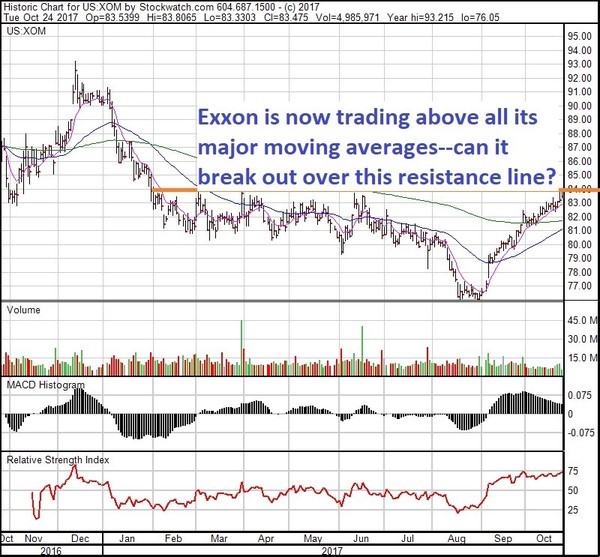 Then we have Chevron which is going to hit a new 3 year high if it breaks through the resistance at the $120 mark.

That would be a major signal. 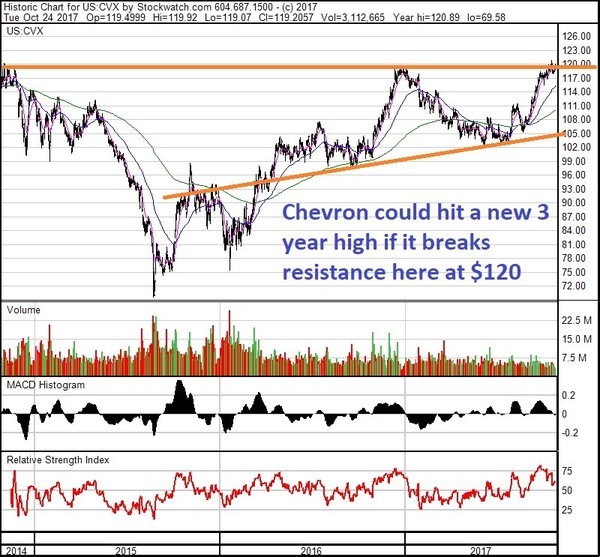 Finally there is Shell which has already broken through and is setting new highs on a regular basis. 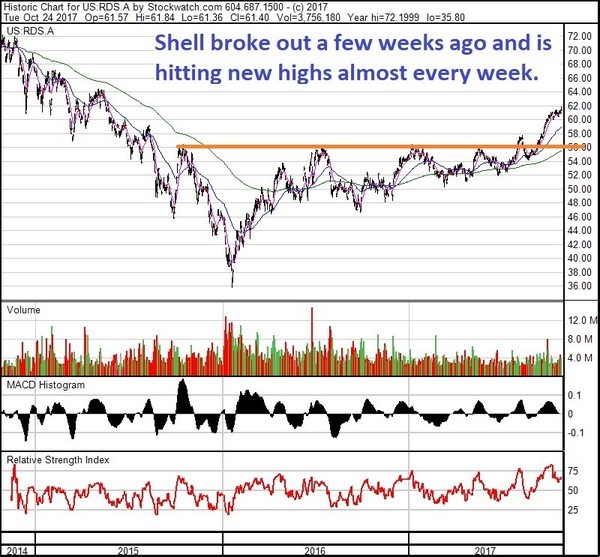 All of the signs are there.

Does this say the Market is on the cusp of a significant breakout for the price of oil? Maybe.

The last thing that is bullish for oil?  Nobody else is bullish on oil. Institutional money wants nothing to do with it.  Nobody believes. Other than the supermajors–whom you would expect to lead–oil stock charts look bad.

The main reason for that–oil producers as a group don’t produce Free Cash Flow.  But my portfolio is full of the few which do…and one in particular is a Free Cash Flow machine–with oil at $50. Oil doesn’t have to go any higher for this company to grow within cash flow, and not have to add any debt or equity.

It’s the best place for investors to get their toe-hold in the oil market now–when people don’t believe what the charts are telling them.  Early investors make The Big Profits–get this machine working for you–click HERE.

Previous post: The Most Important Thing To Know About Investing In Oil