The Saudis want control of the oil market back, and they are lowering prices to weed out the high cost producers.

But I found a western producer with even lower costs per barrel than the Saudis.

That’s right—someone who beat them at their own game.  Just like the Saudis, this company can turn on the taps and start raking in big profits whenever they want.

I’ll prove it to you in these two charts.  The first one, from the Wall Street Journal, estimates the cost of production of major oil producing countries: 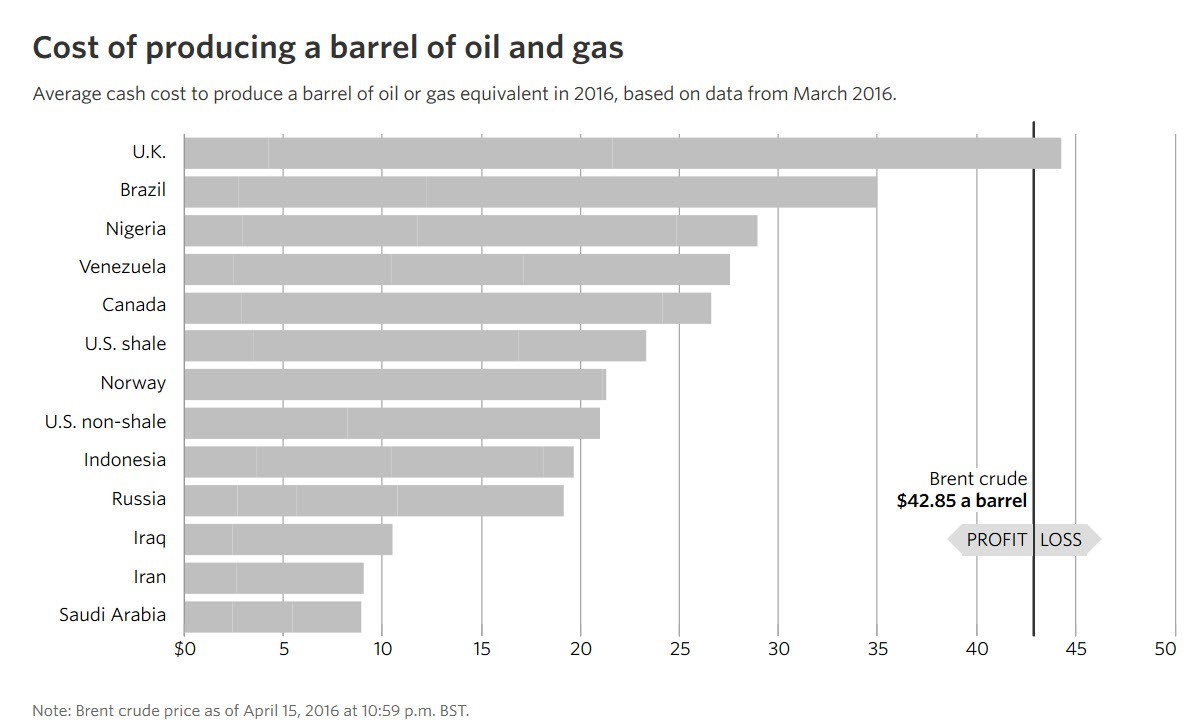 Here’s a chart from the financials of my #1 Oil Stock—these numbers are verified by independent reservoir engineers:

You are reading that right—for their proven (IP) reserves, they can get those out of the ground for TWO dollars a barrel.

That’s less than half what the WSJ says it costs the Saudis.

This Company Beat The Saudis at their own game.

And as the global oil market rebalances now, prices are going higher.  With the lowest cost production, this company will have the fattest profit margins of any producer in the world.

I just bought more stock this week.  This is a stunning play, and the profits are just starting to roll in.

If I could only buy ONE oil stock, this is it.  Get the name and symbol—RISK-FREE—right HERE.