Home Oil Stocks This Man Called the Bottom (so far)

Hi, this is Keith Schaefer—even though you don’t recognize the logo above.  Since oil crashed back in the fall of 2014 we have had a few false starts at an oil price recovery.

Is this rally real–or another tease?

I’ve helped the editor at Hedge Fund Insiders http://www.hedgefundinsiders.com/, Reece Morgan, start a brilliant investment website.  Reece keeps a close eye on what the best investors in the world are doing—the people who have amazing 15-20 year track records.  The Hedge Fund Insiders investing approach is to build a portfolio made exclusively of the best ideas from the best investors in the world.

I’ve seen Reece’s research, and he is onto something.

One of those elite investors thinks that a significant oil price recovery is in fact coming in 2016 and that our window to get long is indeed quite short.

Here is the latest from Hedge Fund Insiders:
Hayman Capital’s Kyle Bass made half a billion dollars betting against U.S. residential mortgage back securities in 2007.
Today he believes that there is by far one place where investors are going to want to be invested for the next 3 to 5 years.

It is the energy sector. 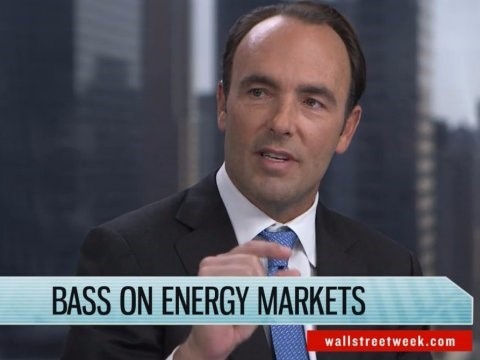 Bass thinks that the window of opportunity to get invested in the sector will last another few months after which investors will be chasing the price of oil and related energy equities higher.

Given how far the sector has fallen, it could be a lot higher.

That approach worked out pretty well for Lynch.

As manager of the Fidelity Magellan Fund from 1977 to 1990 he achieved an annual average return of 29%.  The Magellan Fund had $20 million of assets under administration when Lynch took over and $14 billion when he left.

Kyle Bass has a very different approach.  He is very focused on the macro level and his approach has worked out pretty well for his investors.

He has successfully profited from investing based on the several macro calls:

Bass isn’t perfect, he isn’t right 100% of the time.  But he is right a lot more often than he isn’t and the results of his successful trades have been spectacular.

Why Bass Believes Oil Is About To Turn Higher

Bass believes that the world is going to be shocked how quickly we go from an oil “glut” to an oil “deficit”.

He explained his reasoning firstly as:

“In energy, I just believe that the margin of safety for the globe is the smallest it’s ever been in energy. Global demand is 96 million barrels per day, the highest it’s ever been, and incremental supply capacity, let’s say swing capacity, is at the lowest point as a percentage of that ever, about a million and a half barrels a day”

From 2006 through 2008 the reason that oil prices spiked up to $150 per barrel was that the market became increasingly concerned about the lack of spare capacity.

Well, we have even less spare capacity today as everyone (including OPEC) is essentially pumping flat out. 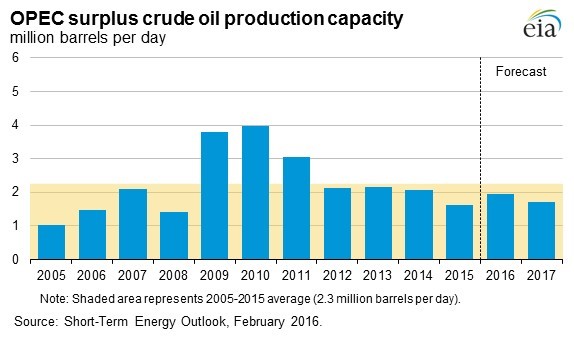 The difference this time is that we also have an unusual amount of oil in inventory.

Bass believes that inventory is going to start to decline rapidly as U.S. production rolls over in a big way in 2016.
His firm had done a thorough analysis of oil supply.  Their conclusion was that U.S. production alone would drop by a million barrels per day from its March 2015 peak by April of 2016.

When that happens all of a sudden the world is going to be consuming more oil on a daily basis than is produced, and inventories are going to start to fall.  With everyone pumping flat out already, there isn’t going to be any new production readily available to make up for that shortfall.

How Bass Is Positioned To Profit

Bass got into this oil trade early.  Too early.

He was early in betting against the U.S. housing bubble too, but in the end he was very right and made a lot of money.
As of last June he owned several U.S. listed oil and gas producers in the Hayman portfolio.  Hayman had decent sized positions in Anadarko Petroleum, Bonanza Creek Energy, Continental Energy and Diamondback Energy to name a few.

Judging by his portfolio he had chosen to own a basket of oil and gas companies rather than make a concentrated bet on a few favorites.

Hayman’s September SEC filing revealed that Bass sold all of those positions over the summer months, likely surprised by oil taking a second leg down in August.

Bass is still long oil, but this time he owns the commodity instead of the producers.

The appeal is simple–by owning the commodity he won’t lose much if the price stays lower for longer.  But if he owned the producers lower for longer could end very badly for some companies.

What We Do At Hedge Fund Insiders

The core belief at Hedge Fund Insiders is that the retail investor is making a mistake trying to compete with professional investors.

A retail investor can dedicate a few hours a week to investment research. The top funds can dedicate hundreds of man hours researching a single idea as well as spend millions on third party research.

Instead of competing against the top funds, we suggest profiting from them. The complicating factor is that these funds have large minimum investment requirements and are only available to the wealthiest 1%.

That is where we come in. We level the playing field for the retail investor by studying the portfolios of the top hedge funds and digging out their very best ideas.

We focus only on the best of the best.  We follow only the managers that have proven themselves over decades to consistently outperform the market.  These investors make very few mistakes.

You have to admit, our approach makes a lot of sense.

So who is the best of the best?  That’s a tough call, but I’ll tell you who my favourite is.  And I’ll also tell you the stock in which he has been buying a BIG position lately.  And guess what—it’s an energy stock. Click here.  to get the name, symbol and my full report on it, for FREE.