Many small exploration and production (E&P) companies could still be worthless even if oil prices rise next year according to RBC Capital Markets.  RBC’s recent energy note—Surviving The Downdraft–looked at the prospects for 29 US and Canadian small cap stocks.

They are what I call The Zombie Stocks—The Walking Dead.  Despite this, should US oil production drop swiftly in the coming 2-3 months, oil prices could rise and investors will swarm into oil stocks.  And while it’s true that the most leveraged stocks–like these ones–can offer the biggest returns, you still have to pay attention to the numbers.  As RBC points out, even at price 30% higher than today, some of these stocks have so much debt that the equity (share price) os still worth zero. So if you’re tempted to trade them—Jack Be Nimble.

RBC grouped companies according to leverage (total borrowing in comparison to assets) and liquidity (cash needs of the business). They found that 13 out of 29 companies in the survey—including  all 12 of the most highly leveraged—leave no value for equity investors even with a modest recovery in prices over the next two years.  RBC has price targets on almost all of these companies in excess of “zero,” meaning that conservative investors should take these price targets with a grain of salt.

No surprise when RBC sees leverage at “unsustainable” levels and expects near term liquidity problems for Magnum Hunter Resources (MHR–$0.34), Penn Virginia Corp. (PVA–$0.88), and Swift Energy (SFY–$0.65).  The Market has been saying that for 12 months.

RBC believes that each of these companies are so short of cash that they have had to adjust operations to make ends meet and may not be able to sell enough assets to generate sufficient cash in order to keep running their businesses.

These producers are now fighting for their lives—and a few are taking the gloves off.  Through debt restructuring, asset sales and other methods, they are increasing the odds of their survival—even if only for a time.

Sandridge for example, has bought back over $600 million in unsecured debt this year at prices between 30 and 40 cents on the dollar in exchange for cash and convertible notes.  These convertible notes ultimately dilute equity holders if the company makes money in the future, but this exchange could be worthwhile as investors agree to take a “smaller piece” of what they hope will be a “larger pie.”

This likely isn’t enough to address the remaining $3 billion debt Sandridge has, and investors have not pushed up the stock price since the debt swaps began.

Halcon has done the same thing—gone back to their debtholders and offered them big haircuts on their debt in exchange for a smaller amount of debt, with a higher coupon.

Exco Resources has brought in an outside investor to serve as Executive Chairman of the company in exchange for a hefty set of stock options at much higher prices. The new chairman kicked off the financial wheeling and dealing this week in a series of deals that still left the company with plenty of debt, but more room to maneuver.  First, he repurchased almost $600 million in unsecured debt at a discount for a price of almost $300 million.  Second, he paid for it by issuing new secured debt but at a high interest rate of 12.5%.  Third, he doubled down on the secured debt by borrowing an additioanal $300 million from major Exco shareholder Fairfax Financial Holdings.

This is typical of management is (rightfully) taking advantage of overzealous shale lenders who gave out billions to producers with very lax covenants over the last few years.  I’ve argued before these lenders are the real target of Saudi oil policy.  Without massive and easy debt, the Shale Revolution happens at a much more measured pace.

Stuck in the middle

RBC labeled two more groups of stocks, “Above Average Leverage but Enough Liquidity to Survive,” and “Moderate Leverage/Plenty of Liquidity.”  Investors can buy many of the more highly leveraged stocks in this “Above Average Leverage” group at big discounts to RBC’s price targets, but they run significant risks of not being able to support the valuations under conservative, low-price scenarios.

For example, Approach Resources (AREX) is available at 50% discount to RBC’s price target of$5.00, but even under RBC’s assumptions, the equity could be worthless and unsecured bondholders could receive as little as nine cents ($0.09!!!) on the dollar under the 2016 scenario.

Many stocks in the more conservative “moderate leverage” category are not available at significant discounts to RBC’s price targets.  One exception may be EP Energy (EPE–$5.83), whose share price could be supported next year even under RBC’s $57 assumption, but may have significant room to appreciate with the possibility of rising prices.

Not all is doom and gloom, however.  The least-leveraged E&P companies have strong balance sheets and will have few problems managing their modest debt loads.  Most importantly, these are the teams who are in a position to acquire competitors at attractive prices.  RBC identified five companies in this category, including Vaalco Energy (EGY), Contango Oil & Gas (MCF), Matador Resources (MTDR), Parsley Energy (PE), and PDC Energy (PDCE) in this category.  Vaalco offers the biggest discount to RBC’s price target, and with half the value of the company’s stock in net cash.

The Bottom Line–equity investors need to be very cautious–and know the numbers–when looking for fast rebounding oil stocks.  The levered ones do have big capital gain potential–but only if oil has a much bigger move than US$60.  And few oil-watchers–including me–see that happening soon enough for these stocks.

EDITORS NOTE–Here’s a junior with leverage in a good way–very few shares outstanding.  They have almost no debt.  And it’s one of the few energy stocks where cash flow is SOARING.  There’s a Big Catalyst coming on November 12.  Get the story and the stock HERE. 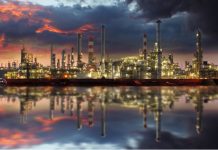 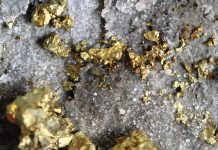 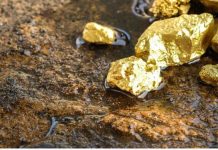