US energy stocks outperformed Canadian ones last year—but in the last few months, E&P equities in the Great White North have soared. Why? The low Canadian dollar has a lot to do with it, adding an extra 6-10% to the Canadian oil price—which of course is ALL profit.

The second reason is the natural gas prices have rocketed up, thanks to repeated cycles of the Polar Vortex. Canada is a gassy basin, despite all the tight oil finds of the last five years. And lastly, the continued growth of the oilsands—along with the potential of LNG exports off Canada’s west coast—have kept a bid under the services sector.

I talked with Chris Theal, CEO of Calgary’s Kootenay Energy Fund—as I do every quarter—to help me get a handle on the future of Canadian oil, natural gas and energy services. He has a one year return of 19.6%, and was up almost 7% in February alone.

Keith: What are you seeing in the services sector right now?

Chris: We’re seeing massive out-performance. The services sub-index finished January on a low because everyone was talking down numbers on almost all the stocks. So I think it sort of reset expectations coming into the quarter this year and now they’re journaling out a real strong lift and utilization and all adds up.

I think we’re going to come out of winter drilling with a backlog of completions which is good for pumping and good for coil tubing. But you need to start seeing these guys pass through price increases–variable costs like fuel, sand, land transportation which is the biggest part of sand and those are the things that I think you need to start seeing to buy into the pumping thesis.

The Montney and Duvernay are the two most pumping intensive plays in the western Canadian basin and activity is really picking up in both. When we start to see built-for-purpose rigs delivered into Horn River (in northern B.C.) for Chevron Apache—the fracking market is going to go real tight. The bottom line is that we think pricing power is coming in the second half.

Keith: How is the higher commodity pricing in Canada impacting your outlook?

Chris: When you look at strip pricing, you’re probably putting $8 billion more cash into the jeans of producers and they’ll spend that at a minimum. They’ve raised equity and those proceeds are for more rigs and more drilling.

Then you see Encana and CNQ (Canadian Natural Resources) carving out their own royalty companies. They are going to look to aggressively farm out land and get juniors drilling on it, so the dynamic for activity is really good in Western Canada. Combined with the strength in commodities, a weaker dollar and new equity, you’re going to see pricing strengthen.

Keith: You and I talked late last year about heavy oil—are you still keen on heavy oil?

Chris: I think the heavy oil commodity move is done. I think that what nobody is focusing on and something that is going to impact profitability is the natural gas price. They’ve enjoyed low priced gas for 5 years and the fuel cost for SAGD (Steam Assisted Gravity Drainage) and integrated mining are going to be quite substantial in Q1 and for all this year. So as much as we have the tail wind on differentials, there are other factors impacting profitability.

Keith: So you think natgas is going higher and staying higher?

Chris: I’m surprised the NYMEX forward curve–and I’m looking out 5 years on the curve–has dropped $2 in the last year. Where are the industrial consumers buying the hell out of 5 year gas? I don’t understand why the forward curve is so low.

In Eastern Canada, gas storage is going to be fully depleted by the end of March–none left, zero. This March is looking like it’s going to be colder than last year which was a high water mark in itself which will leave us with no gas in Eastern Canadian storage.

We’re going to be sucking gas like mad out East to get it back in storage for next winter.

Keith: Aren’t there new pipelines coming across from the Marcellus in Pennsylvania to Ontario?

Chris: They can’t be Ontario’s savior this year nor can they be the gas supply solution for US storage. They need to get more pipe to take gas out of the Marcellus, and infrastructure will be coming on in stages. So egress is now a governor on Marcellus output growth.

We think US storage is going to be 750 B’s (ed note—Billion Cubic Feet or bcf) to finish winter now. We think the market will need to loosen by 4 B’s a day just to get US storage back to full. Typically to loosen the market you’re going to need to add supply and we aren’t seeing movement in the gas rig count and we don’t think we’ll see it until $5/mcf. And even after that it’s probably 3 or 4 months before any pads start yielding new supply.

Or you have to kill demand and when you kill demand it’s actually pretty constructive for gas prices; it signals scarcity.

So you’re going to start seeing gas to coal switching. But you can even see that California’s in a 25 year record drought which means more gas consumption. So we like the gas story all year long. We are in a very tight market for gas in 2014.

I think what we see on the forward curve right now is the floor on gas. The hard part for storage is you have $4.61 an mcf (ed note—mcf=million cubic feet) on the front month and next winter its maybe $4.75 per mcf.

There is no contango to cover your storage carrying costs and so there is no incentive for merchants to inject cash into storage.

Keith: Interesting. Now, once the Polar Vortex is over by the end of April should we have a much better handle on how long-dated strip pricing will workit? Or is there no way to gauge the back end of the curve?

Chris: Well we’ll know better by the end of April, but one of the US brokerage firms put a research piece out recently suggesting that with all the Great Lakes frozen you’re seeing lower peak daily temperatures in the most populated part of the whole US.

It’s keeping temps lower because you’re not getting the lake effect of warmer lake water warming air around big cities and so they actually concluded that you can very well see pulls on gas storage in April with the Great Lake phenomenon.

Keith: So that’s a segue that you’re bullish on gas?

Chris: Big time. You got the gas story and you can lock in your gas at $4.25 through the rest of the summer season to November 1 in Canada. I think with the way the storage dynamic is shaping up, the gas market will be stronger in summer.

Keith: Okay. So you’re not quite as keen on heavy oil as you used to be and you’re much more keen on gas. The higher gas price is not reflected in the upcoming financials of these energy companies and it’s probably going to affect the big guys more than the little guys.

Chris: Yeah I guess on heavy oil it’s not much…I do think the commodity trade or thesis’s played itself out. We’re just not as bullish on crude. We like oil stocks but confine our exposure to where we see more catalysts.

Chris: There are a couple things. I guess the fiscal regime in BC is one. What we’re hearing is all the big players are going to have the full fiscal regime in hand by the end of the 2nd quarter. They’ll have a good grasp of what they’re looking at. And we’re hearing the royalty changes may come in the next month or two.

Royalties are the biggest sensitivity on the whole integrated projects. If they lighten up on the royalties all the way to the Alberta border it’s pretty lucrative to those gas producers in that wedge of northeast BC. You’re going to wake up one day with a new royalty framework and NPVs as well are going to go up 12 to 15%.

Chris: Yeah and it’s starting to get some headlines. There can be some risk for the Bakken players. To be honest, the half cycle cost of that oil is in low $80 range and if we start investing in gas conservation and fuel compression, etc. it makes it a high $80 proposition. So the US has energy independence, but it has a price.

Keith: Chris, that’s all the time we have today. Thank you for sharing your insights.

Investors can check out Chris’s energy focused funds at www.kootenaycapital.com. He has a monthly letter with his strategies on energy investing–to which investors can inquire through the website. 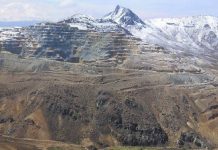