According to the Oil & Gas Journal, the Cut Bank, Montana-based company signed a letter of intent, which is reportedly binding, to aquire a 20 percent stake in more than 10,000 acres in both North Dakota and Montana.

Specifically, the agreement is for the oil and gas exploration company to gain the interest in 13,400 net acres (67,000 gross acres) in the Medicine Lake prospect, which is located in Divide County, North Dakota, and Richland, Roosevelt, and Sheridan counties, Montana, according to the news source.

The move increases Mountainview Energy's holding in the Williston basin to 25,400 net acres.

According to Bloomberg, Mountainview's stock hit a high in mid-March, trading for slightly more than $2.5 per share. Currently the price for the stock is about 60 cents, up from its 2011 low of 33 cents.

The company has an agreement with a large independent oil and gas company based in the U.S. to develop assets in both the Bakken and Three Forks formations through the use of horizontal drilling, according to the Oil & Gas Journal. 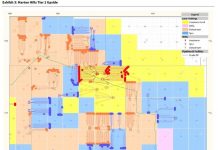