Home Natural Gas What’s a Frac – or WAF?
One of the two most important technologies in the development of the natural gas market in the last few years is “multi-stage fracing” (pronounced “fracking”), which is short for fracturing, as in fracturing the rock in which the oil and gas is held.  (The other technology is Liquid Natural Gas, or LNG).

Fracing is sending a specially designed fluid down the oil or gas well at high pressure and blowing it out into the reservoir rock to create cracks and channels through which the hydrocarbons can get to the well.

How big an impact has multi-stage fracing (MSF) had? Once the industry figured out how to frac the shale rock formations to get at all the natural gas they hold, it opened up huge new reservoirs across North America, and is the leading reason on the supply side as to why the price of natural gas has plummeted.

It’s exciting for the industry and investors because improvements to MSF are still being made – the industry is continually getting more production, more fracs, or stages, per well. Initial fracing was done in 4 stages over 500 meters.  Now you can see 16 stages over a 1600 metre horizontal length.  (One active fracing company said this week that the average Montney well has 7-12 fracs).

The industry hasn’t hit the end of what MSF can do; innovation is still happening.   And they’re fracing tighter and narrower reservoirs or payzones.  One of the largest oil discoveries in North America is the Bakken play, which straddles the Dakotas and  Saskatchewan (the US Geological Society estimates over billion barrels are there)  – but the zone can often be as narrow as 3 metres, or 9.5 feet.

And a properly frac’d horizontal well greatly improves economics. A frac can create kilometers of contact area for the oil or gas to flow into the well. Even though it costs twice as much as a vertical well, production can increase 400-700% and give payback to the operator in only a few months.

But a picture says 1000 words.  To really understand visually what multi stage fracing is, see this video:

When I’m doing my research for the stocks in my portfolio, one of my key questions for any management team is – how large an undeveloped land package do you have in oil or gas formations that would use MSF?

It’s also why, at any given time, the many oil and gas analysts and fund managers across North America, are  studying how successfully energy producers are using MSF.  Most analysts rate companies that use MSF as their top stock picks.

They are writing entire research reports on the topic. Whenever an oil/gas producer reports their quarterlies, analysts ask how many horizontal wells, how many fracs, or stages, per well.

Fracing is so specialized there are entire public companies dedicated to just that, such as Calfrac Well Services (CFW-TSX; $10.93), Canyon Services Group (FRC-TSX; $2.30) and Trican Well Services (TCW-TSX; $9).

This brief article is meant to give retail investors just a quick look into a technology that is changing the industry and stock valuations.

“The changes in fracing in the last four years is mind boggling,” one industry executive told me. It used to be two to four trucks and a water tank, on one acre.  Now it’s at least 10 trucks, multiple tanks holding various fluids, all on about 8 eight acres. 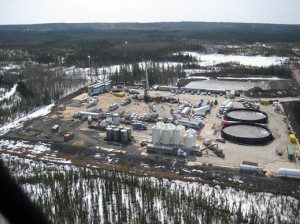 While completing the frac itself is now done in a single day, he says… “The logistics and planning a frac job are now unbelievable.  It’s now a two month job, getting the water setup, sand and equipment into location and recycling all the water.”

“And the geology of the rock now being drilled has changed.  It used to be high porosity and permeability. Not anymore.”

Porosity is the volume of spaces within rock that might contain oil and gas.  Permeability is how easily the oil or gas can flow through the rock.

For permeability, think of it this way – when a wave washes over beach sand the water flows through the sand this is – highly permeable. Most of the “easy” oil and gas has come from rocks like that; it’s the low hanging fruit.  And in North America anyway, almost all of that is gone.

Now think of a solid granite countertop.  That is not so permeable.  That rock is “tight”, hence the name “tight gas”.  The big exciting shale gas plays that have huge reserves and produce big boomer wells come from this type of tight rock.

The permeability of the shale gas host rock is 1/1000ths or less of what the type of reservoirs that were drilled only a decade ago. There are a few new reservoirs being found in the world with porosities of 30%.  But all the new shale gas is in the order of 1%.

The key to getting that oil and gas out is knowing how to frac it. Fracing is an art as much as a science. Now if you if you drop a granite countertop, it shatters into 1000 pieces.  If you could put every piece back together, you could still see the cracks around each piece.  Those cracks are where the oil & gas would flow.

This is what fracing is doing the shale. It is exploiting natural cracks that exist in the rocks by reopening them and allowing flow.

One of the big differences in fracing from years ago is the fluids.  A “cube” is 1000 litres of fluid which is pumped over time, and fracing companies used to send 2.5 cubes per minute of highly viscous (gooey, Jello like) fluid down a normal vertical well bore.

Now the rate they send fluid down a hole is more than 5x that, at 16 cubes.  Companies have to be careful not to interfere the surrounding layers of rock (formations), which may have different characteristics than the reservoir they were drilling for.  Say, for example, the neighboring formation had a lot of water in it.  If the frac is not controlled (too strong) it can break into the adjacent zone and all that formation water could flow into the well and ruin it.

The water used for the new tight gas is not viscous – it is treated to be slippery-slick so it can be pumped so quickly. The slick water is brought back up to surface after the frac and recycled.

The geology or size and type of the formation are key in determining how long a horizontal well will get and how many fracs, or stages, along the length of the horizontal well.  The initial wells into a new formation, such as the ones that were drilled into the Haynesville Shale in Louisiana or the Horn River  shale in Canada – can be expensive; over $10 million each.

The design is tweaked and the treatments altered to get the maximum amount of contact area in the rock for the oil & gas to flow out. As companies gain experience and build a database of knowledge, costs come down quickly.

Different fracing techniques do come out into the public domain, but slowly.  If a company can figure out how to correctly frac a big play, it has a huge competitive advantage.

So what can investors take away from all this detail?

MSF has opened up huge new reservoirs of gas in North America.  And it really hasn’t even been used that much outside of North America – so it has potential to create many trillion cubic feet of more economic gas around the globe.

The much larger wells that MSF creates is lowering the cost of production. And MSF is still improving – management teams are still getting more and more production out of tighter and narrower formations.

When investing in an oil and gas producer, ask them how much they use MSF, because the economics of these wells, when they hit, are much better than conventional vertical wells.  Producers who are drilling formations that can’t use MSF will most likely be high cost producers in the future. 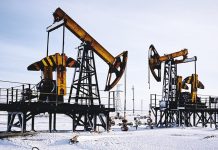 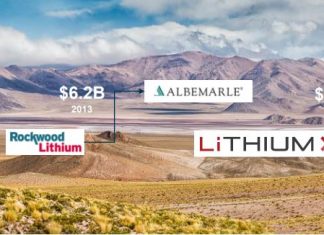