Home Latest Reports This Discovery Hole Could Be Worth Billions. 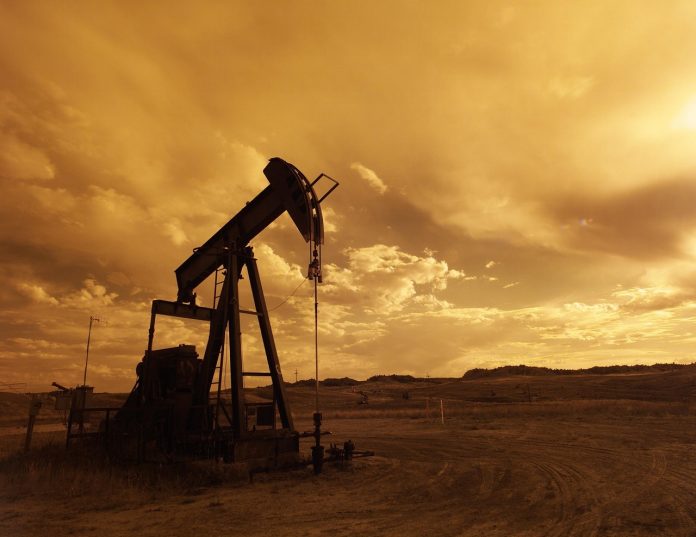 There is not a single doubt in my mind.

Reconnaissance Energy Africa (RECO:TSX.V/LGDOF-PINK) is the single most exciting oil stock to watch in 2020.

This 60 cent stock is drilling a well that could create more than 100x times its value—yes, in just one hole.

Do you remember where you were when the first Permian well hit big? Or when the first Bakken well was successful? For Canadians it was the Leduc#1 well in 1947.

These wells discovered entire basins that discovered hundreds of billions in value for shareholders and created tens of thousands of jobs—high paying jobs that last for decades—in nearby communities.

ReconEnergy is drilling that kind of well. The geological data is compelling. A nearby well has hit shale. They have put together a Tier 1 team of geologic and market professionals—who have built and sold international juniors before (that is SO important!).

And when you combine their technical and market teams with the geological data, and then throw in the movie-worthy detective-work of how they acquired the entire basin—well, it made me run out and buy stock.  Because history says if one hole in a blanket shale has oil, it almost always means the entire play–in this case 6.3 million acres–has oil.

ReconEnergy has secured the entire Kavango Basin in northeast Namibia—a sparsely-populated country that was colonized by the Germans. It’s as deep as the Permian.  It’s as wide as the Eagle Ford. It could be worth A LOT of money.

Should ReconEnergy prove up what high quality data is telling this high quality team—about 12 billion barrels of OOIP (Original Oil in Place) could be present–then this stock is the Play of the Year.

One well–to be spud in July–could transform this $38 million market cap oil company into one worth billions for shareholders, and a multiple of that to industry and communities.

And I think the likelihood of it working out is VERY high for this kind of play. Here’s how this massive play came about:

Energy entrepreneur Craig Steinke had just finished selling Realm Energy at $1.30/share. Realm was a Polish shale play, and he monetized it for shareholders quickly—it was a fast 500% win for the original shareholder group, and more than a triple for retail shareholders.

Fresh off an international shale win, he bought a new global shale study by IHS Markit—Steinke says he was quite probably the first or second customer for this comprehensive document.

He had a list of 20 criteria he wanted to see in a new play—some above ground, some under-ground.

The Namibian data was just interesting enough for him to fly over there and start developing relationships with the government.

He was looking for oil, but he found a gold mine of data.

The Namibians had recently paid for an airborne magnetic survey over a massive amount of land.

To be clear, a magnetic survey is a low cost way to cover a wide territory and help identify magnetic anomalies that suggest the presence of hydrocarbons.

The Namibian Government had—up until that point—not done anything with it.

And with no wells ever having been drilled in the area, nor any seismic data ever recorded—nobody came asking about it.

Data is the source of leads for oil and gas explorers, so no data… no interest. It was an undiscovered gold mine of data.

Steinke has a GREAT network of international oil and gas professionals—and he turned it over to one of the world’s finest magnetic survey reading consulting experts, Bill Cathey of Earthfield Technologies.

Over 35 years at Earthfield, Cathey has consulted for every oil and gas major and large independent in the business. He has studied data from every major oil and gas basin in the world—from massive sub-salt discoveries in Brazil to huge onshore oil reservoirs in the Middle East he has helped producers find big oil prizes.

What Cathey saw in the Namibian magnetic data shocked everyone involved.

In a phone call with me recently, Cathey was clearly excited about what the potential for a Big Discovery at Kavango:

“We took a look at the magnetic data and it’s some of the best that we’ve ever seen. We knew we could do a great job of interpreting how deep the sedimentary basin there would be.

“The first thing that really started jumping out was that you have a sedimentary package that could be up to 30,000 feet thick in that area. It’s flooded with all kinds of sedimentation, including a lot of marine shales, like at the Permian Age Karoo formation.

“It is a very deep basin, and it had never been drilled. Then we saw there is a well that’s a few kilometers to the east, that had actually encountered those Karoo shales, and they were just shallow.

“They seemed to be projecting right into the ReconEnergy acreage… and nowhere in the world is there a sedimentary basin this deep that does not produce hydrocarbons….”

I want you to re-read the last two paragraphs.  First, Cathey says there IS a well that hit oil shale, only a few kilometres/miles away. There IS shale oil in this area.

Then he says this type of basin has ALWAYS produced hydrocarbons.

Now folks, that is not a guarantee of success, BUT—having a proven well, and having one of the top geophysicists in the world say that—is incredibly important. The main comparables for sedimentary basins with this depth and thickness are the Gulf of Mexico, the Delaware Basin in the Permian, the big sedimentary basins of the Middle East and Russia—the biggest plays in the world.

This is a very deep hole—which is exactly what you need to have for a huge hydrocarbon prize. Needless to say that Cathey’s interpretation of the magnetic data was jaw-dropping.

Information Is Power – And Nobody Else Had This Information

There is a reason that insider trading is illegal in the stock market. It is because it gives whoever has it an unfair advantage. Left unchecked, those with information can easily use it to become filthy rich.

By acquiring the Namibian Government’s magnetic data and having a world class expert examine it the ReconEnergy suddenly found themselves possessing the ultimate inside (and perfectly legal) information….

They were the only people aware that the Kavango Basin could be worth tens of billions of dollars.

With this information advantage the ReconEnergy team struck what could turn out to be the deal of the decade in the oil and gas business. They locked down the rights to the ENTIRE BASIN — 6.3 MILLION ACRES!!!

This was not a bidding war; there was no competition for this land. Nobody else knew!!! Isn’t that crazy?

Some perspective on this is required. 6.3 million acres is virtually identical in size to the entire Eagle Ford in Texas. The Eagle Ford being an oil play that is responsible for tens of billions of dollars of stock market capitalization.

The Kavango Basin could also be worth tens of billions of dollars and the entire thing is held by one tiny company with a market cap of $38 million.

After locking down the asset, the next step was to bring in a top reservoir engineering firm to give their assessment. That was done by Sproule which assessed the potential of Kavango as being a whopping 12 billion barrels of oil and 119 trillion cubic feet of natural gas—actually considerably larger than the latest estimates for the entire Eagle Ford. (Natgas is actually worth something in Africa!)

For a company of this size to hold all of basin this big isn’t unusual—it is unheard of.

I Will Be Checking
My News Flow Every Morning In 2020….

Steinke has not only assembled an entire world class project, he has put a team in place to match.

Bill Cathey—that world class magnetic data expert–didn’t just provide the consulting advice for the company. He liked what he saw so much that he came onboard as part of the team. What better verification of how big this opportunity is than that?

Also part of the core group is Daniel Jarvie, a name anyone who follows oil and gas will recognize. Jarvie was a key member of Mitchell Energy—the company that cracked the Barnett shale and for which the world can thank for the entire shale revolution.

Jarvie was also head technical man for the $50 billion market cap EOG Resources (EOG-NYSE). The quality of this opportunity speaks to the people that are attracted to it. It’s a world-class team on a world class play.  It’s rare you get to be part of the discovery team for an entire basin.

This drill program is happening FAST. The first well should be spud in July. Then there will be two more immediately to follow. Interested investors need to place their bets before news from the first well comes out.  I expect a speculative premium to start building on the stock, which is why I wanted to alert you to it NOW.

The wells are not expensive; roughly one-third the cost of a Permian well. And since they are targeting a “blanket-shale”, if they hit—there’s an excellent chance that the whole 6.3 million acres is good for the same. The basin is loaded with both shale and conventional opportunities.

The numbers here are mind-boggling. At the current share price investors pay $5 per acre for what ReconAfrica holds, meanwhile acreage in proven plays of this kind go for $20,000 per acre plus.

What it all boils down to is this…

2020 for this company is all about drilling 1 hole—with potential to create tens of billions of dollars of value. This isn’t a double or triple of it works—he upside here is unlike anything that I have ever come across in mining or oil and gas and investors get it all for a 60 cent stock.

What I can’t get out of my head is that this is a 30,000 foot thick hydrocarbon formation—and Bill Cathey says every single play he’s ever seen like this HAS hydrocarbons. ALL of them.  It’s as thick as the Permian.  It’s as wide as the Eagle Ford.

Of course there’s risk. That’s why the stock is 60 cents. But junior investors like me wait our whole lives for this kind of play—a great team with great geology and they got their first.  It’s a retirement stock; a yacht stock—if they hit.

We don’t have to look far to see how one well can create massive wealth overnight. Apache’s (APA-NYSE) entire market cap just went up $5 billion on a discovery that won’t be close to being as large as the upside that this one has.

Keith Schaefer is not registered with the United States Securities and
Exchange Commission (the “SEC”): as a “broker-dealer” under the Exchange Act,
as an “investment adviser” under the Investment Advisers Act of 1940, or in any
other capacity.  He is also not registered with any state securities
commission or authority as a broker-dealer or investment advisor or in any
other capacity.