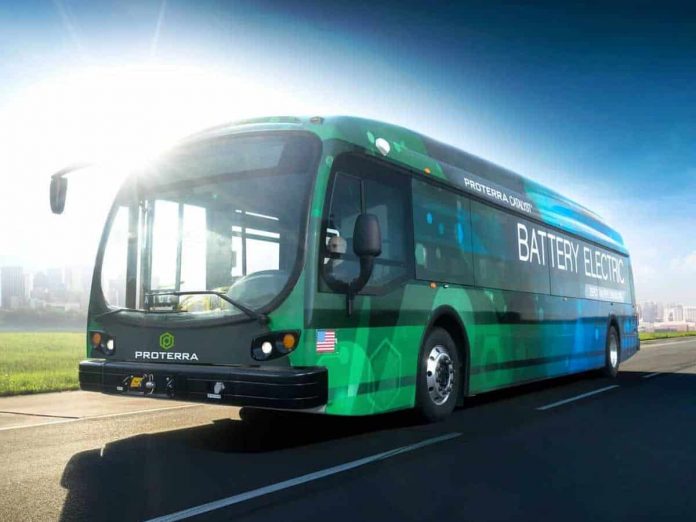 The Market is screaming that oil and gas are on a slow train out, and renewable energy is its way in.

That mmmaaayyyy be true, but I don’t really care. I get paid to make money for my subscribers, not be a macro-economist.

I have been trying to pick my spots in the renewables boom. But it is a mine field, littered with companies with no revenue and few prospects. These are momentum stories – slideshow companies that you can win with but do not want to buy and hold.

I am looking for a real deal. One that I think investors just missed out on is electric bus manufacturer Proterra. After a recent $200 million funding deal, I don’t think it will go with the several SPACs in the US that were courting it. It would have made a GREAT public play.

But there is another great public play in the EV bus space that I think is about to embark on a huge growth curve. They’ve been in business for years, and two new bus designs–one of them EV powered–is creating a lot of excitement in that sector. I’m expecting large new orders starting in Q1 21.

Proterra was the most recent EV-belle-of-the-ball with the SPAC crowd. With more than 120 customers in North America, Proterra has sold and delivered more battery-electric buses than any other manufacturer.

Their flagship product, the ZX series, is on its fifth generation. The ZX5 bus boasts faster acceleration than other E-buses and more than 300 miles per charge.

Proterra is a private company. That means I can’t invest in them… yet. In July Reuters reported that Proterra was considering going public via a merger with a blank-check company – i.e. a SPAC. The story said Proterra had discussed possible deals with “several SPACs”.

This would not be surprising. SPAC’s have become a common way for EV companies to go public. But many (cough – Nikola – cough) have turned out to be smoke and mirrors.

Proterra is not in that category–it’s a real business. Forbes estimated that Proterra had revenue of $200 million in 2019.

Proterra has made inroads into Canada. Toronto, Ottawa and Edmonton have all purchased buses from Proterra. Toronto was the first Canadian city, putting 25 Proterra buses on the road last year. Edmonton announced a 40 bus EV fleet deployment in July.

Note the picture above is for LARGE buses.  My small cap EV bus stock makes smaller EV buses, which will be in much greater demand post-COVID as ridership has fallen so much.

In the $200 million funding this week, Proterra was valued at $1 billion. I think this funding takes the SPAC route off the table for Proterra for now, and they will almost certainly stay private. But if all that Big Money is so keen on the sector, I think they’ll be impressed with my small cap EV bus stock. Like Proterra, it has revenue and EBITDA and a big growth path right in front of it.

Proterra is in the right market at the right time. Going the electric with buses makes a lot of sense. Routes of a fixed length. Overnight charging.

Yet electric buses have so far only scraped the surface of their market potential.

China is a leader, with a fleet of over 400,000. But in the United States, that number pales – only about 600 electric buses are in operation.

Electric buses make up only 0.1% of the public transportation fleet in the U.S.

This is a big, untapped market for electric bus manufacturers.

I like the space so much that I put a new player in the space in our InvestingWhisperer portfolio just last week. This company has revenue and EBITDA–it’s not a dream. (This company is NOT Greenpower, GPV-TSXv, which soared from $2-$30 in months this year. But I sure think it has the potential trade like GPV!)

I expect a very steady stream of positive news flow for my EV bus company. They have a great shot at $60 million revenue this year, and I’m expecting 50% growth next year with a HUGE jump in EBITDA along with that.

This sector is red hot. This stock has not run up big yet. Fundamentals are improving rapidly. Get the name and symbol of this company–along with my full report…