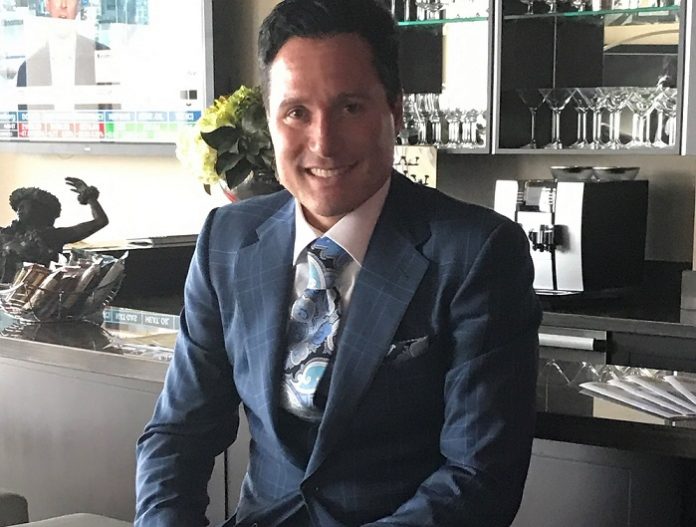 This is the second in my two-part series on Apollo Healthcare and Beauty (AHC – TSX).

In part I, I stepped through the Acasta disaster that made Apollo a public company, how the failure of Acasta left Apollo for dead, and how the COVID bump resurrected the stock, making it a 10-bagger so far this year.

In Part II here I will give you the perspective of co-CEO Charles Wachsberg, who I interviewed last week.

Wachsberg helped fill in the holes: why Apollo went public, how Acasta fizzled out, how he and his brother Richard managed to clean up the mess, and why the future is looking very bright.

Wachsberg is, if nothing else, a survivor.

After Apollo went public the Wachsberg brothers were left holding a very bad hand.   But they persevered.

Recently, their COVID products have taken sales through the roof.  Apollo sells personal care products and hand sanitizer and soap—which have been flying off the shelves.

This was all very quiet—no promotional press releases—until the Q2 financials were released—showing $28.4 million in EBITDA. (The previous quarter was $5 M and it had been negative EBITDA for a few quarters before that)

The dormant stock took off—straight up that day from the 65 cent prior close to over $2!

Then no more news until Q3 came out 3 months later—this time with over $30 million EBITDA!  And they said they were debt free!

The stock has been on fire – up 10x since the spring.  The company is generating gobs of free cash.

Yes, it is a COVID bump.  But this was a $40 million EBITDA business before before the company was saddled with the public market legacy of Acasta and debt (all of that well pre-COVID)

This is one of the two top private label personal care product manufacturers in North America.

This business is – for the first time in 4 years – in a position to grow.

The cards are in the Wachsbergs favor for the first time since being thrust into the public markets.

In an hour-long chat, Charles Wachsberg does not come across as a “market” guy (i.e. not a stock promoter).

This is a guy whose name and reputation are very important to him.  He and his brother are very involved in the Toronto business community as well.

In any normal circumstance, being private is exactly what would have happened.  The Wachsberg’s would have ran Apollo privately and efficiently out of the public eye and few of us would have ever known the name.

But that quiet, easy life was not in the cards.  Instead, the Wachsberg’s were dropped into the public markets in a painful trial by fire.

Apollo had little need for public markets.  The business was already generating cash – in the year prior to the acquisition EBITDA passed $40 million.  They operated from the position of the incumbent, as 1 of the 2 large private label manufacturers in North America.

It was a success story that had taken nearly 30 years for the Wachsberg’s to build.  They were in no hurry to sell their stake.

The brothers founded Apollo on a simple premise – to build a better private label manufacturing company, one that looked forward and innovated.  They set their sites on personal care products: soaps, shampoos, creams and body washes.

At the time, the private label business was built on a “reactive” model.  There was little innovation – private labels would enter new markets 1 to 2 years after a national brand.  Their niche would be a cheaper, but usually inferior, product.

The Wachsberg brothers decided to take a different approach – a page out of the playbook of David Nichols, the face of Loblaw’s (Weston family) President’s Choice (For our American readers, this is a very large national grocery chain in Canada—like Safeway where you are).  They looked to create a private label brand that was as good or better than the national brand.  A product the customer would prefer.  And they were HUGELY successful.

Apollo differentiated their products through proprietary bottle molds and standalone formulas.  Wachsberg said they would “vigorously challenge national brands for their chemistries” and looked not just to emulate the big brands but improve on them.

He added that Apollo also let the customer decide what they would produce.  Rather then “selling their SKU” – convincing the customer to buy the existing line, Apollo flipped that on its head – finding out what the customer wanted and making that happen.

The model turned out to be a resounding success.  North American  customers like Walmart, Costco, Loblaws and CVS relied (and still rely) on Apollo to create differentiated private label products.

Helping drive the business was Charles passion for it.  He talks about Apollo’s “product culture” and how Apollo is “painting a canvas” of products that is “unique to the needs and aspirations” of each customer, which he describes as “sacrosanct”.  For a time, Charles even wrote a blog dedicated to the private label product universe.

The brothers were left holding a bag they never filled.  Being the only ones left, they had no choice but to scramble to keep it together.

It was the same company they had always owned, but it was now burdened with $86 million of debt—and it was now a public company pariah.

Talking to Charles about this time period, what really came across was just how difficult it was on him both professionally and personally.

Seeing your business crippled is hard enough.  But having your name and reputation dragged through the mud, for something you had no part in, only adds insult to the injury.

The next two years were spent cleaning up the balance sheet, running the business on a shoestring, and trying to scrape their way back to even.   Charles describes the time as being “effectively janitors”.

Thirty million dollars of commercial bank debt was refinanced.  Another $30 million came from the brothers themselves.

The latter was out of necessity.  When no one would lend money to Apollo the Wachsbergs took the unusual step of doing it themselves, to keep the business afloat.

Through it all the Wachsbergs operated the business as they had always done.   Customers first, innovating new products, keeping costs down.  Even amid all the chaos, Apollo has consistently been on the Canadian Business list of Best Managed Companies for 17 years running.

From Adversity to Opportunity

The feeling of satisfaction began to creep back into the business this year, even before the pandemic.  COVID has not transformed the business, only accelerated that transformation.

With the company’s debt paid off and generating plenty of free cash, the opportunity for growth has re-appeared.

Front and center is the state-of-the-art manufacturing facility.  The Apollo facility is the largest industrial building constructed in Toronto this millennium.

The facility is the newest in their sector-class.  It has plenty of excess capacity.  Charles estimates that it is currently operating at only 45%-50% utilization.

The building, its people and Apollo’s supply chain present Apollo with a unique growth opportunity compared to peers.  Wachsberg says that the two biggest constraints on growth in this sector are infrastructure and supply chain.  Apollo has both, meaning they can grow “without any material investment in capex”.

Wachsberg was tight lipped about acquisitions but did not rule them out.  For the first time since becoming public, Apollo does have the currency of their stock for acquisitions.   That includes a wide range of possibilities, both upstream and downstream of the business.

New customers and market share grabs can be layered on.

Run the Business and the Rest Takes Care of Itself

Suffice to say that the public markets have not been an enjoyable experience for the Wachsbergs.  They aren’t the sort that revel in the spotlight.

It seems no coincidence that Apollo’s investor relations are as bare bones as I have seen.

Charles said that more time will be spent reaching out to investors.  A team has been hired to revamp the investor site.

But the focus will remain the business.

The Wachsberg’s remain the biggest shareholders of Apollo, making them the most invested – both in cash-dollars and emotionally – in seeing the turnaround continue.  Each brother owns 23% of the outstanding shares.

Even after the move this year the Wachsbergs have not recovered to their pre-deal high-water mark.  There is more work to be done.

Charles admits that the COVID bump will not last forever.  But he does not think that it will disappear entirely.

The last two quarters Apollo operated at a run rate of $120 million EBITDA.

If we see the trend continue until the fourth quarter of next year, Apollo will have not only paid off the debt but banked over $100 million in cash.

At that point, the business may moderate.  But remember, this was a $40 million EBITDA business in 2016 before it was acquired.

What will the annual EBITDA run rate post-COVID?  Your guess is as good as mine, but given the last two quarters, $80 million does not seem out of the question.

Consumer packaged goods companies all trade at multiples north of 10x EBITDA.  Most are in the 13-15x range—which would intimate an Enterprise Value (market cap + debt, but AHC has no debt!) of $1 billion+.

Apollo has 73 million shares out, so you can do your own math.

And I have not factored in how the Wachsbergs will continue to build the business.

I have to tell you folks, when I heard this story I wanted to ask Wachsberg for the movie rights—all for what happened in 2017-2018.

It has everything—high profile business and politicos at both the board and management level, a failed strategy and a slow moving train wreck that turned into a disaster—only to have the good guys roll up their sleeves and rescue it.

This is a good news story all around that came out of an embarrassing debacle.

Investors should also note there are also warrants—AHC.WT-TSX—that expire in January 2022 with a strike price of $12.00.