On December 13, 2018 Pioneer Resources (PXD:NYSE) announced a whopper of a share buyback program – $2 billion, up from the existing program that covered re-purchases of up to only $100 million.

I’m feeling feisty this Christmas. In fact I’m going to play a little bit of Devil’s Advocate and make a bit of a bold blanket statement….

I think oil producers repurchasing stock is a bad idea! 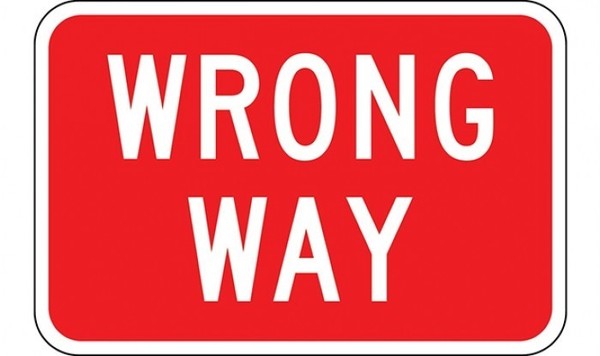 Before You Call Me Names – Hear Me Out

Don’t shoot before you hear the reasoning behind my message.

I understand perfectly well the value of share repurchases and how effective they can be – when done buying back shares that are trading for less than intrinsic value.

In fact I love the idea of a smart Board of Directors taking advantage of an opportunity presented by a depressed stock market use repurchases to “goose” earnings per share.

My suggestion is that for oil producers (or any commodity producer really) there is a smarter place to put excess cash than into share repurchases. That place is the balance sheet.

I suggest that these companies should keep reducing debt until they don’t have any. Seriously – none.

And after that I wouldn’t minds seeing them build a bit of a cash hoard.

These are the things I think (with a dose of Devil’s Advocate)… now let me tell you why.

This is a painfully cyclical business. It never fails to amaze me is how extreme the high and low points are… and how frequent.

But this (gut-wrenching) cyclicality is what creates such great opportunities.

For the producers however it must be a nightmare.

But that is exactly what happened and it happened without a recession!

That cyclicality isn’t going away and nobody knows where commodity prices are going. Recent history shows that prices can go to absurdly low levels. Companies can hedge their commodity price risk for a period of time, but they can’t hedge it forever. Plus that hedging is expensive.

The best way for companies to make sure that they always stay profitable is to have the lowest cost operations possible… and that includes interest expense.

Having as little debt as possible is a certain way to have an “all-in” operation cost per barrel advantage over the competition. Remember this is a commodity business… you can’t differentiate yourself on the quality of your product.

You have to gain your advantage by being a low cost producer.

When commodity prices dip to unfathomably low levels (which happens with surprising frequency) that cost advantage can mean the difference between life and death.

In better times less debt means that you still have a profitability advantage over your completion.

I love people but I’ve taught all of my kids that they don’t ever want to put themselves in a position where they need to rely on the kindness of strangers for their basic necessities of life.

At the core of what I teach my kids is to respect the dangers of debt.

When oil crashed in 2014 and stayed down (nobody saw that coming)… there was a long line of oil producers that were forced to rely on the consortium of banks that were on the other end of their credit lines.

With oil in the $30s/b there were only a few oil producers generating any positive cash flow from operations… they were incapable of making their debt and interest payments.

As long as you have debt, you aren’t necessarily in control. Especially when your cash flows are determined by the movements of a volatile commodity.

The more debt you have the more likely you are to eventually be begging for help.

The idea of share repurchases is to return capital to shareholders… to reward them.

Here is a thought though. How about doing everything possible to attract even more investors to want to own shares and eventually reward everyone with a higher share price?

There is no more sure fire way to make sure of a premium stock market valuation than having a best in class balance sheet.

You know the overleveraged zombie stocks of which I speak – whose shareholders suffer from a permanently discounted share price.

Reason #4 – That Premium Valuation Can Be A Weapon

That might seem counter-intuitive because I am very aware of value when I invest. What I have always appreciated is that having a stock with a premium valuation can be a powerful weapon in the public markets.

The entire idea behind share repurchases is to do something accretive for shareholders… by buying shares at a discount and increasing value per share for remaining shareholders (giving them a better piece of the pie).

An expensive stock can be used to do exactly the same thing. A company trading at a premium 9 times cash flow can issue shares at that valuation to purchase another company at 6 times cash flow… an immediately accretive transaction.

Do you know who had a heck of a good time during the Financial Crisis in 2008?

That smart old Warren Buffett who was sitting with a bucket load of cash ready to buy when almost everyone else was desperate to sell.

Not surprisingly by being the only buyer in this market allowed Buffett to make a bundle. Buffett made a bunch of investments at the darkest hour of 2008 as Lehman Brothers was collapsing. All of those investments worked out incredibly well… some spectacularly so.

Take for example the $5 billion in preferred shares of Bank of America that Buffett bought. Those preferreds paid a 6 percent annual dividend and came with warrant to purchase 700 million Bank of America (BAC:NYSE) shares at $7.14.

Buffett exercised those warrants in 2017 and now holds Bank of America shares worth $26 billion… with dividends included his profit is over $20 billion on a $5 billion investment.

Buffett made penny-stock-type-returns while investing in one of the biggest banks in the world.

At the bottom of every oil crash there are countless leveraged companies ready to be bought for pennies on the dollar… the alternative is bankruptcy.

All that is required is a Fort Knox balance sheet and then using it during low prices…like NOW.  The only problem is, most management teams don’t have PATIENCE.

Let Me Be Clear On What I’m Not Saying

As I noted at the start – I am playing a bit of Devil’s Advocate here.

Like with almost everything in life the best answer to this discussion likely lies somewhere in the middle… imagine if our politicians thought that way!

For me to say that oil producers should never repurchase shares would be going too far… there are obviously times that share repurchases make sense.

I think the difference for Parex is that we are debt free AND accumulating too much cash. Too much cash isn’t an efficient capital structure. Buying back shares still gives us future flexibility.

It is hard to argue with that logic.

For Parex, share buybacks make perfect sense. I would point out however that with the company sitting on $140 million in net cash and set to generate $300 million in free cash flow… Parex already has the Fort Knox balance sheet with which I’ve been suggesting oil producers should operate.

Which brings up another issue that Gluskin Sheff’s Leon Knight also mentioned to me on this subject… that we don’t need all of the cash that companies are putting into share repurchases instead being used to drive industry production growth even faster….

“This is the dilemma, if industry just piles all of the cash back into the ground, too much growth keeps prices depressed and returns are marginalized.

So in this environment, industry as a whole can either ramp up with a lower corporate margin – either lower cash margin from lower oil prices, or lower profit margin because of cost inflation) – or pull back on (capex)spend, increase your margin and return cash to shareholders (or pay down debt, or both).

If there is no real free cash flow generated within the business, this can be considered another avenue to destroy shareholder value (betting on commodity prices to increase asset value).”

A valid point to be sure, but again I wasn’t advocating plowing cash into the ground drilling wells instead of share repurchases… I was saying that priority number one should be creating a Rock of Gibraltar balance sheet.

Too few oil producers have that today.  Much improved from 2014 yes… but there is plenty of room to improve balance sheets in this industry.

While I wouldn’t say NEVER to share repurchases I also think that I’m making a very valid argument.

I would be willing to say that oil producers should only by utilizing the repurchase tool until they have built a balance sheet that positions them to enjoy, rather than fear the next great crash… which appears to already have arrived.

Next post: The 3 Factors That Will Decide the Oil Price in 2019

Previous post: All Hail The King of Free Cash Flow in the OilPatch!