The vast majority of the natural gas produced in Canada comes from the Western Canadian Sedimentary Basin (WCSB).  Here AECO is the primary benchmark for natural gas prices. 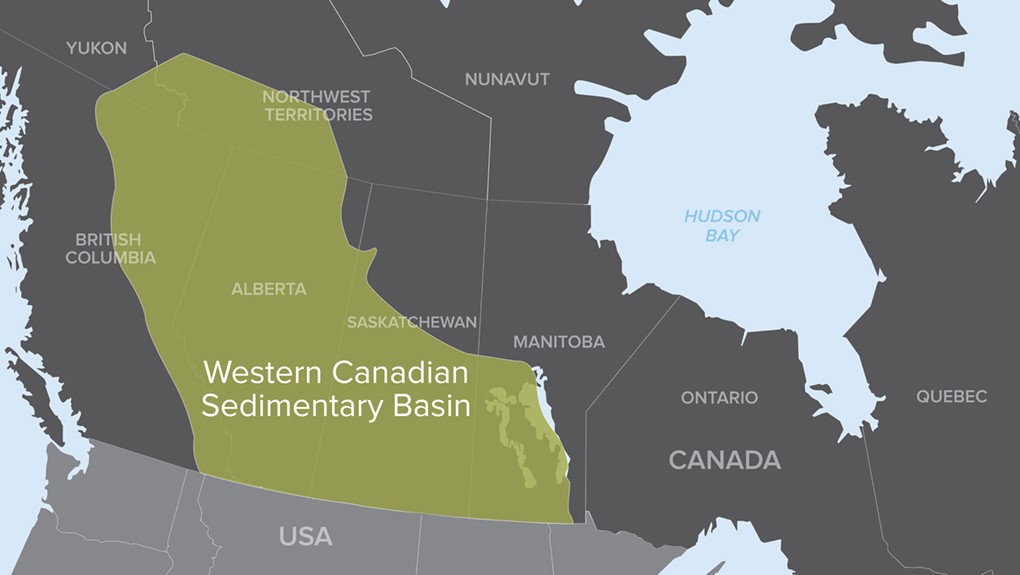 AECO stands for Alberta Energy Company, and is the Canadian benchmark price for natural gas. Consider it another “hub” like Henry Hub in the USA.

Investors are (somewhat rightly) scared that Canadian natgas will get boxed out of the North American market. As a minimum, WCSB producers will (again) suffer much lower prices than their American cousins.

And then over the last two years, Canada has botched its LNG opportunity.  It all makes for a black cloud over gas-weighted WCSB stocks.

Surprisingly, quite a few are breaking their downtrends right now and some lucky ones are actually above all their moving averages right now.

Here are three reasons why there is some merit behind that contrarian impulse you are feeling.

Like it or not, the reality is that momentum matters when it comes to share price performance.

We live in an age where the majority of buy and sell decisions are being made by computer algorithms and high frequency trading programs.  These robots do not for a second consider the fundamental business performance of a company.

They do however focus intently on momentum.

That is why beating analyst expectations is more important than ever.  Nothing sucks the life out of a stock like a big earnings miss. 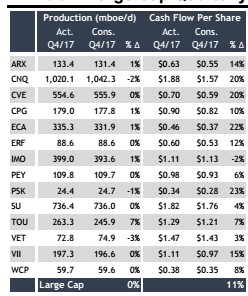 Those Q4 2017 cash flow results have even given many of these stocks the first signs of life that we have seen for months and months.  Even better news is that next quarter the group is likely to soundly beat analyst estimates again.

Despite the significant Q4 2017 cash flow outperformance analysts did not revise 2018 estimates higher at all.  No change on average across the group.

The lack of updated estimates probably shouldn’t be a surprise.  In a bear market –like what Canadian natural gas is in thanks to US production being up 10% year on year — analysts tend to err on the side of caution.

An analyst can’t be the lone bull voice in a bear market…..being wrong would result in a major loss of credibility with the Canadian buyside…..that would be career suicide.

The result is that at this point I believe that sets these stocks are set up to beat analyst estimates through the remainder of 2018 — or at least until those estimates are revised upwards (which would also be good for share prices).

You may have noticed that in the prior table analysts underestimated cash flows of the group by 11 percent, yet they got their production estimates bang on.

Seven Generations (VII: TSX) provides a perfect example.  In Q4 2015 Seven Gen’s realized natural gas price (see the table below) was approximately $2.75/mcf.  That was pretty much smack on the average AECO price for that quarter.

For analysts to estimate Seven Gen’s cash flows all they had to do was take the AECO price and multiply it by expected production levels. 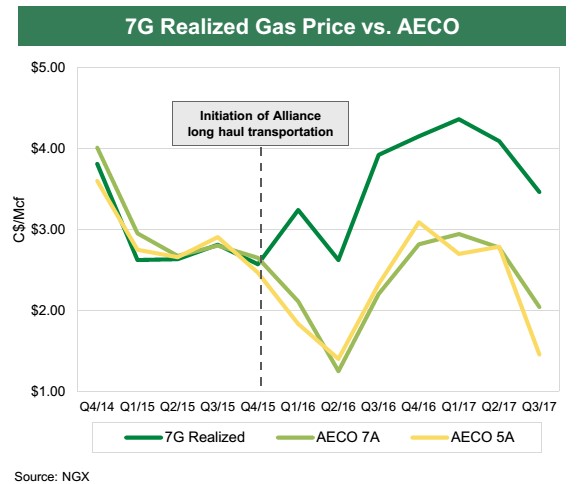 Now take a look at Q3 2017.  In Q3 2017 Seven Gen’s realized natural gas price wasn’t even close to matching AECO.  It was more than $1.50/mcf higher than AECO pricing — a huge percentage difference.

I spoke with one of my buyside contacts about why realized prices are drifting away from AECO and why analysts can’t figure it out:

“I don’t think analysts are purposely missing cash flow numbers.  I just think that analysts have not done a great job adjusting their models for changing liquids prices and different gas hubs.

It is becoming impossible to figure out some of these gas prices as producers have flexibility when to sell into certain hubs – so you are trying to estimate how much gas was sold into a hub and then compare that to quarterly price at that hub – another issue is companies will sell more gas on high days and less on low days making it hard to track.”

Tourmaline (TOU: TSX) provides another example of just how well companies have lessened their natural gas exposure to AECO.  Despite being a WCSB producer, in 2018 only 28% of Tourmaline’s natural gas production is going to be exposed to AECO prices. 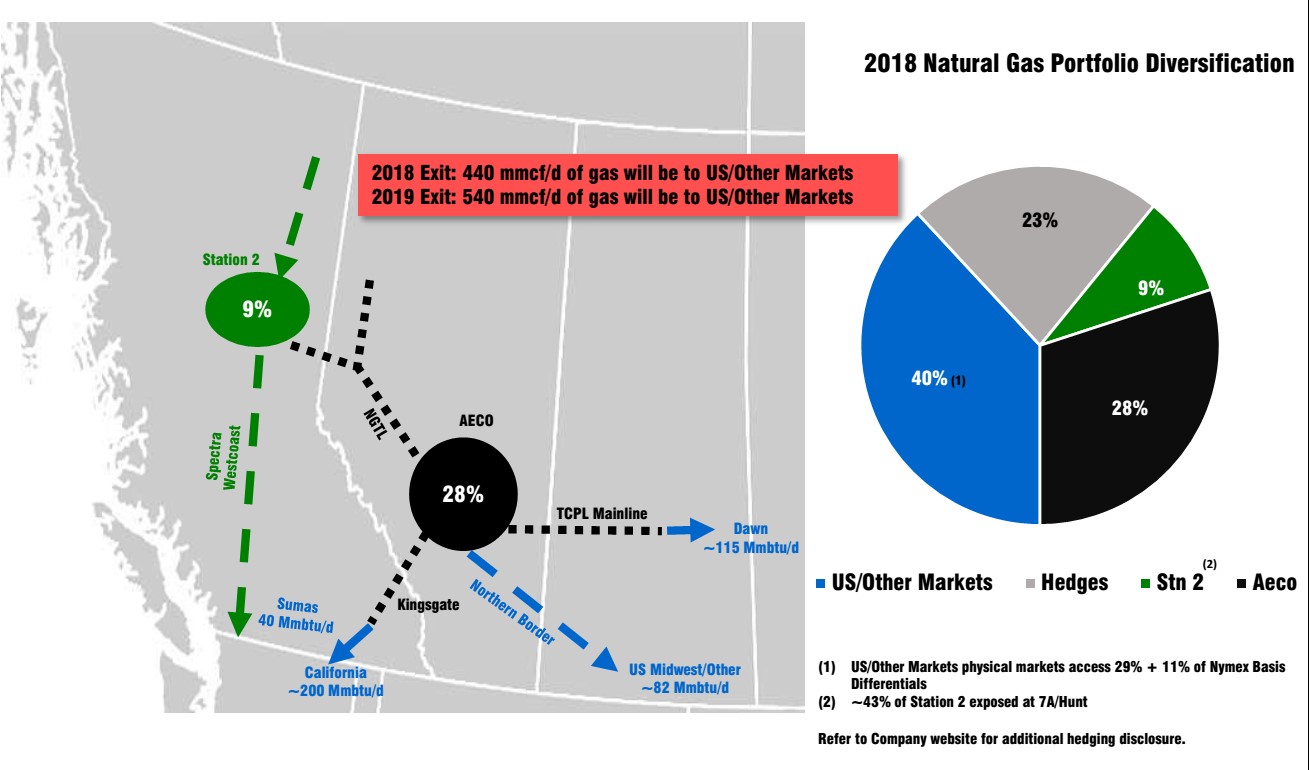 Inside of some of these large natural gas-weighted producers are some of the best liquids production growth stories in the business.

Condensate in particular which is currently selling for $85 per barrel in Canada is especially beneficial to cash flows.

Another one of my very smart buyside contacts told me that he thinks there is a “HUGE opportunity” in Canadian energy names today specifically because of their stealth liquids growth.  He also believes there is a “MASSIVE disconnect” on what is happening at the companies and in the market.

The “ALL CAPS” in both instances are his, not mine by the way.  He is pounding the table.

Perhaps Even A Looming Catalyst—LNG Is Back?

The short answer is that fear still wins the day for now, as nobody wants exposure to stocks that have exposure to AECO and everyone knows the WCSB is gassy.  The Q4 cash flow beats of analyst estimates helped a little but there still isn’t much interest.

That could change in a hurry.

Should Shell or Chevron announce positive FIDs—Final Investment Decisions—on their LNG projects, then Canadian natgas stocks will rock; probably some 30-50% from their lows.

But it may not even take that.  Reuters reported on March 5 that Tourmaline and Seven Gen may buy into Chevron’s project.  Tourmaline’s stock chart in particular is looking better.

Positive LNG news might not help cash flows for the next couple years (they take 4 years to build), but it will potentially generate some M&A activity and give Canadian natgas stocks an emotional—if only temporary—boost.

That would mean that now is the time for investors with a taste for being contrarian to move.