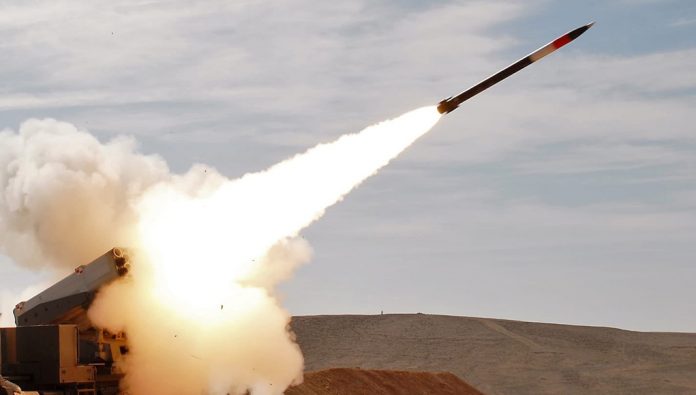 Even with WTI prices above $70 per barrel, and international Brent crude closer to $80… there really isn’t much geopolitical premium in the oil price yet.

And that’s scary (as in… scary bullish) because war in the Middle East has rarely looked more certain—in two places.

First off, oil prices are up on fundamentals—plain and simple.  You see, global inventory levels were plummeting before President Trump he would sanction Iranian oil. 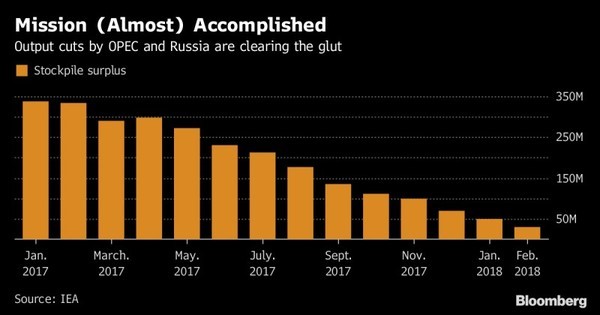 And those new sanctions put at least another half million barrels per day of production at risk; quite possibly much more.

But that doesn’t take into account the fact that missiles are flying dangerously close to large oil source.  There is a huge amount of additional production that is seriously at risk.

Within hours of President Trump’s sanction announcement….. for the first time ever Iran directly fired rockets at Israeli forces.  Doing so took the world to an entirely new place.

On Thursday May 10, the Iranians fired at least 20 rockets at known Israeli military positions located in the Golan Heights. 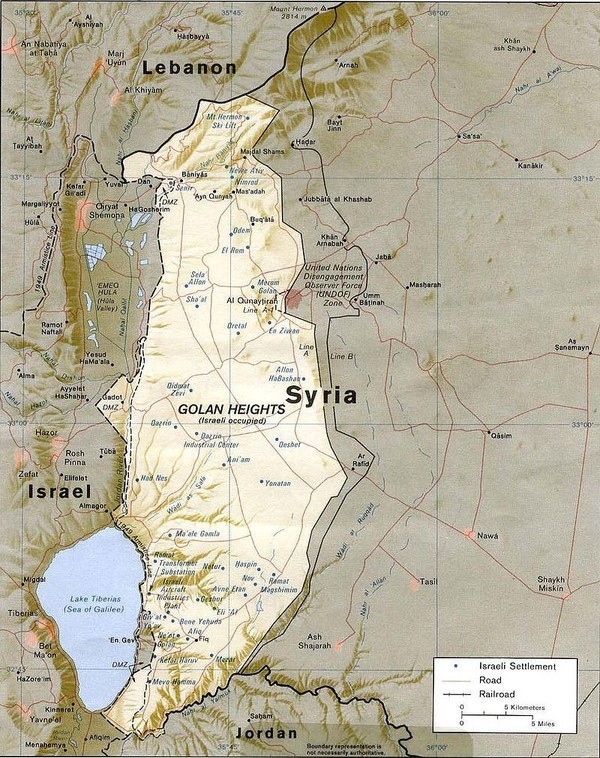 For years the conflict between Iran and Israel had been fought indirectly – through proxies, mainly the militant group Hezbollah.

Iran supplied Hezbollah with cash, training and weapons and Hezbollah more than happily engages with Israel — Hezbollah’s 1985 manifesto listed its main goal as..

“Israel’s final departure from Lebanon as a prelude to its final obliteration.”

Using a proxy is how you do it when you don’t want a full scale war on your hands.  Iran could always plead ignorance…. but no more.

Israel responded to the Iranian rockets by bombing every single known Iranian location in Syria.  At least 35 of them.

“We hit nearly all the Iranian infrastructure in Syria … They need to remember the saying that if it rains on us, it’ll storm on them.”

With Iran and Israeli openly shooting at each other, we could be days away from this spreading across Syria and Lebanon and engulfing the entire region.

Or it is entirely possible that the ultimate flash point could occur elsewhere, outside the Middle East.

That could involve Iranian factions attacking Israeli tourists abroad or Jewish organisations, perhaps in Latin America.  A successful terrorist attack of that nature would surely push these countries over the edge if they aren’t already.

The resulting conflict would match Israeli air power against the long-range missile forces of Iran and its Lebanese ally Hezbollah.  Israeli cities would be directly hit, as would strategic targets in Iran as a response.

Those strategic targets in Iran would undoubtedly include key oil infrastructure.  Currently Iran produces 3.8 million barrels of oil per day.  Trump’s sanctions could impact up to a million barrels per day —- an Israeli air campaign could shut down a lot more than that…….and do it much, much faster.

There is no existing spare production capacity that can make up for this kind of production going offline.  If this escalates to where Israel is targeting Iranian oil facilities $100 per barrel oil would just be the start.

The War Between Iran and Saudi Arabia Is Also Already On

While the ratcheted up conflict with Israel and new Trump sanctions puts Iranian oil production at risk…. Iran’s conflict with another Middle Eastern country is perhaps even more concerning.

To date the Iranian proxy battle with Saudi Arabia has not gotten nearly enough attention from the oil market.  This could be where an unprecedented oil price spike gets started.

It is now accepted as fact that Iran has supplied Houthi rebels located in Iran with long range Burkhan H2 Missiles.

Those Burkan H2 missiles are believed to have a range of 1,400 km.

The graphic below from Calgary-based Stream Asset Financial shows what those Burhan H2 Missiles can reach from Yemen…… which is BASICALLY EVERYTHING — including all of Saudi Arabia’s crucial pipelines, export terminals and refineries.

There is nothing that the Iranian-backed Houthi rebels would enjoy more than laying waste to targets that are key to Saudi Arabia’s 10 million plus barrels per day of oil production.

We know that the Houthi’s are firing missiles on a regular basis.  On May 9th explosions from at least two missiles were reported in the capital city of Saudi Arabia, Riyadh.

What we don’t know—because of the Saudi veil of secrecy—is exactly what those missiles have been hitting.

How long can it be until the Houthis are successful in hitting something that is of consequence?  Maybe they have already.

What More Could You Be Looking For In A Buy Signal?

I have not been bullish about oil since early 2014.

With plummeting global inventories, surging demand and sanctions re-imposed on Iran I can tell you that I am extremely bullish about oil today.

My bullish positioning does not count on any further supply disruptions resulting from Iran/Israel or Iran/Saudi conflicts.

I want peace to prevail everywhere.  But I think I’ve made it clear that the oil price is rising even without war in the Middle East.  Institutional money is still underweight energy; the Market has only believed in higher oil prices for the last month.

Now is the TABLE POUNDING time to buy oil stocks.  The stock charts are validating it.  All of the fundamentals are in our favor and investors are not even pricing in supply risks in the Middle East.

Let me introduce you to a company that has no hedges, and is getting full advantage of rising oil prices…in fact they are the only UNHEDGED producer I know of in the entire USA.

If you are interested in finding out about a company with the fattest margins in the oil industry, a pristine balance sheet, a big dividend and heavily invested management—with unhedged upside to the oil price—then you are in luck.

For a limited time you can just click here to read my full report… click HERE.
Keith Schaefer