Home Natural Gas Why Canada? Why LNG?—A Summary of a Presentation by LNG Canada

Canadian LNG–Liquefied Natural Gas–exports aren’t getting a lot of respect these days, partly due to low LNG prices, and partly because of the high profile environmental opposition to Petronas’ proposed terminal location at Lelu Island near Prince Rupert.

But behind the headlines, LNG Canada, a joint venture led by Shell Canada has been working quietly on their LNG project in Kitimat.  I invited David Stanford, Legal Director for LNG Canada, to update subscribers at my recent Vancouver conference.  He packed so much good information into his presentation that I thought I would summarize some of the highlights for you.

According to David, if the LNG Canada project goes ahead, it will take approximately five years to build, and if the upstream, pipeline and liquefaction plant are considered together, it will employ 16,000 people during construction. The safety record of the industry – more than 50 years with no accidents of any significance, and a product that evaporates rather than spills – makes LNG as a product more acceptable to most communities when compared to oil.

LNG is the cleanest burning fossil fuel and Canada has a plentiful supply of natural gas. Canada, a G7 country with rule of law, public land tenure, fiscal stability and a robust regulatory system are all things that are very attractive to investors. These are large projects that require tens of billions of dollars of upfront capital investment, so investors want certainty.

Canada is also even more attractive since the National Energy Board recently announced that legislation has been amended to extend export licenses from 25 years to up to 40 years, which significantly enhances the viability of projects in Canada.

Canada has its challenges as well. Taxes are higher, the distance between the upstream resource and the facility requires a 670km-long pipeline, and the pipeline needs to go across difficult terrain. There are also a variety of stakeholder interests at play. That said, LNG Canada has been able to address these challenges in a positive way. 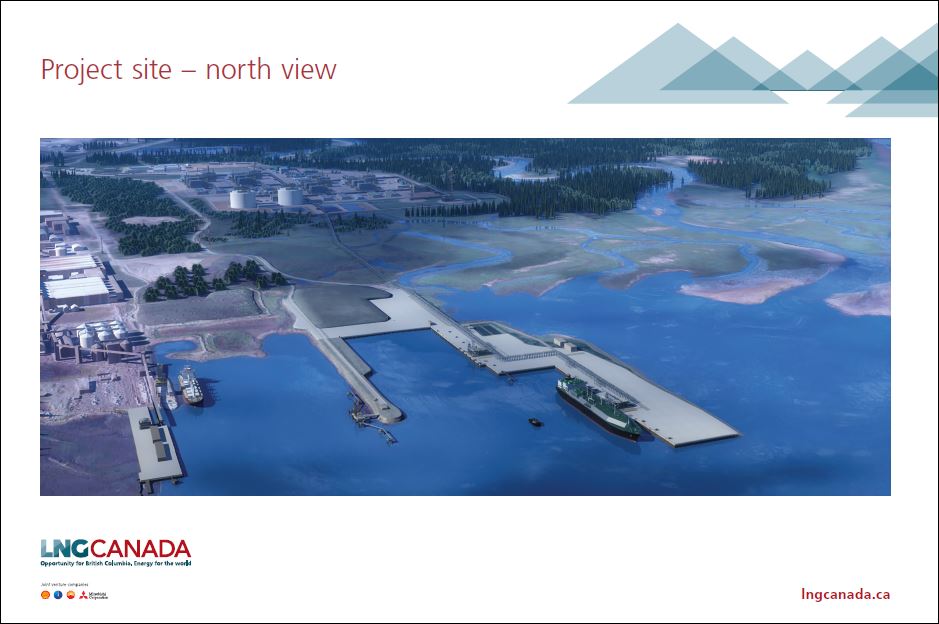 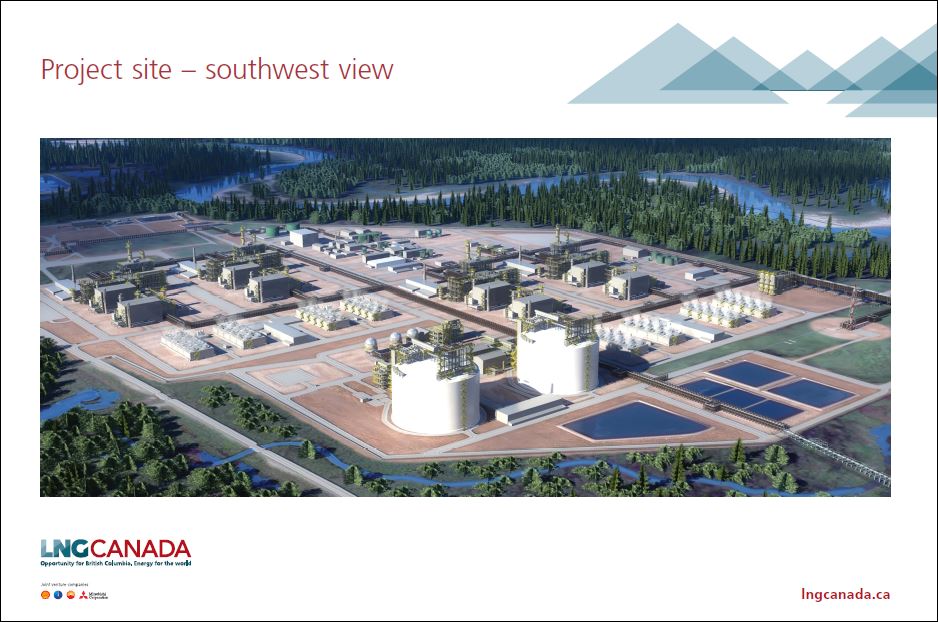 LNG Canada reviewed 570 sites up and down the coast before settling on the site in Kitimat. LNG Canada has also been able to negotiate Impact Benefits Agreements with First Nations within whose traditional territory the project is located or who are along the shipping route. And while the pipeline route is long, it is shorter than some of the other projects being proposed in British Columbia, and less technically challenging to construct.

The location of the site means shipping times to key overseas markets are reduced.  It has already been zoned for industrial use, and has an existing deep water wharf.  The site is mainly brown field, as green fields are more expensive and can be more controversial from a local stakeholder perspective.

Another advantage the project has is best-in-class technology and emissions. Twenty percent of its power needs will come from BC Hydro, which when combined with the use of LMS 100 turbines means that the plant will emit approximately 50 percent fewer greenhouse gas emissions than the average LNG plant currently in operations today.

There are also lots of good materials and videos on their website – lngcanada.ca if you want to know more.

My largest single investment I’ve ever made in the history of my OGIB service is a stock that doesn’t rely on the price of oil.  If anything, lower oil prices help it.  This company is also paying me an 8% yield with a rock solid balance sheet. Read my full report on the company before its next quarterly comes out–Follow this link right now for the full story.