Home Natural Gas The Only Bull Market in Gas I See

The 50% oil price drop is headline news.  In the media it has been called a plummet, free fall, dive and every other sensationalistic word for large decline you can think of.

It has been impressive, but for some even better fireworks you really need to look at stock prices of junior producers which are much more volatile than the price of oil.

While oil is having a 50% off sale many junior energy stocks are having 80% off sales or more.

Amidst the carnage are some very unusual valuations–the types of valuation you only see in an extremely panicked market.

Chew for a moment on these metrics that apply to one junior producer:

You know what else is good about this company? It’s stock chart: 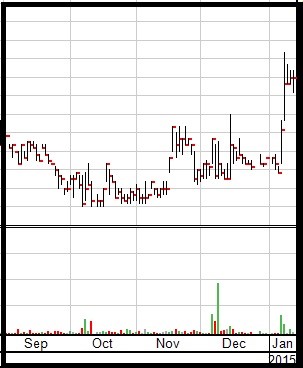 The drop (or free fall if you prefer) in oil prices has really laid a kicking on this sector.

But this company doesn’t even produce oil.  This company produces natural gas and sells it into a high price environment.

Normally when I see this kind of valuation (assuming I’ve seen something this cheap before) I’m inclined to run the other way.  When the market hates something this much it is generally for good reason.

But in a market panic like we have today in the Canadian junior energy space, there is a complete vacuum of buyers.  The result of that in some instances is virtually no connection between stock price and true company value.

This company trading at one time cash flow and a fraction of its reserve value is called Valeura Energy (TSX:VLE). The Pink sheet symbol is PWNRF. 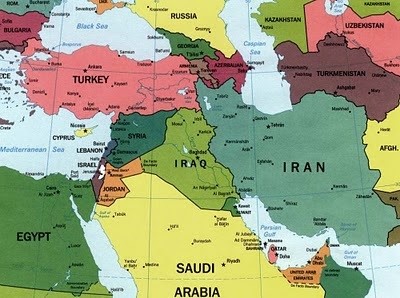 Source of image: Francona.blogspot.ca
On the political risk spectrum Turkey isn’t exactly ideal like North America, but it also isn’t a terrifying proposition for investors like Iraq or some African nations.

The neighborhood is a bit rough, but Turkey is stable.  In fact, Turkey is a walk in the park after you  hear the other success stories this management team has done.

Valeura’s President & CEO is Jim McFarland who started building a Libyan producer called Verenex Energy in 2004 at $2.50 per share and sold it to CNPC (China National Petroleum Corporation) in 2009 for $11 and a 37% annualized gain for shareholders.

The Libyan government eventually blocked that transaction and shareholders and forced a sale to the Libyan Investment Authority for $7.29 which was still a 22% annualized gain for shareholders.

Director Abby Badwi built and sold Rally Energy, with Egyptian assets.  Then Badwi went on to build up Bankers Petroleum (BNK-TSX) in Albania.  This group (both management and Board) has a pretty successful track record. 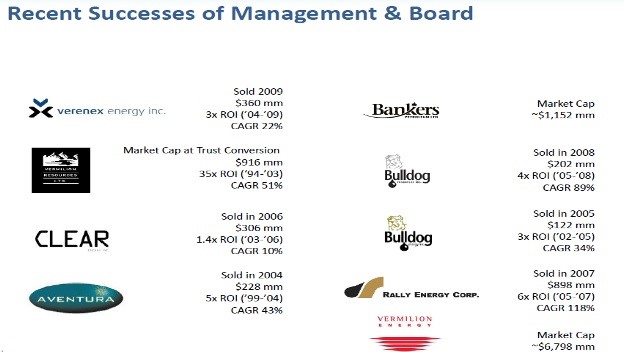 I’ve struggled for a long time to get bullish on North American natural gas.  There are seasonal trades to be had, but I believe a prolonged recovery could be difficult, given the huge drilling inventory of natural gas wells the industry is chomping at the bit to get after.

It is a nice problem to have unless you are a North American natural gas producer.

In Turkey however, natural gas is not an oversupplied commodity.  I’m sure you are aware of how reliant the continent of Europe is on Mr. Putin and Gazprom for its winter natural gas supply.

Effective October 1, 2014 the Government of Turkey announced a 9% increase in natural gas prices which means the price received by Valeura is expected to rise from $9.64/mcf to $10.25/mcf.

With a very reasonable 12.5% government royalty, operating netbacks for Valeura are $44 per boe. That will give this company better netbacks in Q4, 2014 than some pure North American light oil producers were getting with WTI at $90 per barrel.

Even with the recent share price increase on the back of successful drilling results Valeura is barely trading at over 1 times cash flow.

Over the longer term a potential catalyst to remedy this discounted valuation is possible in the form of a farm-out or joint venture on Valeura’s Banarli license.  Valeura believes that there could be a significant gas opportunity below 3,000 metres where abnormally high pressures are believed to exist.

The depth of this opportunity makes it too expensive for Valeura to chase on its own, and a transaction with a larger partner on Banarli might finally get the market to pay some attention to Valeura.

One Valeura insider, Scott Lamacraft who is CEO of Cormark Securities thinks Valeura’s share price is too good to resist.  In recent weeks he has increased his equity stake in the company from 6.85 million to 8.5 million shares so that he now owns roughly 15% of the company.

For 2015 Valeura is expecting to grow production by 10 to 15 percent with drilling funded by cash from operations and cash on the balance sheet.

With North American shale producers facing oil prices that make the prospect of drilling wells uneconomic, Valeura’s high netback natural gas opportunity in Turkey looks very appealing.  That is especially true when you consider that Valeura’s valuation is still less expensive than virtually anything you can find in North America.