A Pipeline Reversal in the North American Oil & Gas Markets

It’s hard to believe how North America’s oil and gas industry—a conservative bastion—has been turned upside down in such a short period of time. And it’s all because of the Shale Revolution.

Look at pipelines. They cost billions, take years to plan, get approvals, sign up committed customers with take-or-pay provisions etc.—and now some are being made redundant within a few years.

I think the BIGGEST change in pipelines is happening because the industry discovered a massive new shale gas deposit in the northeast US—the Marcellus Shale. 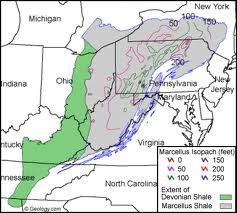 For decades, western North America has produced gas and shipped it to the populated east coast.

But now—they don’t need it. They have their own source.

They used to buy Canadian gas, and shipments from the U.S. Gulf Coast, and had LNG imports. However, the highly-populated northeast U.S. now has enough local production to keep the lights and heat on with no help.

Marcellus production clocked 9 billion cubic feet per day (bcf/d) in September, from under 2 bcf/d a couple years ago, and almost none in 2006. Today it is 22% of U.S. natural gas production—up from just 5% in 2011. That’s remarkable!

It also means less need for long-haul pipelines and more demand from localized systems. All told, new pipeline projects in the Northeast region are expected to add about 3.2 bcf/d capacity by December, taking Marcellus shale to mid-Atlantic markets, Canada and even Florida.

Only two years ago, Kinder Morgan (KMP-NYSE) finished spending over $4 billion building the 1.8 bcf/d Rockies Express (REX) pipeline to take more western gas from Colorado into Ohio. At the same time, Canadian production was dropping because of increased domestic demand and natural declines of aging fields.

The 2,700 kilometre line now is running far below capacity because of the unexpected explosion of Marcellus shale volumes reducing the call for western gas.

TransCanada Corp. (TRP-NYSE; TRP-TSX), which operates the largest natural gas pipeline in Canada, is already reversing its Niagara pipeline in southern Ontario as a result of the cheaper American shale gas coming onstream. The switch, expected to be active in November, will move about 0.4 bcf/d of U.S. gas north to Ontario, instead of flowing Western Canadian gas south to Pennsylvania.

That’s the east coast. In the west, two new natural gas pipelines in 2011 changed market conditions for both Canadian and U.S. producers. One was the Ruby pipeline, which flows “Rockies” gas west from Wyoming to Oregon and into California markets.

The second—Bison—also started in Wyoming, but flows gas east to the Midwest—a traditional market for Canadian natural gas.

Since its start up, Ruby has been moving about 1 bcf/d, and taking an average 700 million cubic feet per day in natural gas sales from Canada.

But demand for natural gas in California is flat because power demand growth is being met by renewables, said Ed Kallio with Ziff Energy in Calgary.

Canadian natural gas used to be cheaper and more desirable before Ruby, but now it has to be sold at a discount to Rockies gas, Kallio said.

“The Canadian gas is being pushed back into Western Canada and has to find other export routes since demand from the oil sands can only take so much,” he noted. “So producers have tapped into Alliance, and Northern Border pipelines to U.S. Midwest and eastern markets.”

Pipeline flows aren’t just being changed—so are the commodities that flow inside them!

The plan would also involve changing the commodity. Now it ships propane from Canada to the US. Soon it will flow to condensate from the U.S. to Canada—because Canada needs it to dilute the fast-growing heavy oil production out of the oilsands.

On the oil side, pipeline disruptions and reversals are also happening because of fast growing production in the huge new Bakken shale oil deposit in North Dakota, and in Alberta’s oilsands.

Enbridge Inc. and Enterprise Product s Partners’ changed their Seaway pipeline—which used to run south-to-north from Houston to Cushing Oklahoma—to north-south, to help respond to a price-crushing glut of crude at Cushing.

New production out of the Bakken and Alberta’s oil sands are now flooding Cushing, which had few pipelines going OUT.

That created another upside down event in the global energy patch:

“Because of the recent development of new oil supplies from the Bakken but also from Western Canada… there was a lot of new crude supply arriving in Cushing with essentially nowhere to go,” said Patricia Mohr, vice-president, economic and commodity specialist at the Bank of Nova Scotia.

And in an upcoming story, I’ll tell you why I think that discount is here to stay for a lot longer than the market expects.

But there are more oil pipeline reversals happening:

Further east, Enbridge will be reversing a portion of its 250, 000 bopd Line 9 from Sarnia, Ontario to Montreal, Quebec.

The plans will see a section between Sarnia and Westover, Ontario reversed to serve Imperial Oils’ Nanticoke refinery with Western Canadian crude, rather than pricier imports. Enbridge is considering a full reversal to Montreal in the future. 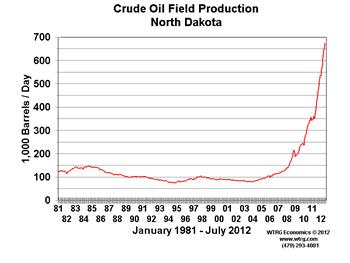 Are you dizzy yet?

And the change is still happening.

But I have to say I’m impressed with how fast the industry is adapting at almost every new turn of events. At the end of the day consumers and investors should have a more efficient energy grid and lower energy prices.

But right now, the pace of change makes it hard for investors to figure out medium to long term trends and consequences. New technology and new supply basins seem to be popping up across the continent, flipping pricing scenarios on their heads.