Interview was conducted on June 19th by the Butler Radio Show out of Atlanta. Full audio clip is here.

Interviewer 1: On the phone with us now is Keith Schaefer, publisher of Oil and Gas Investments Bulletin. For more information, www.oilandgas-investments.com. Keith, you called the rise in natural gas. Hats off to you.

Keith Schaefer: Oh, thank you. Everything was beaten down so badly there, you know, it was really looked like a rebound was due. The big key here was the power burn. You know the electricity industry has really picked up its use in switching from coal to gas, and that’s still the story of the day on gas here. It’s still a huge power demand by the electricity sector that’s really carrying gas prices today.

Interviewer 2: Well, Keith, yesterday natural gas was up 7.4%. Yesterday alone. What was the reason for the big jump?

Keith Schaefer: Heat, and lots of it. You’re seeing Chicago at 90 degrees today. You’re seeing Phoenix at 110. So those air conditioners, they got to start turning today.

Interviewer 1: Now, doesn’t natural gas historically trade lower in the summer and then start to climb back up in the fall?

Keith Schaefer: It depends on the season. Often times that’s true, but what’s happened lately, let’s say in the last decade, is you’re seeing the Aircon burn in the summer come close to rivaling the winter burn for heat. Really the weakest part of the year is really April, May, and September, October, what we call the shoulder seasons. So right now, we’re seeing a pretty big burn happen on the natural gas front because of all this heat. There’s also a big political pressure to move off of coal and on to natural gas. So you’re seeing with these really low prices – even though gas is up now to $2.75 per 1000 cubic feet, that’s up from a $1.75 to $2.00 only a month and a half ago – huge new demand out of the electricity sector that you just never saw in previous years.

Interviewer 1: Keith, I know I’ve asked you this before, but not everybody listens to us all day long. NatGas, UNG, is UNG a good vehicle to trade natural gas?

Keith Schaefer: No, I think it is, but the best way to trade is going to be from the short side come later this fall. You’re looking at a sector right now that has what’s called a huge contango. That means that the price in the future is quite a bit higher than the price of it today. What happens with these ETF’s is whenever they have to roll over their monthly contracts in natural gas, if you sell something at $3.00 or $2.75 and you have to buy the next month at $3.25, you’re losing $0.50 a contract there. That impacts the price of that ETF. On this rollover from month to month, you lose value for the shareholder in UNG. So to take it as a long trade, to buy it and think it’s going to go higher, you’ve really kind of got the cards stacked against you a little bit. But if you get short that trade. Of course when you’re short you have to do that at the right time and it’s a very risky trade and it’s not for everybody. Then you actually get that going for you. So my thinking is come early to mid August, when most of the heat is out of the way, then investors, the smart trade would probably be to get on the short side of UNG.

Keith Schaefer: Absolutely. I think there’s a couple of factors at work here. I think the big thing is that the guys who are investing in the stock market are a bit different than the guys investing in the commodity and the futures. There’s only really a handful of pure natural gas producers in the United States with any real size. The big producers are actually oil companies. Exxon is the largest natural gas producer in the United States.

Interviewer 1: Even more so than like a Chesapeake, or?

Keith Schaefer: Yeah. Chesapeake’s like number two or number three. And of course Chesapeake has had it’s own legal issues lately with some of the management issues that they’ve been going through. Even in the top ten, most of those companies are either foreign companies or mostly oil companies. So really if you want to play the natural gas game in the United States you have to move down market a little bit to some of the smaller companies. With all the macro stuff that’s going on in Europe right now, investors don’t want to do that. They don’t want to play smaller companies. They want to play the leaders. Chesapeake was the leader and I guess still is, but investors don’t really want to play that stock until they see what the issues are with management get played out. I think regardless of what’s happening in the commodity, the natural gas stocks are really going to be pressured still. I think that most people are looking past the summer, into the fall, and thinking, you know what, I just don’t see a lot of chance for a higher price here just because there’s so much continued production here. We’re back up to almost record production this week.

Interviewer 2: I was going to say let’s talk a little bit about liquid natural gas because that’s something that you’ve argued in the past can really be a game changer for us. Can you explain just what liquid natural gas is, and what the benefits of LNG are over the gas form?

Keith Schaefer: Sure. Well, the whole idea behind LNG is that it could now be shipped across the oceans, just like oil. It would make natural gas a global commodity. Up until now, it has been a continental commodity. Wherever you are in the world, natural gas stays on your continent. But now when you put natural gas into liquid form, you have to cool it and it compresses itself into one six-hundredths of its normal shape. That’s a huge reduction. What happens is that you can now put that on a tanker and these things, these tankers, are so big now, they hold about 3 billion cubic feet of gas. To give your audience an idea of how big that is, 23 of these ships could supply the United States with all their power needs every day. So if 23 ships came to the coastline, we wouldn’t need to produce any natural gas at all. So these guys are big. What’s happening now with all the turn away from nuclear – in Asia, particularly in Japan after the natural disaster there last year with the earthquake – the price of natural gas in Asia has just gone through the roof. You’re seeing here in the United States, it’s $2.00 to $3.00. Now it’s $3.00. The contracted price in Japan and Shanghai is $10.00 to $12.00 and sometimes even $14.00. And in the spot market you’re seeing prices as high as $18.00 to $22.00. So there is a huge arbitrage there, a big gap that a very entrepreneurial American company could grab.

Interviewer 1: Keith, that roughly 25% move in one day on May 14, was that a short covering rally?

Interviewer 1: OK. So that little bit of pull back, and then we spiked up yesterday.

Keith Schaefer: Yep, that’s pretty big! That’s pretty big. And the guys who were lucky enough to time that trade, God bless them. For me, it’s just difficult. I’m looking at all the fundamentals in this market and seeing, wow, we’re still not seeing any big movement here because once we get to $3.00 and a little bit over that, you see the power companies start to turn back to coal. They seem to be doing that with stunning ease which really doesn’t make sense, but that’s what we’re seeing in the statistics. One thing I think that you’re audience needs to remember is that gas really needs to go to $4.00 or really $5.00 before these stocks start to make money. You look at how much money they paid for their land and you amortize in all the costs, throw in everything including the kitchen sink, and all these guys need is still $4.00 to $5.00 gas to break even. It’s still a bit of a losing proposition for the industry even with these prices having moved up 50%.

Interviewer 1: Well, for anybody out there who wants to learn a little bit more on how to navigate the energy space, how they can navigate the oil and gas in particular, you should check out the Oil and Gas Newsletter. That is www.oilandgas-investments.com. Keith Schaefer is the publisher and we certainly thank you for your time today.

Keith Schaefer: Thanks guys! Love being on.

Interviewer 1: Well, we love having you. Thank you very much. When Jason and I come back we will be joined by Atlanta’s own Bob Harwell. We’ll talk a little gold and silver with him. We’ll see you in a couple of minutes. 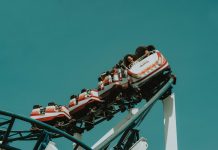 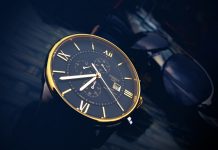