Home Energy Services The Future of Fracking: The “Recovery Factor”

A new development in “fracking” will mean lower costs and higher oil and gas recoveries, says Dan Themig, President of Packers Plus, a privately owned completions (fracking) company based in Calgary, Alberta.  This would mean higher profits for energy producers.

Themig’s new product – QuickFRAC® – is part of a new trend in fracking that is moving away from using more horsepower and taking a smarter approach to increasing the amount of oil and gas recovered from a well, i.e. the Recovery Factor (RF). Most wells only recover 5%-20% of the Original Oil in Place (OOIP).

“We don’t believe the sledgehammer approach to fracturing is the way of the future,” says Themig.

“Fracking,” or hydraulic fracturing, involves pumping a mix of sand (proppant) and fluid (water) down a well and into the reservoir at ultra-high pressure to create fractures in tightly packed sand formations, or shale rock formations, to free up the oil and gas to flow up the well.

Fracking has allowed billions of barrels of oil previously thought to be uneconomic to become not only produce-able, but highly profitable.  It has become a global game changer in the oilpatch, and has created hundreds of billions of dollars in capital gains for investors. (And we’re still in the early stages of this growing industry!)

The size of individual fracking operations has increased 10 times in the last decade, as the industry has grown and learned how to more effectively apply the technology.

Themig says the “sledgehammer approach” of more horsepower (in the form of pumping trucks at surface), more fluid and more proppant has been the industry norm for the last five years, but now the industry is getting smarter in order to increase production from wells. 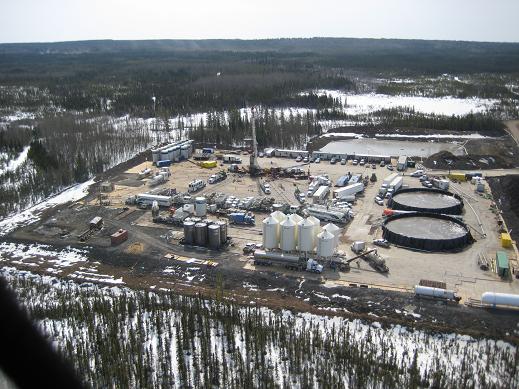 In the new, ever-longer horizontal wells being drilled, fracking is done in multiple stages – often every 100 metres.  Each stage of fracking takes a certain amount of time, from roughly 30 minutes to four hours, depending on how hard the surrounding rock is (the harder the rock or tighter the sand, the more time it takes).

Themig says the new “QuickFRAC” technology is able to frack two to eight of those 100 metre stages at the same time, using the same amount of fluid and proppant.

“We can evenly distribute the fluid and divide it by the number of stages set to open,” he says. 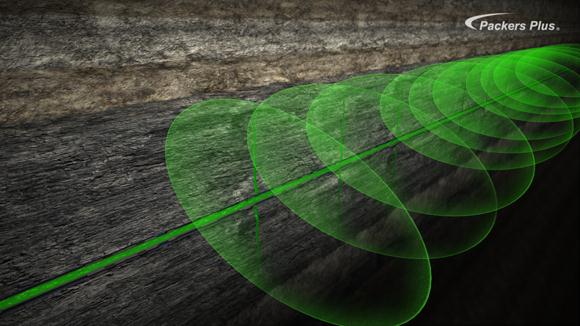 CAPTION: QuickFrac can do multiple stages of fracks at the same time

Themig says that completing several fracking stages at once saves so much time, QuickFRAC can save 10% on overall well costs for a producer – often a $500,000 saving per well.

Having several fracks go into the formation at the same time also increases the amount of oil recovered from the well, Themig says.  That’s because the rock holding the oil is being hit by huge pressures and vibrations on different sides at the same time, which creates more fractures in the rock.

“We drilled a $5 million well and decreased costs 10% by doing 24 stages in 10 hours,” Themig says.  “Previously that would have taken 4-5 days using cement liners in the wellbore, and two days with our regular StackFRAC® technology.”

Rene Laprade is Senior Vice President Operations of Petrobakken Ltd. (PBN-TSX), and they have used QuickFrac in the Horn River gas play and Montney gas play, both in western Canada.

“We save at least two days over a conventional stack frac system and up to 5 days over a plug and perf system,” he told me in an interview. “This results in a costs saving to PetroBakken of up to 30% over other fracture stimulation methods.”

Themig says they are able to do all this with only a minor increase in horsepower, but also use up to 30% less water per well.

Themig says The Future is using longer horizontal wells, and doing more frack stages per well, and QuickFRAC is positioned to help the industry make the evolution easy and profitable.

“The number of fracks are now far more than we ever thought it was going to be.  In 2001 we thought 5-6 fracks be enough to frack a well. Then the industry moved to 12-15 per well now to over 30.  Some customers want 40-60 fracks – consider how long it would take to do 60 fracks that are 4 hours each.  The future looks like 60-100 stages in a lot of wells, depending on geologic needs.”

The goal, he says, is to increase the Recovery Factor – get more oil or gas out of the ground per well. “You look at the Haynesville (shale gas formation in Louisiana) and they have big initial production (IP) rates but high declines, sometimes a 90% reduction in production in the first year.  We think we can significantly improve on those numbers using QuickFRAC.”

A side benefit of QuickFRAC is that the frack companies like TriCan, Calfrac etc. will be able to do a job in shorter time, so they will be able to do more jobs in a year than previously.  Producers save time and money while increasing cash flow from more oil, and frack companies have less downtime and more revenue days per rig.  It makes the whole industry more efficient.
– Keith 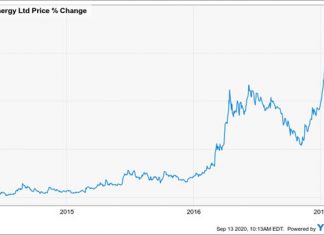 SUMMA SILVER–SSVR-CSE/SSVRF-OTCQB MY SECOND SILVER PICK OF 2020 (MY FIRST WAS...

Summa Silver (SSVR: CSE / SSVRF-OTCQB) is my #2 Silver Pick of the Year—because it has all the pieces for success. 1.   Proven management—CEO Galen...