Could low natural gas prices be setting up a new profit opportunity in Canada?

Canadian brokerage firm GMP Securities says low prices could be the catalyst for a wave of mergers and acquisitions in the Canadian oilpatch.

In a September 7 report, GMP likens the current pricing environment to 1998-2001, when “the intermediate producer group was virtually eliminated through over $50 billion in transactions during that timeframe. One of the catalysts behind this massive consolidation was large caps/supermajors positioning early in advance of an increasing natural gas price environment.

With a similar pricing scenario today and initial deals already occurring, we believe history could be on the verge of repeating itself over the next 12 – 18 months.” They go on to say that with over $70 billion in transactions in US natural gas plays, Canada could be next.

Encana has already done a couple deals with Asian partners. These larger companies have much longer time horizons than the average investor, and are willing to be early and wait for natural gas prices to turn up, GMP contends. Transaction prices for dry gas assets are getting lower – they are down to $25,000 per flowing barrel, or less, compared to up to $80,000 per flowing barrel for oily “resource plays,” which is the industry term for large land positions with low risk, repeatable wells.

If I could tell you about a company that…

You’d want to hear about it, right?

There are dozens of new opportunities about to “pop” over the next 12 months.

I’ve prepared a new report that spells out exactly why this is happening – and how you can stake your claim.

GMP also pointed to the well regulated environment in Canada, vs the US, where several new areas – like the Marcellus shale in New York State – are still going through teething problems from developing industry regulations. And Canada is open to foreign investment in its oilpatch, whereas over 65% of the world’s oil resources are now controlled by National Oil Companies (NOCs), which greatly limits potential M&A activity. 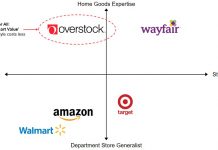