Home Oil Shipping Crude Oil by Rail: A Victim of its Own Success?

Oil producers in Alberta have embraced the holy rail, shipping out by train car an estimated 120,000 barrels of oil per day (bopd) to refiners on the east coast and the U.S. Gulf.

Despite rail costs doubling pipeline tariffs, producers were able to get such a better price railing it past the mid-continent refineries all the way to the US East Coast and Gulf Coast–it made the logistics worth the time.

But just as Canadian rail use is set to soar again—you can boost that number to 200,000 bpd by the end of the year when several terminals are completed, say analysts—rail may no longer be economic.  Rail could be a victim of its own success.

“In May or June, producers that have traditional access to pipe may see better netbacks than rail,” one oil and gas marketer told me last week.  Netback is the industry word for profit per barrel.

Railing oil has been more profitable than transporting by pipe for a lot of Canadian producers since last summer–when the difference between US and Canadian oil prices widened.  It has also been necessary, as producers have had to find alternate routes to market—rising oil volumes competed for limited pipeline space.

And while pipeline tariffs might be cheaper than rail, the additional fees add up: producers often have to shell out trucking fees to a pipeline-connected battery, plus diluent fees (diluent makes heavy oil flow in the pipe better) and perhaps a fee to remove water from the oil to bring it up to pipeline spec.

“The netback has been greater by rail—usually more than 10% better than the pipeline-connected alternative,” says Chris Cooper, CEO of Aroway Energy, a 1000 bopd producer in southern Saskatchewan. “In some months it can exceed 20%.”

Smaller producers without access to the financing needed for long-term (10-20 years) contracts on pipelines, make every penny count when marketing their barrels. Cooper’s savings are diluent costs of $6/b and pipeline fee/tariffs of almost $1.50/barrel.

“The price paid for the crude shipped to the rail facility fluctuates on WCS prices,” Cooper says. “We were getting $45-$50 in Jan, we’re getting $66.72 today.”

There was some BIG differentials at Christmas 2012—Canadian light oil traded as low as $68/barrel and heavy oil at $48/barrel.

At the same time, refiners on the U.S. Gulf Coast and northeast were paying overseas prices for their heavy oil feedstock, around $110/barrel.  That’s a big differential! So there was lots of room to spend $14-$18/barrel to rail it to a much higher priced market.

Fast forward to late April 2013.  Light oil only has $3/bbl discount to WTI, trading at $86.13/bbl and heavy oil (WCS, or Western Canada Select) gets $71.431.  Part of the reason for higher prices is seasonal; less oil gets produced in Canada in Q2 because of spring break up, so supply is less.  But another reason is that rail has created a bigger demand by making Canadian oil available to more US refineries.

When Canadian crude was selling $40 less than its U.S. counterpart, rail made sense; producers paid $14/bbl to hit northeast refineries or $14-$18 to the U.S. Gulf Coast, where refineries paid Brent prices of up to $119/barrel.

In addition to the narrow differential, the cost to ship crude by rail, from loading prices to rental fees, has jumped in a classical supply-demand imbalance response.

Shipping oil by rail used to be the answer to tight pipeline capacity and cheap Canadian crude.  But the question now is… has that train left the station?

Analysts and producers say shipping crude by rail, usually an expensive choice, made sense when West Texas Intermediate (WTI) was $20 per barrel less than Brent priced crude, and Western Canada Select was about $15 under WTI.

Refiners on the U.S. Gulf Coast and the northeast U.S. and Canada pay higher international prices based on Brent, so when the difference between coastal and inland crude widens, the netback from rail is higher, especially if you can’t get pipeline capacity.

Last November, Southern Pacific was raking in $20-$30/bbl more by railing and barging its bitumen to Louisiana than it would have at the congested Cushing, Oklahoma hub. The junior oil sands producer paid $31/bbl to rail and barge its oil to a Louisiana refinery, compared to $8/bbl by pipeline. But a $20 differential from Brent and lower diluent costs made the move profitable.

Cooper says that typically, a company’s oil marketer negotiates and lines up rail loading space for crude trucking shipments out of the field. Even so, high demand has translated into waits of up to six months for rail loading space.
Once at the terminal the custody transfer is made and the producer gets paid a single price for its crude.

“If you’re bigger, doing like 10,000 barrels of oil per day, those operators probably have an ability to rent rail cars somewhere from somebody to get it to the right refinery; we’re too small to do that. Others have rail agreements and agreements to bring back diluent in the same cars.”

Approximately 19,000 tank cars were ordered by Canadian companies, according to Rail Theory Forecasts. The railcars are insulated to carry heavy crude but will not be delivered until 2014.

Most producers have opted to lease tank cars, for term contracts of up to five years on average, rather than build. They are taking advantage of the thousands of kilometres of railroad tracks which already exist, crisscrossing North America, connecting to industrial hubs, pipelines and waterways.

Three years ago rival Canadian National didn’t even ship oil. The railway firm moved some 3.2 million barrels of crude in 2011, an estimated 19.2 million barrels by the end of 2012, and could eventually handle 200,000 barrels a day or more.

Keep in mind those numbers look to be derailed as the price of Canadian crude climbs and the netback to shipping by train drops. 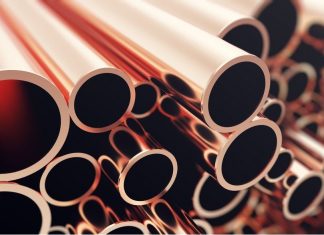