The North American oil market is going through a fundamental change that will affect the price of oil for the rest of this decade—fast-rising shale oil supplies from North Dakota and Texas.

(Other shale oil plays will contribute as well, but none will come close to the revolution happening in those two states.)

This could mean lower oil prices for the next several years.  I don’t foresee the collapse in oil prices like what happened to natural gas, but even a 30% permanent drop to $70/barrel from $100 will impact junior and intermediate producers who spend all their cash flow.

And folks, almost all of them spend all their cash flow.

To me, this situation has two outcomes:

1. The juniors/intermediates will reset to a lower valuation/lower multiple to take into account lower profitability from lower oil prices. That is happening now and is almost done, IMHO.

2. Balance sheet will become more important than it was in a bull market, when juniors could raise money with no problem to fill the gap between cash flow and spending.  Now the financing market is very fickle—one day it’s open; the next—no way.

With this in mind, here are a few questions for you to ask management teams in your research.  Most of these answers can also be found in the middle of the Management Discussion and Analysis (MD&A) in the quarterly financial statements.

QUESTION #1 –
What price deck are they basing their cash flow on?  Because if it’s above $75, I would expect downward revisions this year. OK, maybe they can use $80, but that would be, IMHO, a bit optimistic (especially north of Cushing, Oklahoma, which includes all of Canada ;-)).

I hope I’m wrong and we all make buckets of easy money in the next year at $95 oil, BUT the fast-growing supply in the US is competing with Canadian oilsands for pipeline and refinery capacity, which is already close to being full. Whoever is willing to take the lower price gets to sell their oil.

QUESTION #2 –
What is their net cash/net debt? Make sure you use the word NET, as the number you get could be GROSS… as going into this downturn, in April, the market was still focused on growth and the income statement. Now it will be focused on the balance sheet. That’s a BIG change, especially for Canadian producers who for the most part spend AT LEAST 100% of cash flow… often up to 150-200%.

The “growth at any cost” mantra of a bull market could mean that some high growth companies that got premiums in their stock in the past will now have their valuations lowered by the market.

QUESTION #3b –
With the yield stocks, the same question is phrased like this—what is your all-in, payout ratio at $70 oil? When you put their drilling budget and dividend payouts up against cash flow, if it’s even over 100%… that’s bad news now.

As reference, every single one of the 10 companies in a most recent Macquarie Capital weekly energy update showed payouts higher than cash flows. 10 of the 17 US mid-cap producers were scheduled to spend more than their cash flow. It was 8 for 14 in the Canadian mid-caps, and all 12 of the small caps were spending more than cash flow. You get the picture. Spending cutbacks this year must happen, which will reduce growth.

QUESTION #4 –
Will they reduce their spending to meet their new lower 2012 cash flow? As I said above, there is almost NO FREE CASH FLOW in the Canadian junior/intermediate energy patch—they regularly spend more than they cash flow.

And in a declining price environment, the market gets more sensitive about energy producers spending within their cash flow.  If the oil price declines so much that their cash flow goes down below what they plan to spend, they may have to cut back drilling—slowing production growth.  Slower growth means a lower multiple in the stock.

That makes companies NOT want to cut back spending/drilling.  But once The Market KNOWS a management team must cut back, it starts to price all that in, anyway.

Investors will punish a stock quickly when it announces a spending cut (despite the fact that saving the money and preserving the balance sheet is the right thing to do)… and punish it slowly if management doesn’t quickly cut back spending.  So the stock either does a quick cliff dive when management does the prudent thing, or it drowns slowly until they do cut spending or everyone thinks the price of oil will stay high.

The reality is, they won’t tell you that. By law, they have to say “no” even as they are sending out the press release that they are indeed reducing spending (“lowering capex” is the industry jargon)… because that’s a material fact, and they need to make disclosure to everybody at the same time via a press release.

QUESTION #5a, b, c and d –
How much production do they have hedged now—at what prices? (i.e., how much future profits have they locked in?) What percentage of their production is that?  And when do the hedges run out? Not many companies have hedged production at higher prices, but those who have will get rewarded with a slightly higher valuation—especially if it’s a Tier One junior.

So what kinds of stocks should I be investing in as the market adjusts to this new, lower oil price scenario?

2. Oil focused (there are only 4-5 gas stocks worth looking at in Canada now)

3. International stories that get Brent pricing, which is based out of London, England—it is now $10-$15 above WTI, the US benchmark oil price. 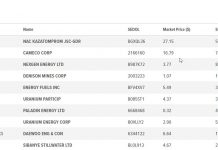 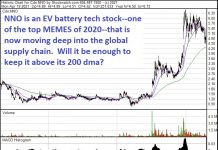 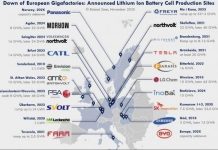 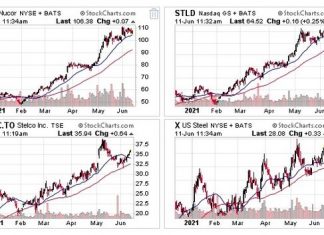