Home Oil Prices How the “Reserve Report” Can Tip Investors off to Junior Oil Stock...

Editor’s Note:  In my last story I explained how lower gas prices could affect reserves, as reserve reporting season is underway.  Below, here’s a look at how some junior oil companies might fare.
– Keith

Last time we talked about reserve reports and how natural gas producers could have their credit lines and valuations cut because of the low carrying value of their reserves.

This time we’re going to talk about how the same phenomenon is going to have the entirely opposite effect for oil producers, especially heavy oil that makes up the majority of the crude stream coming out of Western Canada.

If you’ll recall, we talked about how oil and gas companies have to file an inventory statement effective Dec. 31 that details the net present value of their reserves based on future projected cash flows (which in turn are based on independent price assumptions for the next 12 to 24 months).

Then we talked about how any drastic change in the valuation of those reserves was akin to lowering (or increasing) the net worth of your house against the balance of the mortgage on your home. We also talked about how a 20 per cent decline in the price of natural gas was going to bite into the NAVs of several high profile gas producers and possibly send them scrambling to shore up balance sheets, by jettisoning unprofitable assets, selling equity and paying down debt — or else.

The good news is that oil-weighted producers are going through the same exercise with a different conclusion. The really good news is that most of them are going to see their net asset values and credit lines increased, given where crude prices have been for the past 12 months and given where they’re likely to stay thanks to all the trouble in places like Libya and Egypt.

And the best news of all is that it means we’re probably looking at a round of upgrades — and higher stock prices — for the entire sector. This, even though the rising Canadian dollar essentially wiped out any oil price gains in 2010; Canadian-denominated crude prices were actually down about two per cent year over year.

But nobody wants to hear us crash the oil price party with mundane things like currency valuations. Much better to party like it’s 1992 — the last time the Middle East looked like it was set to explode. Back then, if you’ll recall, Saddam Hussein had oil prices pushing the then unheard-of heights of $75 with George the Elder banging at his door in Desert Storm I.

Then, as now: peace sells. The problem is that nobody’s buying.

According to a recent report by Peters and Co., the oil-weighted guys are going to be flush with cash which will drive consolidation within the junior heavy oil space. The start-up of Keystone into the U.S. Gull is going to change the market no matter what happens in places like Cairo or Tripoli.

The North American market is too localized to really be affected. The upshot is that tensions in far off places like Libya and Egypt only increase the role for Canadian oil, as the U.S. tries to diminish its dependence on Middle East crude.

But before we go any further, a note of caution. The geopolitical risk trade is the worst trade you’ll ever make. Just because the world seems to be going up in a hand basket doesn’t mean oil is going to hit $150 any time soon. Or stay there for more than a few weeks if it does. Don’t get sucked into what MIGHT happen. More often than not, it doesn’t happen and you’ll be left holding the bag.

Think about WHAT’s going to happen when everything settles down.

Anybody that’s showing profits at $50 a barrel is going to be doing just fine at $70 or even $80. Assuming prices do spike above $100 you’ll be in a good spot to reap big rewards — just don’t be banking on the sky to fall for it to happen.

A couple names to consider: Black Pearl Resources (PXX-TSX). Here you’re getting proven management in addition to oil price exposure. These were the guys behind Blackrock Ventures before it was sold to Shell for mega-billions a couple years ago.

Black Pearl is a new stage entrant, but they’ve got some good production history — 7,700 barrels a day and rising — and a lot of expertise working their main assets near Peace River. But a big chunk of their meteoric rise in stock price over the last few months is vastly (and fastly) growing reserves (sense a theme emerging?).

In January, the company released its 2010 reserve reconciliation showing they added 7.5 million boe in reserves, but added almost 750 million barrels in a more risky category – contingent resources – and about 98 per cent of it oil. That’s a staggering sum; we’re talking resources to production of almost 300 years at current rates.  Most of these resources come from its Blackrod SAGD heavy oil project (Steam Assisted Gravity Drainage).

As CEO John Festival said in the news release: “Our objective over the next few years is to get these barrels reclassified from the resource category to reserves.”

In doing so, the company will be adding real value that will inevitably translate into higher share price multiples. Think about what that family room addition will do to the resale value of your house.  And like I said, this management team has sold a company before for a lot of money.

Likewise, consider Twin Butte Energy (TBE-TSX). They started off as a gas company but quickly shifted to oil around 2006 when it became clear the Katrina Premium on gas prices was just a figment of the imagination.

Earlier this month the company reported a23 per cent increase in total proved plus probable oil and gas reserves, which rose by 6.9 million barrels of oil equivalent to 37.5 million boe.  That reserve addition was nearly quadruple 2010 reserves it produced.

In other words, these guys will do quite well even if oil prices come down from current levels — which they probably will, if past events like the first Gulf War are any guide.

But the increase in reserves combined with the low operating and development costs will ensure a steady stream of cash and higher valuations for you, dear investor, dictators be damned.

It may be the end of the world as we know it, but as long as you’re long on oil, we’ll all be fine.

Editor’s Note:  Ever wonder how companies can estimate tens of billions of barrels of oil on their property before they drill it?  I explore that here in this report: How Big Shale Formations Get Estimated – All Over the World.

The first two parts of the above series:

Part 1: How To Use the ‘Recycle Ratio’ To Invest in Oil & Gas
Part 2: Unconventional Oil & Gas Plays: What I Look for in the “Reserve Report” 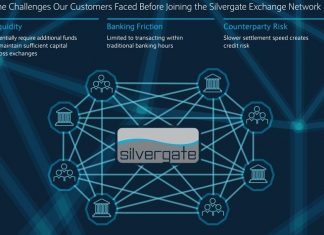