The U.S. likes to fancy itself as a place that does everything a bit bigger and better than the rest of the world and while some of this might just be American bluster, the Yanks have plenty to crow about it when it comes to oil production in recent years.

“Not only have we reversed the trend, we’re reversing that in a very big way,” Burkhard said.

However, the U.S. may not be done when it comes to upping its oil production as The Sunday Times recently quoted a report released by Goldman Sachs that predicts America will become the world’s largest oil producer by the year 2017. This estimate was obtained by using a different definition of oil and utilizing generous estimates for liquids-rich shale production, according to The Oil Drum.

Using these new parameters, the report predicts that U.S. daily production of oil will rise to 10.9 million barrels in 2017 from the current level of 8.3 million barrels, according to the media outlet. This estimate is not unreasonable when one considers the growth the country attained between 2008 and 2010.

The news source states that how Goldman Sachs arrived at the current production level of 8.3 million barrels of oil per day is ambiguous. June oil production for the country averaged 5.6 million barrels per day in June, the Energy Information Agency (EIA) reports.

Predictions for U.S. oil production released by the EIA differ from the figures released by Goldman Sachs. U.S. crude oil production will increase to roughly 6 million barrels of oil per day by 2020, according to the agency’s 2011 Annual Energy Outlook. The EIA attributes gains in production to larger shale oil resources and new enhanced oil recovery techniques. The agency states that the Eagle Ford shale, Bakken formation and the Marcellus shale will all contribute to this rise in production.

I hope you’re still with me!

Thomas Petrie, vice-chairman of global corporate and investment banking at Bank of America, offered another estimate. He told Reuters that over the next five years, U.S. oil production stemming from shale plays such as Eagle Ford, Bakken and Niobrara could potentially increase to 2 million barrels per day.

What makes Goldman Sachs’ prediction even more surprising is that its estimate would place U.S. production higher than that of Saudi Arabia and Russia. Press reports stated that Russia will not increase its current production of 10.7 million barrels of oil per day by any more than 100,000 barrels in the coming years. For what its worth, Saudi Arabia says it can produce 12 million barrels of oil per day by 2020, reports The Oil Drum.

Increased oil production in the U.S. hinges on a number of important plays located across the country.

One of these plays, the Bakken shale, has grown rapidly in recent years. Production at Bakken-Three Forks has climbed to around 400,000 barrels per day and some industry insiders believe that number could eventually be greater than 1 million barrels of oil per day. The Permian basin will significantly contribute to rising production of U.S. oil. Permian production was at 841,000 barrels per day in 2004, according to Well Servicing Magazine. The Oil Drum estimates that in 2010, this figure crept up by 100,000 barrels.

Another play that could contribute significantly to production is the Marcellus shale. A United States Geological Survey report released in August estimates that the Devonian Marcellus shale formation holds 84 trillion cubic feet of natural gas that could be recovered and 3.4 billion barrels of untapped natural gas liquids.

The Utica shale, which exists below Marcellus, is another play that holds significant potential. Aubrey McClendon, President of Chesapeake Energy, told The Gartman Letter that it currently has 12 horizontal drills that are active in its section of the Utica. Some estimates put the amount of oil in the Utica formation at 5.5 billion barrels.

Regardless of what U.S. oil production is predicted to reach within the next decade, it is clear that the country will be one of the largest producers of oil in the world for years to come.
by +Keith Schaefer 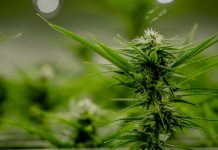 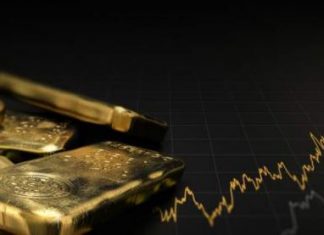