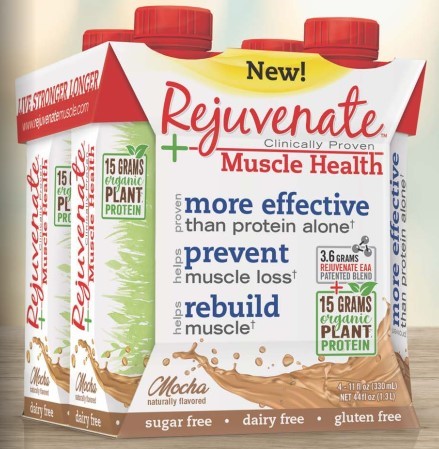 I’m convinced that CEO Stuart Lowther will make Element Nutritional Sciences (ELMT-CSE) a HUGE success.  Just weeks after listing, they are already selling their products in over 15,000 locations in the USA—and 16,000 in North America–PLUS online sales!

He’s done big success before—in 2008 Lowther founded Life Science Nutritionals and from scratch built it and cashed out at a $40 million valuation in 2015.

He made big dollars there and prior to that he was the International Business Manager for Jamieson Laboratories, where he grew sales in his division from $700,000 to $10 million + in just two years.

And prior to that he was an executive at IOVATE Health Sciences where he played a key role in growing sales from $40 million to $200 million with the company recently selling for $1 billion.  He has a Masters Degree in Nutrition and Human Metabolism to back up his impressive company building resume.

More importantly, he has deep connections in industry, with a long track record of success. He is financially all-in on Element Nutrition, having invested $3.2 million of his own money into this company.  That’s what I want to see.

He has already succeeded here at ELMT:

With $20 million of research behind it, 17 years in the making and through 25 different clinical studies — Element’s product, called Rejuvenate, has been proven to help prevent muscle loss and rebuild muscle.

The results for Rejuvenate in the peer-reviewed clinical studies are truly incredible.  The jaw-dropper for me was that Rejuvenate was clinically proven to increase a body’s ability to rebuild and repair lost muscle by 57% at rest.

Don’t just take my word for it.  You can tell the quality of both the management team and their product by—will anybody sell it?  Lowther has already succeeded in taking REJUVENATE to several national and large regional chain stores—it’s very impressive.

Investors can count on Element to be very aggressive with its media push and getting this easy-to-sell product in front of the right consumers.

Lowther told me that they plan to have media campaigns that will drive up to 2.7 BBBillion impressions across the North American market in 2021, including TV campaigns, digital advertising, major social media influencers…all targeting the over 40 demographic.

The Market Opportunity For Element/Rejuvenate
Is In The Billions

The science behind Rejuvenate  is such a huge competitive advantage—Element can show clinical studies to  potential customers and healthcare professionals that proves that their Rejuvenate product can prevent muscle loss and even build muscle at rest.  Nobody else can do that.

The marketing power of that has to be ENORMOUS.

My point is that with these clinical study results—the Rejuvenate product can sell itself.

There are many obvious buyers for Rejuvenate and Element if they can be successful in ramping up sales like I think they can.

In 2019, Ensure had annual sales of almost $400 million.  Boost is one of Nestle Health Science’s best sellers is even bigger——Nestle executives have indicated that Boost and their Meritene brand of nutrition shakes could see sales of up to $10 billion in the coming years.

While Boost and Ensure throw lots of calories, lots of protein and lots of sugar at the consumer…Rejuvenate provides science in the form of a specific amino acid formula that is proven to synthesize muscle health even at rest.

But Rejuvenate would also be perfect for the global soft drink companies.

There is no question that Element is looking at a multi-billion opportunity with a clinically-tested solution.  Other adult nutrition markets confirm the size of the opportunity:

Given that everyone recovering from surgery, in a retirement home, fighting cancer and even if you are just over 40 years old—you will benefit from using Rejuvenate.  I would suggest that the market opportunity in front of Element could be very large.

Finding winning stocks in the junior markets is not easy.  So you should have some rules—like high growth, low valuation, proven management—and management that has paid for (not given) a lot of stock.

Element ticks those boxes for me.  Today is Day One of its public life, but I’ve interviewed Lowther several times since last summer, asking him to explain in ever-more-detail the science behind Rejuvenate.  He’s engaged, committed and tireless.

He has invested $3.2 million of his own money into Element.  And he has already achieved what many CEOs only talk about for years—securing SEVERAL huge distribution deals for his product.

Those deals make me excited to see the first couple quarterlies for Element.  Because for this stock to be a huge success, the numbers have to be there—revenue first, then EBITDA and finally profits. (By the way, gross margins for these types of products is well over 80%)

Element has clinical evidence that it increases the body’s ability to rebuild and/or prevent muscle loss even at rest.

Element Nutrition—ELMT-CSE–has all of the makings of being something special—quickly. 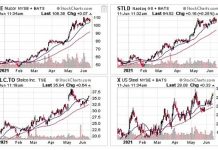 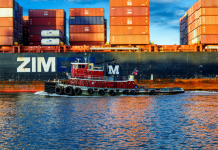