Dave Watkinson is the Warren-Buffet-style CEO of Emgold Mining Corporation (EMR:TSXV/ EGMCF-PINK), who has brought millions of non-dilutive capital into the treasury—and positioned his shareholders to Win Big with THREE upcoming drill programs.
Just yesterday, Emgold announced that a subsidiary of global mining giant Rio Tinto (RIO-NYSE) had just received their drilling permit for their New York Canyon play in the Walker Lane trend of southwest Nevada.

The Rio Tinto sub (Kennecott) has cash and spending commitments to US$22.5 million to earn a 75% interest in New York Canyon. Watkinson bought the asset for US$250,000, and was able to flip it to Kennecott immediately.

If Rio Tinto finds the economic porphyry they’re looking for, the remaining 25% that is still in Emgold’s hands will be worth—well, A LOT.  Emgold is trading for just 15 cents.

I think it’s going to be one of the most anticipated drill programs in Nevada in the coming months. Porphyries are HUGE deposits—low grade and broadly disseminated mineralization (i.e. spread out over a large area); there is no such thing as a small porphyry.

This is a dream-come-true-deal for a tiny junior like Emgold. Rio Tinto has to hit of course—this is exploration.  But to be in front of this big a play this cheap is what investing in junior mining is all about.

Before I tell you about the Nevada play they love so much they’re about to drill it themselves—let me show you a couple hugely value-add deals that Watkinson has completed.

Emgold management keeps a huge database of gold projects with a focus on Nevada and Quebec.  Watkinson is VERY good at knowing where to stake around the edges of new discoveries—so that he can flip those assets as the new discoveries grow in size.  In Quebec and Nevada there are ALWAYS buyers circling.

Watkinson waits, waits and waits until his opportunity arises to grab a high potential asset at a bargain price.  Sometimes it takes years.  Then he waits again after acquiring it for the perfect time to monetize it.

At the rock bottom of the junior gold cycle in 2018 Emgold moved in quickly to opportunistically acquire a property in Quebec called Troilus North.  The seller was a private exploration company.

It was a smart deal…because Troilus Gold (TLG-TSX) was successfully advancing and expanding their own nearby property.

Emgold bought Troilus North for a combination of cash and shares that totaled $995,000.  One year later Emgold flipped Troilus North to…….you guessed it, Troilus Gold.  The all-in sale price was $250,000 plus 3.75 million shares of Troilus Gold.

Back then, in November 2018, TLG was trading for 60 cents.  It recently hit $1.70! This was a huge, non-dilutive win for Emgold shareholders.  Watkinson says they have been monetizing that stock—keeping dilution down, and building the treasury for their own drill programs.

This is one deal.  Emgold has a portfolio of them.  Here’s two quick ones: There are more, but you get the picture—Watkinson knows what he’s doing.  And what he’s doing is bringing in millions of non-dilutive capital to fund his drill campaigns.  (The only thing he’s not so good at is telling investors how smart he is!)


Golden Arrow – Gold Ounces
Bought For Under $2 Per Ounce

But now THREE drill programs will be starting—New York Canyon in Nevada, Casa South in Quebec and #3 is what Watkinson sees as his prized asset right now—aptly named Golden Arrow.

Golden Arrow is a property that Emgold again acquired at the very bottom of the cycle in 2017—for a total purchase price of $564,000.  As I’m going to show you, this works out to $1.63/Au Eq—per gold equivalent ounce.

A 2018 Technical Report completed by Emgold outlined a measured and indicated resource (M&I) of 296,500 ounces of gold and 4.0 million ounces of silver for the property.

$1.63 per ounce……..how does that compare with how the stock market normally values ounces in the gold?

Exchange (TSX) and the TSX Venture Exchange (TSX-V) got these numbers as how ounces are being valued today:

The Market is NOT going to value this resource at these valuations when it’s that small.  But if Emgold can get this up to 700,00 AuEq ounces—then that could happen. As an at-surface, oxide gold asset in Nevada that can be put into production with a very cheap heap leach operation—there will be LOTS of buyers.

But if Watkinson’s hunch is correct, and drilling is successful and Golden Arrow becomes a major deposit—then shareholders obviously benefit.

In one sense, you have to call ALL exploration drilling is high-risk.  And it is!  But when you can use so much non-dilutive capital to drill such big projects like New York Canyon and assets like Golden Arrow where there is already a deposit…this is the kind of lower risk punts I like—that still have huge upside IF THEY HIT A GREAT HOLE.

Look folks, Watkinson is one of the most unsung CEOs in the business. He has given shareholders a chance to Win Big if any of these upcoming drill programs hit economic mineralization.  His only fault is his humility!  And that’s why the stock is 15 cents—despite three near term drill programs that could change the company forever.

Watkinson clearly has a nose for good properties.  Three of them are about to get drilled.  That’s why I’m long NOW, right before the action starts.

Emgold Mining Corporation has reviewed and sponsored this article. The information in this newsletter does not constitute an offer to sell or a solicitation of an offer to buy any securities of a corporation or entity, including U.S. Traded Securities or U.S. Quoted Securities, in the United States or to U.S. Persons. Securities may not be offered or sold in the United States except in compliance with the registration requirements of the Securities Act and applicable U.S. state securities laws or pursuant to an exemption therefrom. Any public offering of securities in the United States may only be made by means of a prospectus containing detailed information about the corporation or entity and its management as well as financial statements. No securities regulatory authority in the United States has either approved or disapproved of the contents of any newsletter.
Keith Schaefer is not registered with the United States Securities and Exchange Commission (the “SEC”): as a “broker-dealer” under the Exchange Act, as an “investment adviser” under the Investment Advisers Act of 1940, or in any other capacity. He is also not registered with any state securities commission or authority as a broker-dealer or investment advisor or in any other capacity. 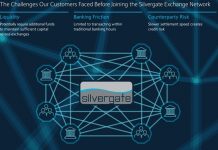 It’s Simply The Best Lithium Play In The World—At The Lowest Valuation!!! 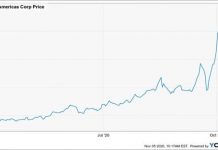