Home Top Stories My Greatest Winner of All Time Will NOT Be an Oil or...

The sector was dead money — and I knew it.

So I went looking to make money elsewhere — specifically, downstream — in search of innovation and disruption in the energy markets.

What I found there was something very special — a microcap stock with a disruptive proprietary technology.

Over the last couple years, I have been patiently accumulating… and I now own 1.7 million shares. That’s 2% of the company.

I bring it to you now for a very specific reason. This company is hitting its stride. Revenue increases. Positive cash flow. Big Name Customers.

Let me tell you why.

The Second Half of 2018 IS The Inflection Point

Business for this microcap is busting out in Q4 2018.

The company has just signed major deals with multiple NASDAQ/NYSE listed companies. As a result the revenue growth from here is about to go parabolic.

What is really unusual and crucial for you to understand is that almost all of the customers that this microcap has on-boarded are Fortune 1000 companies.

That validates the technology of this micro-cap — and the company’s ability to sell it.

Equally important for investors… these deals are not priced into the stock of this company. With next to no analyst coverage, The Market has no clue what is going on here.

That will change. I have been paying attention, and that gives me — and now you — an information advantage on the pros and the rest of the market.

This Company Solves A $60 Billion Plus Problem

You could not believe how much inventory goes missing from US businesses in a year; accidents, thefts, absent-minded people… the losses are nothing short of APPALLING. 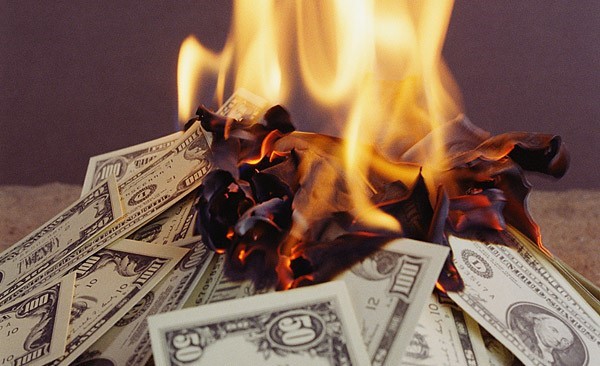 One study shows that in the United States alone at least $60 billion of inventory disappears every year (1).

But that study deeply understates the problem because it involves a survey of just 91 large businesses.

That sounds bad, but the reality of the problem is much, much worse.

Consider that the entire net profit margin of an average retail business is under 5%. Yes, what I’m telling you is that American retail businesses lose more dollars of inventory every year than they make in total profits!

This micro-cap has the solution, and is selling it every month to Fortune 1000 companies.  It’s hiding in plain sight.

RFID Is The Answer – So Why Hasn’t It Already Solved The Problem?

Fifteen years ago Walmart made a major move aimed at trying to save the billions and billions of dollars that it was losing to inventory shrinkage each and every year — they would require its 100 largest suppliers to tag all shipping pallets with radio-frequency identification (RFID) tags.

It was a ground-breaking announcement.

For the first time RFID technology would be applied as a business process. At the time, analysts estimated that all other retailers would quickly fall in-line with RFID spending expected to exceed that of Y2K — more than $100 billion!

The technology was meant to be a step change improvement from existing barcode and scanner technology. Barcode tracking requires the barcode tag to be directly in the line of sight of an electronic reader or scanner.  This is manual, time and labor intensive as well as limited in scope. 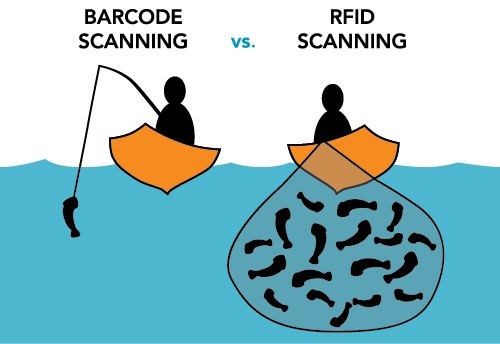 RFID promised to be very different with an RFID tag emitting a radio wave that can be read from hundreds of meters away automatically. No scanning, no people.

While Walmart’s RFID announcement was ground-breaking, what followed wasn’t. It turned out that RFID inventory management was not ready for primetime.

There were challenges yet to be overcome.

Where barcodes had been tried and tested for 20 years, RFID was brand new and flaws emerged.  The radio waves didn’t go through metal and were diffused by water.  The readers struggled to cover wide enough areas of space.

Long story short, with suppliers balking at the cost of installing the tags, the initiative fizzled.  Walmart completely abandoned its efforts to have suppliers comply with its RFID plan in 2009.

The RFID revolution was paused… but it was not dead.

Walmart was early, but not wrong.

We are now at the moment when RFID will be the solution that saves businesses tens of billions of dollars.

Since Walmart’s test, hardware costs of RFID have plummeted.  And RFID tags and readers now work over wide areas–the challenges of accurately reading wide areas have been addressed.

In the future we will recognize right now as the tipping point for mass RFID adoption.

The microcap company that I’m going to reveal to you is right at the center of this tipping point.

It is literally happening now…

Actual Business Results And Actions Are Telling The Whole Story

Technology doesn’t impress me; cash flow does. So here’s the story of an $8 billion NASDAQ-listed customer that has now installed this microcap’s RFID technology in over 70 locations across the USA.

That $8 billion NASDAQ listed company had an inventory tracking problem.

The company didn’t realize how big that problem was until a new key hire joined the business, took one look at things and said:

We need to adopt XXX’s RFID solution and do it immediately!

This multi-billion NASD-listed company had a larger problem than they realized. But once our microcap company’s RFID solution was put to work, the problem was fixed.

The $8 billion NASDAQ listed company’s inventory problems had worked against financial results in both directions.

But after installing this little company’s software… look what happened to its chart. The stock tripled. 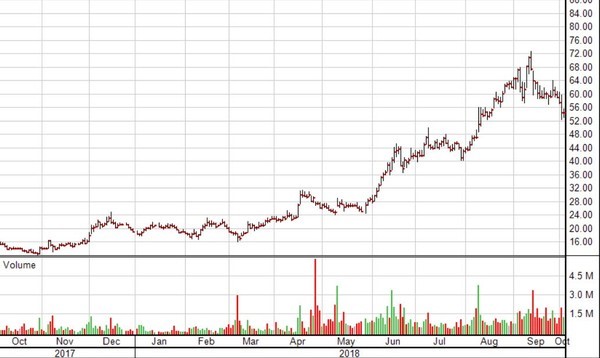 And why is that again?

Because this company has made a step-change in its inventory management with our microcap stock’s RFID software — it’s now installed in over 70 locations by this one customer alone! This solution has helped to support higher revenues, lower costs and fantastic customer appreciation.

World Class Companies Are Now Coming To Them!

For a microcap company with a next-level technology solution like this, the hardest part is getting your foot in the door with a big customer.

In 2018 this microcap RFID stock got its foot in the door and then kicked it right off the hinges.  Not with one big customer mind you… with multiple Fortune 1000 companies.

It’s not just this $8 billion NASDAQ listed company: now customers… even BIGGER customers… are coming to this little microcap and signing up for its services.  More detail on one huge new customer win is coming….

The other thing I LOVE about this company… and this is key… the supply chain is rallying around the technology, and referring them business. In fact, the largest RFID tag companies (the hardware in this business) on the planet are becoming partners and sales channels for my micro-cap RFID company. It’s a win-win — these big corps get to sell their hardware, but they need this microcap’s full solution to get that sale.  This is the likely exit strategy. My Big Fear is it will happen too soon!

As I said, the proof is in the actual results. Customers are now flocking to them.

The coolest thing for investors is — this is a high margin software business that requires little spending.  That means that there is no need for more financing here. And when The Market knows you don’t need cash, there is no cap on the stock; it’s free to run as new contracts get announced.

Do Not Ignore My Next E-Mail!!!

My next e-mail is the most important one that I have ever sent.

In that e-mail I’ll reveal everything you need to know about this microcap RFID stock.

My e-mail will detail everything that I’ve been a little coy about today, and you’ll understand why I own 1.7 million shares.

Here is what is coming:

Three… AND MOST IMPORTANT – The name and ticker of this microcap RFID stock… an opportunity I believe so much in that it is the largest position in my family’s portfolio—1.7 million shares.

I expect it to be My Biggest Winner of All Time.

The customer contracts are already signed, sealed and delivered. You will recognize every name I throw out at you.

More customers are coming to this company every day.

The Market is not watching now–but it will be!  This company’s growth and positive cash flow is not priced into the stock. And I firmly believe more contracts are coming… or why would I own 1.7 million shares?

That lack of market attention is going to change as those customer wins hit the quarterly financial filings.

So pay close attention to your inbox. Your 2019 portfolio could depend on it.