How Investors Get Screwed by Big Oil

by Keith Schaefer on March 12, 2016
Energy Companies And Share Buybacks – A Lesson In Capital MismanagementThe job of the men and women at the top of Big Oil is to help manage capital through the volatile cycles of this business.For that they are handsomely rewarded with big salaries and stock options.These are experienced people who have been through the cycles of this industry.

Yet they allocate capital as though they have no idea that these cycles exist.

Remember, the job of Big Oil is not to grow quickly.  These companies grow slowly, professionally, reliably, and provide modest dividend growth.  Capital allocation is key.

The management of senior oil—and even some intermediates—have abysmal track records in allocating big chunks of capital for share buybacks.

After I show you these numbers, I’ll show you The King of Capital Allocation—the best ever maybe.

Let’s look at a few examples.

In 2015 Chevron with its share price falling as low as $70 per share Chevron has repurchased no shares. 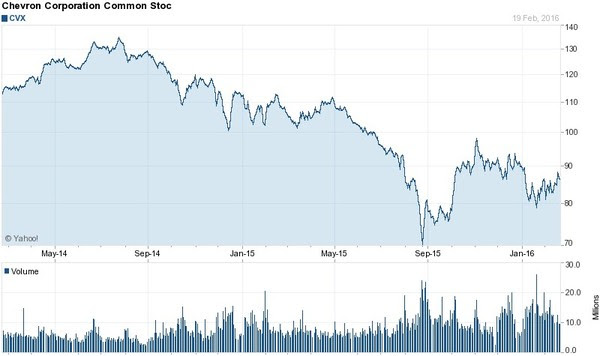 Chevron was buying billions of shares at the worst possible time.  And buying none now that its shares have gone on sale.

That isn’t to pick on Chevron, they are just doing what the entire industry does.

In 2014 Marathon Oil’s (NYSE:MRO) stock price spent most of the year above $35 and the company repurchased $1 billion worth of shares.  Marathon is NOT one of the major oil producers and a billion dollars is real money.

In 2015 Marathon repurchased no shares even though its share price was near the single digits by the end of the year. 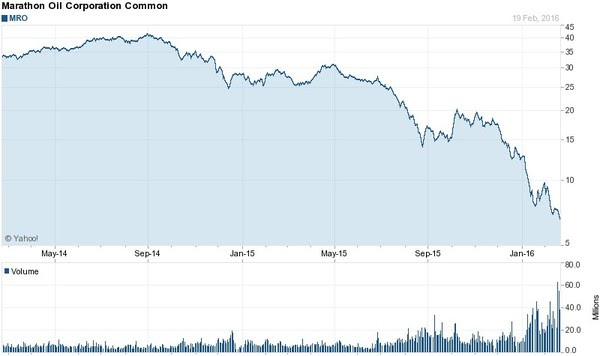 Marathon now finds itself looking to sell assets in a horrible market for dispositions in order to shore up its balance sheet.

I bet the company would like to have that billion dollars of 2014 repurchases done when the share price was near its all-time high back in 2014.

Again, this isn’t to pick on Marathon.  After all everyone is doing it.

Even the 800 pound gorilla Exxon Mobil (NYSE:XOM) buys shares aggressively when they are expensive only to cut back drastically when the share price is depressed.

Here are the last eight quarters of share repurchases by Exxon in the billions: 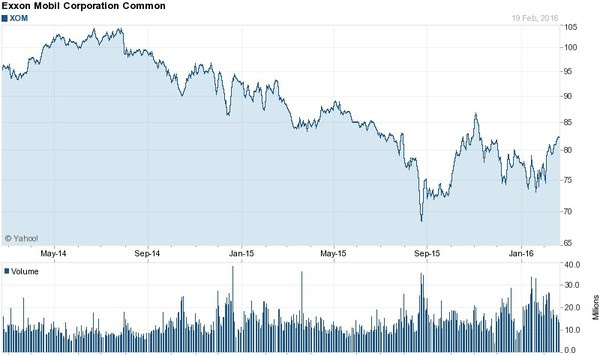 I came away concluding that the people leading these companies have either done a terrible job in making share repurchase decisions or that they have no idea that they produce commodities that tend to be cyclical in nature.

Now, if  you haven’t stopped reading in disgust, I want to introduce you to someone. 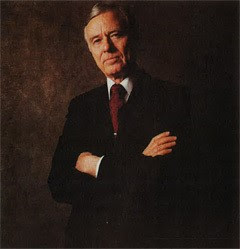 “Henry Singleton of Teledyne has the best operating and capital deployment record in American business”.

That sentence above is not my assessment of Henry Singleton.  That quote is attributed to Warren Buffett in John Train’s classic investing book The Money Masters.

An investor who bought Singleton’s Teledyne stock in 1966 and held it for 25 years made 53X on the initial amount invested.  Cha cha cha!

The biggest key to Singleton’s success in creating shareholder was how he used the share price of Teledyne to his and his shareholders advantage.

Using richly valued shares to acquire other businesses at lower valuations is immediately accretive to earnings.

In total Singleton made 130 such purchases.

Make a note for later.  When your stock is expensive you don’t repurchase it, you look to use it as an acquisition currency.

But Singleton wasn’t a one trick pony.

In the 1970s the stock market swooned and so did the share price of Teledyne.  At this lower price Singleton believed that Teledyne’s shares were significantly undervalued by the market.

Again, Singleton knew what to do.

He bought back shares.  A lot of them.

From 1971 through 1980 he reduced Teledyne’s share count by nearly 75 percent.  In doing so each remaining shareholder owned much more of Teledyne on a per share basis after the repurchases.

Singleton used what the stock market was doing with Teledyne’s share price to the advantage of his shareholders.  Teledyne didn’t suffer from stock market volatility, it benefitted from it enormously.

Who couldn’t figure that out?

It is a simple concept, yet few managers put it into practice.  None have successfully exploited the volatility of the stock market the way that Henry Singleton did.

When you see what the big oil companies have been doing the only conclusion you can reach is that they have never heard of Henry Singleton.

Now, to be fair, nobody saw the sudden-ness or depth of this downturn in oil price coming.  But this IS a very cyclical business.

And now, all of these companies clearly need to stop repurchasing shares in order to protect their balance sheets. I’m not suggesting that they should be doing anything differently today.

However, this is the position that they have put themselves in.

If these companies had either paid down debt when oil prices were $100 per barrel and stock prices were high—or let the cash burn a hole in their pocket until a cycle trough—their balance sheets would not be a concern.

Investors see it cycle after cycle.

These companies get aggressive spending their cash when commodity prices are high only to have to hunker down to ride out the storm when inevitably the bottom falls out.

These companies shouldn’t be worried about cash burning a hole in their pockets.  They should not buy back shares at the top of the cycle.
Just relax and let the cash build up on the balance sheet.

Then when the cycle turns down that cash is available to buy back shares or make acquisitions or just allow shareholders to have a good night’s sleep.

Another word for this is discipline.

I didn’t carefully select Chevron, Marathon and Exxon to prove a point.  These were the first three large producers that I looked at.

Virtually the entire industry is run this way.

The cyclicality in this business should be there to be exploited.  Not to suffer from.

I’m pretty sure that is how Henry Singleton would do it.

Check that, I know it is.

Next post: The Next Big Fight in Oil If Prices Rise

Previous post: $2 Trillion in Spending Will Create A Lot of Profits